Something in the desert air…..

There seems to be something in the air amongst the Kyuss alumni of late. While Josh Homme plays the songwriting foil for Iggys late period flourish, the others seem to have…mellowed. Brant Bjorks latest offering, while still being (very) plugged in, was relatively chilled and jamtastic. Vocalist John Garcia, meanwhile, has gone the whole hog and recorded ‘Coyote’. a completely acoustic album of Kyuss classics and solo songs, and it’s a quiet winner.

Garcia has spoken of this being the most difficult album he has ever recorded, a blood, sweat and tears labour of love. Why, you might wonder, should an album of bare bones acoustic interpretations be so difficult? But, after listening to this subtly remarkable album you will see why. With the fuzz and volume stripped away, these songs have a completely new focus, they are reborn and reimagined. The lyrics and arrangements take centre stage, the songwriting craft shines through.

Opening track, ‘Kylie’ (see above), is hypnotic. The production is warm and the instrumentation sparse but perfectly placed – guitar, keys, tambourines and finger cymbals. There are echoes of acoustic Zep or ‘Unplugged’ Nirvana.

And then we come to the first Kyuss song, the classic ‘Green Machine’ – and what a very different beast it’s become. A twangy, Ry Cooder vibe permeates while the lyrics come to the fore. The song takes on a wonderful, new found vulnerability – not a characteristic you’d usually associate with Kyuss. ‘Space Cadet’ becomes a folk blues – it was always Kyuss’ ‘Planet Caravan’ and this unmistakable (yet radically different) version succeeds effortlessly, these songs carry a new and startling emotional weight.

‘Gardenia’ is mellow and whistful while ‘El Rodeo’ is sinister and moody. The heaviness is still there but it’s a different kind of heavy. A heavy that’s not reliant on over amped guitars and abused fuzz pedals. The hypnotic repetition of desert rock works surprisingly well in an acoustic milieu. The touches of percussion and additional instrumentation put a very descriptive flesh upon these acoustic bones. You zone out, tune in, chill out, groove. Garcias growling croon floats above the soundscapes.

Elsewhere the blues and country roots of these songs materialise through the desert haze. There is beautiful, low key finger picking. It’s psychedelic, intense, lilting and far out. It’s still unmistakably stoner. Yes, it’s chilled and trippy but there is still a darkness out there in the desert somewhere. There’s also a latent power – you can hear the guitar strings rattle during the heavier moments.

It never reaches the wall-shaking bludgeon of the King Buzzo acoustic albums but then it doesn’t need to. That’s not what this trip is about. But it definitely does have its own gravity, it lives in its own space. It’s a musical archaeological dig – in stripping away the dirt, the fuzz, the roar – the songs are reawakened, rebirthed, given back to us in a completely new light. Yeah, we knew these songs rocked but who knew they were this classy? It’s still all resolutely stoner, but it’s post freak out, 2am around the camp fire stoner. Thoughtful, intelligent and nicely fried, it’ll be the perfect soundtrack to, ahem, relaxed summer nights. 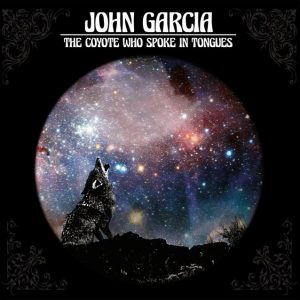