Ok groovers, let’s get up to speed. Here’s the skinny – ‘What Happens Next’ is studio album numero 16 from 6 string maestro Joe Satriani, produced by Mike (AC/DC) Fraser and featuring the talents of Chad (Red Hot Chili Peppers) Smith on drums and a certain Mr. Glenn Hughes on bass. The album is soon to be followed by a new G3 tour (featuring John Petrucci and Uli John Roth) and a Satch documentary made by his filmmaker son, ZZ.

Phew. So, to the album itself. Now, there is a distinct possibility, when reviewing virtuoso instrumental rock albums, to disappear up your own humbucker, so let’s attempt to avoid the dreary muso speak and keep this brief shall we? There is also a risk, with instrumental albums, of them becoming merely incredibly well played background music…except to guitar geeks. The musicianship is pretty much a given, if you’ve got the chops to make a solo album (or 16) then it’s fairly certain to be impressive. But, without vocals, without a human voice or a hook or a theme there is that danger, that chance that songs will blend formlessly into each other, sounding somewhat like very well produced demo’s.

So how does Satriani combat this? By surrounding himself with a shit hot rhythm section, that’s how. No mere technical shredders, Hughes and Smith are seasoned pro’s. Hell yes, they have the skillset but they also play with groove, soul, intuition and feeling and that’s exactly what’s needed here. Yes, ‘Super Funky Badass’ is, indeed, funky, but that’s down to these two – it’s their metier, their thang, it’s what they do. Satch hangs on to their coattails but ends up just adding his usual soulless sheen. Nice big rock out finish though.

The album suffers from an unfortunate touch of middle aged spread, 3 or 4 tracks smack of blandness with, dare I say it, a whiff of smooth jazz. Satriani’s guitar assumes the role of vocalist, adding melody and voice to the backing track. There are, however, stand out tracks – the epic riff of ‘Thunder High On The Mountain’…well, with that title it had to pull out all the stops. The band also collectively play their hearts out on the frenetic ‘Headrush’, while ‘Smooth Soul’ has echoes of Weather Report’s ‘Birdland’.

Overall, this is worth your time and attention. It’s good. Not awful, not great. Good. Satriani’s playing, as ever, is flawless, and therein lies it’s…erm, flaw. It has an airbrushed filter of perfection – there are no risks, no fluffs, no feeling, it’s all technical proficiency. Put simply, it’s a very well played instrumental rock guitar album by consummate musicians. Now if Glenn had lent his vocal chords… 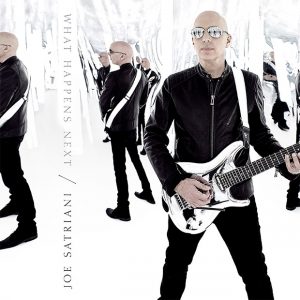