Volunteering to review Joe Satriani by someone who is not a musician, let alone a guitar player, may not be the cleverest thing to have done! As it turns out, even musicians struggle to understand some of his unimaginable tricks and techniques, god forbid actually trying to anticipate what he may have up his sleeve next. There is, therefore, no point trying to be clever by Googling guitar techniques, and it is best to just stick to writing an honest hearty fan’s review. Which can begin… and end with one word: excellence.

Satriani’s career, spread over three decades and a bit, has earned him a top place in rock’n’roll history as one of the most renowned guitar gods. Unique in his own style and sound, he somehow has always managed to remain original and unpredictable, while maintaining the highest level, somewhere up there amongst the stars, and not repeating himself. Which is particularly amazing given his respectably high productivity – releasing new albums every couple of years.

This year’s album was originally going to be promoted with a massive world tour which, unfortunately, had to be postponed to April and May 2021 due to the Covid-19 pandemic. While awaiting for the crisis to settle, at least the album is here for fans to enjoy and look forward to hearing live.

As is the case with most of Satriani’s songs, they are not just a demonstration of his instrumental and technical skills in guitar playing. They are, first and foremost, accomplished tracks with perfect (and some – rather elaborate) composition, internal development and even a storyline, which could be an oxymoron, given the fact there are no lyrics to accompany the music.

“Shapeshifting” is a title that summarises the album literally. No two tracks are the same or even similar, and each one takes you to a new place, a different dimension, with its own mood, story, and even visualisation. It is particularly interesting to observe the link between each title and the story told within the canvas of the song. In ‘Teardrops’, the visions of teardrops come naturally, and the melancholy is almost physical. In ‘Falling stars’ after the spooky intro you can pretty much see the stars while enjoying the crystal tune and clear guitar weeping. ‘Yesterday’s Yesterday’ takes us to the tropical beach with palms and cocktails… or perhaps to the Wild West – which can also be felt in ‘Perfect Dust’. This is the beauty of instrumental music: there are no recipes, it is all left to the listener’s imagination and interpretation. In ‘All My Friends Are Here’ one can literally visualise the friends having a get together and a good time. ‘Big Distortion’ makes you wonder if this could be played in a stadium (think Bon Jovi kind of experience) with the crowd clapping hands together and dancing along. If this is not shapeshifting, what else is? Masterful, playful and kept varied throughout. 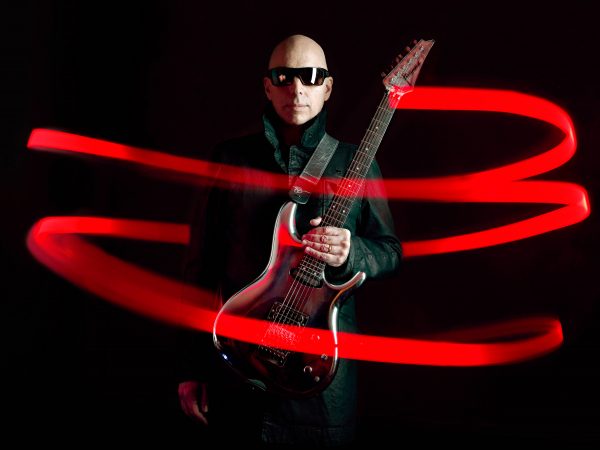 It is also interesting to witness the role of the guitar in these songs. This is, obviously, the main and leading instrument, but also the main storyteller. It takes on so many different roles, leads your imagination into different places and realms, and in some tracks it is pretty much a substitute for the non-existent lyrics. In ‘Perfect Dust’, for instance, the guitar has its own life; it is like a voice, leading you through the canvas of the song. Same in ‘Nineteen Eighty’ – and not only.

What you will hear here is stuff taking us back to memory lane, to the era of Satriani’s eternal classics from his early years: ‘Spirits, Ghosts and Outlaws’; ‘Big Distortion’ (where the introduction is in line with his old stuff from “Flying In A Blue Dream”). There is also stuff which is so much fun and not typically his “style”. ‘Ali Farka, Dick Dale, an Alien and Me’ is funky, and carries a slight African flavour (coming particularly from the drumming style). ‘Perfect Dust’ is playful, a bit country’n’western in the main theme, which is not very usual for the Maestro, and even, funnily, makes you wanna boogie. Similarly, ‘Here the Blue River’ is like a cheeky wink with its underlying reggae rhythm.

Having said all this, rest assured that the typical Satriani sound is not going anywhere. It is here, in the whole canvas of the album, right from the opening track which is shaped by the partnership with the drums, and the change in pace feels like a duel between bass and lead guitar.

There are some nice little numbers here, too: ‘All for Love’ with its catchy tune that makes the song particularly memorable. As short as this track is, it is perfectly composed in a fully formed circle. And, to keep you on your toes, there is so much more. There is a tribute to the likes of AC/DC (think ‘Thunderstruck’) with the shredding riff in ‘Nineteen Eighty’. There is pure beauty in ‘Waiting’, a track starting with a piano solo and children’s laughter in the background. And, to wrap things up nicely, ‘Yesterday’s Yesterday’, a light hearted piece, stands out as the only acoustic track. So, shapeshifting it is: intriguing, tasteful and enjoyable. 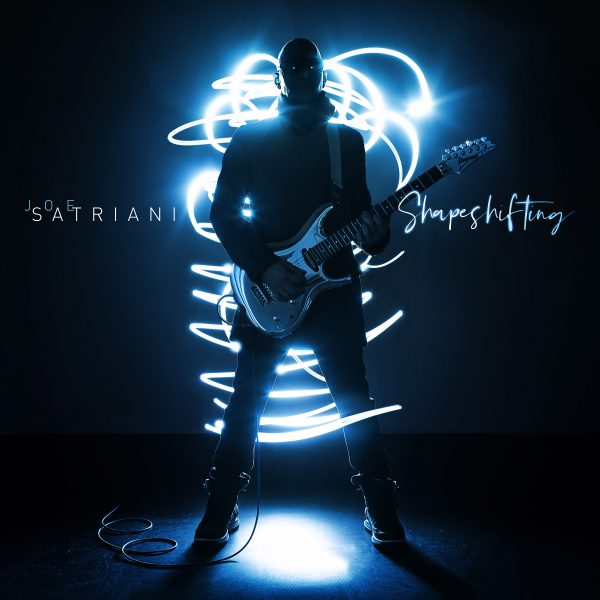