The one about the break up?

Bonamassa is back with a new studio album. It’s his 13th (believe it or not) and his 3rd in a row of all new material. Let’s get the background stuff out of the way – Bonamassa himself has admitted that “I’m going through some other stuff in my life I didn’t expect to be going through” while producer Kevin Shirley believes “it’s clearly Joes deepest and darkest, most personal album yet” (he also planned on “pushing” Mr.B…well there’s a shock). You get the feeling, listening to these songs, that this is Joes ‘Blood On The Tracks’, his break up album…although there’s not much acoustic introspection here.

‘Evil Mama’ kicks things off with THAT drum intro (although why I’m not quite sure) before settling in to a funky, horn laden, big band blues. ‘King Bee Shakedown’ meanwhile begins with a John Lee Hooker shuffle before going all rockabilly – the sound, so far, is brighter and brasher than the dark lyrics.

‘Molly ‘O’ with it’s Zep riffs and thumping heft would have sat comfortably on the last Black Country Communion album. Bonamassa is clearly flitting between genres restlessly, stretching himself. Shirleys decision to recruit the cream of the Nashville crop makes itself heard on the country blues of ‘Deep In The Blues Again’.

We then come to ‘Self-Inflicted Wounds’, a song Bonamassa is justifiably proud of and one of his finest moments. Lyrically and tonally it’s a dark creation but subtle, mature and measured, the guitar solo is low key and insightful. Nope, ‘Pick Up The Pieces’ isn’t a guitar-centric Average White Band cover – instead, Joe channels his inner Tom Waits for this woozy skid row tale.

The album then begins to get more bluesy and the guitar, so far restrained, makes it’s presence felt more keenly. We’re almost two thirds of the way through the album before JB really lets rip and the solo is all the more effective for that. We get B.B.King style big band stuff, a slight tweak of Robert Johnson’s ‘Come On In My Kitchen’ riff (but then who hasn’t appropriated that?), more John Lee Hooker boogies and the flitting between acoustic blues and Zeppelin rock outs (while Bonamassa howls for salvation from a cavernous valley) of the title track – a pocket epic sure to become a Bonamassa live staple.

We get with JB unplugged. Stripped down and intimate, naked and exposed, and we, fittingly, end on an upbeat blues and some rueful reflection, summing up the themes of the album. And what an album it is, one of his strongest and most cohesive to date. Brilliantly written, conceived and executed, Bonamassa is on fine form. The album is paced like a proper old school disc (something Bonamassa often seems to do), from a fairly sedate beginning it just keeps getting bluesier and better and, for such a prolific artist, there is still no sign of the well running dry. Goodly stuff. 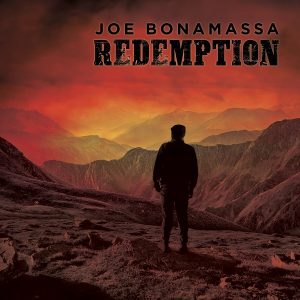