Musical alchemy can be a funny thing and, as a litany of failed unions will attest, in the wrong hands can be rock n’ roll suicide, but in the case of Jo Dog & Paul Black’s Sonic Boom they’ve struck pure gold. Best known for his work in the Dogs D’Amour, guitarist Jo Dog’s unique style also brightened bands such as Shooting Gallery and Hanoi Rocks while drummer and vocalist Paul Black was a founding member of L.A. Guns and his song writing skills sent that band on the path to global stardom. As you expect, an album from two such luminaries carries a weight of expectation but Everybody Rains On My Parade passes the litmus test with flying colours.

There’s nothing quite like the sound of a raunchy rock n’ roll band in full flow and after the briefest of intros (‘Put The Kettle On’) Sonic Boom prove to be a raging torrent. Harnessing the raw power of The Rolling Stones and the Faces ‘Tree For Shade’ comes beautifully gift wrapped in swirling keys and swings with the vibe of a lazy summer’s evening. Jo and Paul are a marriage made in heaven and the latter’s oak-aged vocals fit the former’s unique guitar tone like hand in velvet glove. Swiftly changing gears ‘Up For The Late Show’ bursts at the seams with effervescence and is a musical medicine for the ears. Some music doesn’t bear over analysis and you have to concede that ‘Up For The Late Show’ is just a great, great, great song. With spiky, angular guitars and sublime harmonies that are liberally soaked in melody this is one song that’ll rattle round your cranium for several days.

Given the pedigree that Jo and Paul possess you’d be forgiven for thinking that Everybody Rains On My Parade would be more flashy with each competing for the spotlight to showcase their wares. And while this album is often bright and bubbly the egos take a back seat which, in turn, brings the songs to the fore and, with tunes as good as the melancholy ‘Blue Like The Morning’, that’s exactly where they should be. This is an album that flows perfectly with the jaunty ‘You’re Home’ nestling next to the maudlin ‘High Price To Lead A Low Life’ and, despite the stylistic shifts, they make for easy bedfellows. This is an album best enjoyed with some fine malt liquor and just like beer from the wood the title track is very easy on the palate. The quintessentially English ‘Everybody Rains On My Parade’ recalls classic Kinks, it’s kind of kooky like an offbeat carnival and the insertion of a jazzy mid-section a thing of genius that is born from experienced heads.

What I like most about Everybody Rains On My Parade is its multifaceted nature and with no two songs inhabiting the same sonic space makes for a satisfying listen. With descending scales ‘Sugar Mama’ is like a staircase to some tempting nocturnal world while ‘Mi Vida Loca’ has a real TexMex vibe and exists in the border region somewhere betwixt America and Mexico and succinctly brings together the best of both worlds. Swaggering with attitude, the penultimate (and slightly surreal) ‘Jesus Drives A School Bus’ is a muscular number that’s tempered by some sublime vocals via Tricia Tahara and, from humble beginnings, puts pedal to the metal to deliver an all-out rocker. Bringing a sense of closure ‘With Regards From Hell’ ends the album on a whimsical tone but it also suggests there’s much more to come from these musical maestros. 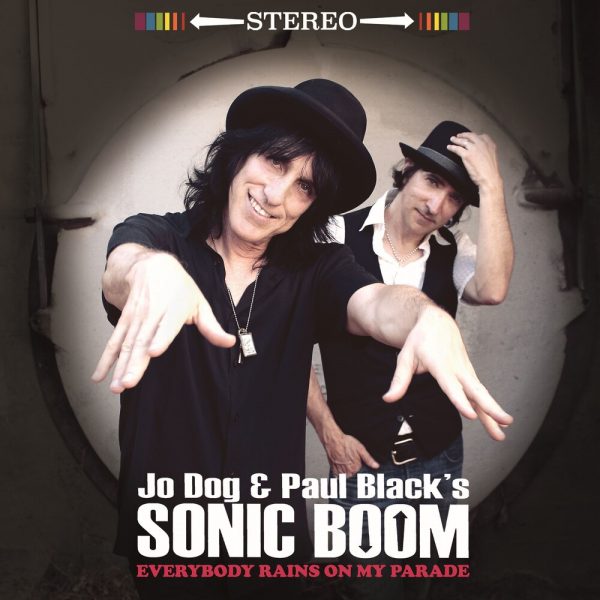