“…blue collar defiance and angsty, lovelorn cries from the heart…”

Conversely, although Australia is a huge country, it has a relatively small population of musical artists. In an emphatic, arguably triumphant, underscoring of that fact’s irrelevance, Hindsight goes a step further. It asserts, very successfully, that the Jimmy Barnes rock’n’roll juggernaut of the last 40 years is just one big family affair, both in ties of blood and ties of brotherhood.

This reboot of songs from the early solo days, collaborations then and now with journeymen Jonathan Caine and Neal Schon; with Stevie Van Zandt, Johnny Diesel and generously gifted songwriter, Chas Sanford; as well as duets on re-recordings of old material with son David and daughter Mahalia, all go to underline an artistic intimacy that never becomes cloying or claustrophobic.

Kevin Shirley produces, buffing up the muscle, giving the album a commercial, accessible sheen, making sure that protean melodic hard rock openers, ‘Lay Down Your Guns’ (with the Living End) and ‘Time Will Tell’ (with Baby Animals’ Suzi DeMarchi) get as close to radio friendly as you can expect in 2014.

‘I’d Rather Be Blind’ (with Jon [Dead Daisies] Stevens) and ‘I’d Die For You Tonight’ benefit greatly here. Reconstructed, reinvented, both are infinitely preferable to any remaster, no matter how expertly done, especially the latter track. Johnny Diesel accentuates the song’s chiming, Stonesy riff, launching Barnes’s vocal into a graceful arc, circling the song’s sensuous curves with singular strength and purpose. A song reborn.

Those battle hardened vocals, bubbling up from a throat that surely gargles gravel, are readily explained by his Glasgow/Steelworker roots. They arrived fully formed back in 1973, shaped by the white heat of a welder’s torch. And when they exploded from your speakers like a home invasion, they seemed ready to dish out actual bodily harm.

And yet, Barnes’s voice was – and clearly still is – perfectly capable of exhibiting a raw tenderness that connects with the record buying public. And that’s the key to these new versions of old tracks. Lyrically, Barnes assiduously avoids mock, chest thumping heroics. His songs, vignettes of blue collar defiance and angsty, lovelorn cries from the heart, often reveal a man hurt by events. But it’s a man who’s never resigned and never in crisis, always ready give it another try. His signature song, ‘Working Class Man’ – “he’s a simple man, with a heart of gold” sums up his philosophy. “He believes in God and Elvis”…while this might seem like a throwaway line from an upstart singer 40 years ago, it’s now delivered in a grainy, time worn fashion by the voice of experience. He treats it like an old friend whose emotions he’s in totally in tune with. And that gives this album a contemporary shine.

Elsewhere, ‘Stone Cold’, written by old Cold Chisel bandmate, Don Walker for Barnes’s Heat (1993) album also gets an elegant makeover. Barnes cedes centre stage to guest guitarist, Joe Bonamassa, whose searing solo illuminates the track like a firework. This is special. And so too is the renovation of ‘Love And Hate’. It was a powerful song to begin with in 1999. But the song’s lyrics resonate even more loudly in these troubled times, and as a collaboration with New Zealand Altrock band, Shihad, it’s absolutely shit hot. Simple, to the point, with a universal sentiment, and it rocks.

Re-recording these 15 “old songs” was clearly no lazy way out of creating new material. The producer, the artists involved and Barnes himself have gone several extra miles to get us there. It’s brilliantly paced, it constantly surprises. It’s intense when it needs to be, and it’s simply self-assured when it doesn’t. 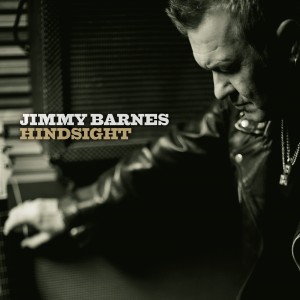