If you’re anything like me, you’ve spent most of this lockdown thinking “when is the guy who did Foetus going to do some work with a guy who experimental scores for stage plays?”  A couple of weeks ago the good people at Ipecac Recordings dropped that very thing into our inbox, and my prayers were answered.  (Not that it was a prayer, it was just a largely rhetorical question aimed at myself – but it goes to show that God hears everything.  Nor that it was God either, although Mike Patton may be close).

This album begins with JG Thirlwell – Mr Foetus himself- who has also produced/remixed/appeared with the likes of Nick Cave, Swans, Melvins, NIN, The The, Coil and Lydia Lunch, to name a hefty few. He met Simon Steensland – a composer who has scored everything from A Dolls House and Waiting for Godot to Moby Dick and Mein Kampf (not even joking) – when they were working on a Scratch Orchestra-style project. Thirlwell decided to send Steensland the score to one of their pieces to see what could be done with it.  Although that didn’t emerge, it did lead them to try to record their own album together. Purely by coincidence, their recording technique could be used as a handy framework for those trying to remain creative under our present living conditions: send over a recording; overdub it; send it back; repeat until the track is finished; repeat until you’ve got an album.  Perfect.  And there weren’t even self-isolating at this point.

The result is a pulverising wall of sound that belongs as much in the realms of Penderecki as it does next to your Fantomas albums.  You can make predictions based upon the titles themselves: “Catholic Deceit”, “Papal Stain” and “Heresy Flank” are hardly going to be easy listening.  There’s definite nods to Red era King Crimson, but certainly with a greater emphasis towards jamming in a broad range of instruments (numerous times I found myself stopping dead to look at the speakers to say “is that trumpet screaming?  And where did that flute come from?”).  In many respects I was greatly reminded of the beautifully unsettling Carboniferous by Zu, and fans of their music since that album onwards will definitely find some comfort here. For those who like things more modest, “Crystal Night” clocks in at a mere 4-and-a-bit minutes, layering drones in much more of a 90s Kranky Records way than the rest of the album, but this is soon dropped in favour of the album closer “Redbug” (interestingly enough, which sounds like Godspeed You! Black Emperor circa their Kranky records years).  It’s one of those great albums that you know you will come back to in a few listens and realise that there’s still things you missed the first twenty times.  You can feel it in your now heavily bruised bones.

One has to find ways to deal with uncertainty and isolation.  As far as promos go, I’ve set up an Ipecac klaxon to be set off every time they send over something new, and that’s helping.  Like expecting the unexpected, you are guaranteed a good mixture of damn-this-is-good surprise, will-people-buy-this? delight and I-don’t-know-if-this-is-genius-or-madness confusion.  That’s as close as we can get to certainty these days.  As for the positives of isolation, the fact that something as sonically overwhelming as this can be produced long-distance and sent directly to me has given me hope that someone out there will keep my soul alive, even when I’m down to eating my last bowl of toilet roll and hand-sanitiser porridge. 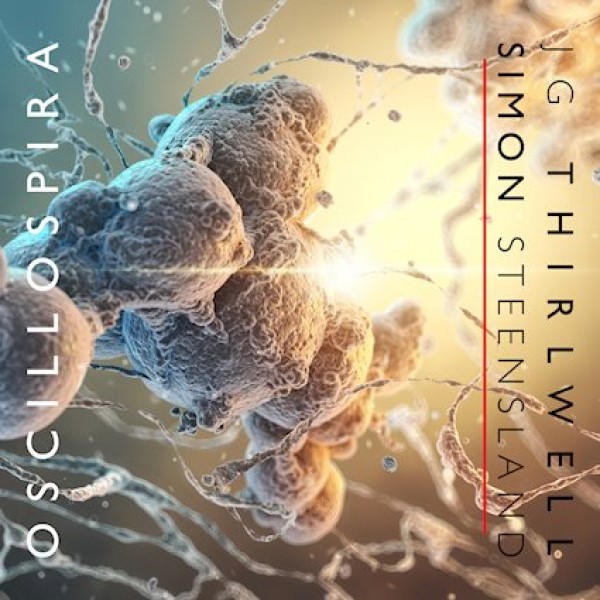