After playing host to Yes’ 50th anniversary celebrations last month, Symphony Hall welcomed another bunch of prog rock stalwarts marking half a century with the arrival of Jethro Tull, still led by everyone’s favourite flute player the mischievous Ian Anderson. Of course whether this is Tull or the Ian Anderson Band is something of a moot point as some cannot accept the continued absence of Birmingham-born guitarist Martin Barre, who went unmentioned during an evening when many others who have passed through the ranks were given a nod. Various songs during the show were introduced on the video screen by former members including Jeffrey Hammond-Hammond and John Evan (and even Tony Iommi who, lest we forget, played a total of one gig with Tull), in addition to some of Tull’s more notable celebrity fans Joe Elliott, Steve Harris and Slash. 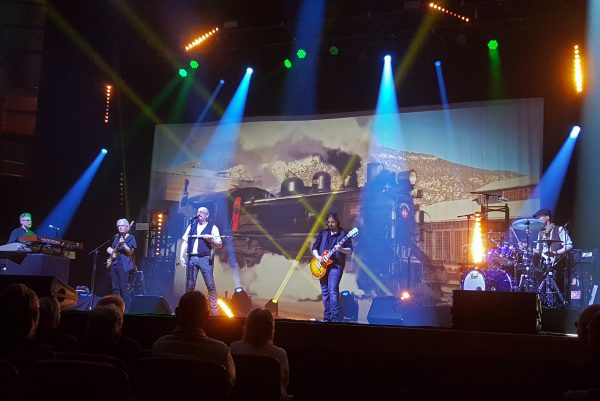 With a depth of material to choose from Anderson perhaps wisely sticks to those he feels more comfortable singing and the set moved in chronological order, with a particular focus on the blues-rock years of This Was and Stand Up. The duet with Florian Opahle on ‘Some Day the Sun Won’t Shine for You’ was a notable highlight and the German guitarist (born when Tull were into their early 80’s Rock years) was impressive throughout. Early singles ‘Living in the Past’ and ‘Witches Promise’ were also included along with the wonderful ‘Bourrée’ and the pacing ensured enough instrumental interludes for Anderson to protect his voice.

For the second half the show moved from prog rock grandeur (‘Thick as a Brick’. ‘A Passion Play’) to the folk rock years of the late 70’s (‘Songs from the Wood’, ‘Heavy Horses’) before eventually reaching the 80’s and ‘Farm on the Freeway’ from the hugely successful and Grammy winning Crest of a Knave. A total of thirty six musicians are credited as having played in Tull over the past fifty years but the current band certainly does justice to their legacy and Anderson remains an engaging raconteur. Tull return to Birmingham in December for a festive show at the Cathedral which promises to be a very special evening.

Set 2:
Thick as a Brick
A Passion Play
Too Old to Rock ‘n’ Roll, Too Young to Die
Songs From the Wood
Ring Out, Solstice Bells
Heavy Horses
Farm on the Freeway
Aqualung