The “captivating persona alterna for the Louisville-based singer-guitarist Evan Patterson”, Jaye Jayle’s two albums, 2016’s House Cricks and Other Excuses To Get Out and 2018’s No Trail And Other Unholy Paths are both a lesson in soundscaping. In the repetitive rhythms is an intensity and an insistence, a compulsion to abandon oneself to the grooves. In the synth-heavy atmospherics and the subdued and elongated melodies lies mystery, enigma, and, curiously, a longed-for release. And while the lyrics bear an emotional heft that is somehow simultaneously meditative and unbearable, it’s the space that the band create and how they craft its content, texturing and layering it carefully, slowly, meticulously for the listener to indulge and explore that is, like Patterson’s persona, nothing less than captivating.

And tonight, Jaye Jayle are in Birmingham for one of only five UK shows on their 19-date European tour. Black-clad, bearded with a guitar hanging around his neck, Patterson is poised behind the synth that opens the evening’s darkly-hued poceedings. Next to Jayle is very bearded bassist Tod Cook, armed with four strings and a distortion pedal to kick in for the deep and dark grooves. Behind them sits drummer Neal Argabright, a drum stick in one hand and a beater in the other. And stage left sits Corey Smith, his synth-stroking fingers occasionally strumming the guitar or gently beating on the floor tom at his side. Together, this quartet make a wonderfully enchanting noise and to witness them at such proximity and see how they work together, playing when and what is required to move and shift and shape the air, is incredible.

Opening with ‘No Trail (Path One)’ and ‘No Trail (Path Two)’, this evening’s diminutive venue is, by deliberating degrees, transformed into a space between worlds. Atmospheric and trance-inducing, the set is a balance of complexity and simplicity, complex in the interlacing of sensations, of sounds, of emotive weight, and simple in design and delivery. While the near-barren yet densely weighted atmosphere of tracks such as ‘Ode To Betsy’ and ‘Low Again Street’ contrasts with the intense heaviness of ‘As Soon As Night’, there is a darkness and a mesmerising power present throughout the set that makes it impossible to resist being caught up in and cascaded through the gently pulsating and relentlessly seductive mantras. The hour-long set passes far too quickly, Jaye Jayle leaving us at the end of a journey that is somehow inexplicably revealing and rewarding. Somehow a little dazed we may be but what lingers long from this evening’s performance is the feeling that this deep adventure into underexplored territories has long been in need. Musical experiences such as this stay with you for a long time. 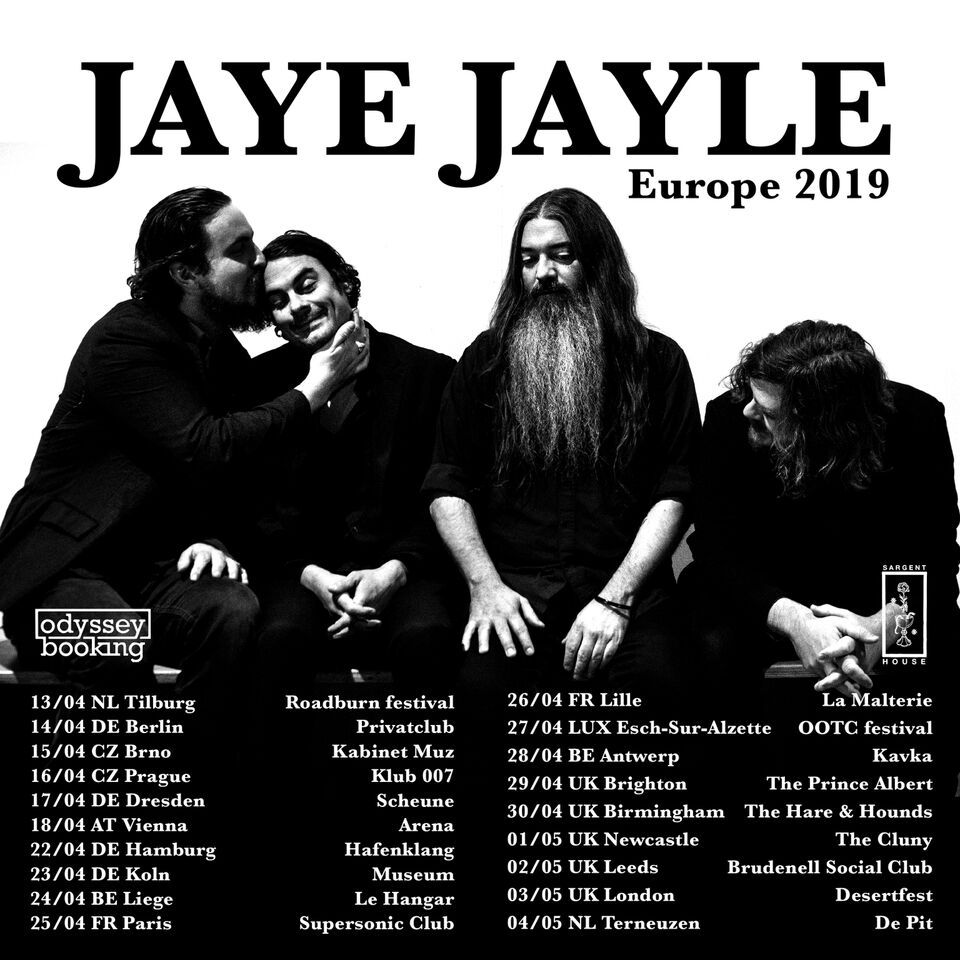