These are the droids you’re looking for…

Words (including an apology for that awful pun) by Jason Guest

With but a snare, a kick, a floor tom, a hi-hat, a ride and a crash cymbal – all of which are hit very much and very hard – to the drum kit on one side of the stage and two very noisy guitars and a very noisy bass on the other, Atlanta, Georgia’s pleasantly noisy quartet Dasher introduce themselves to Birmingham. While the stringed-instrument-wielders bash and mangle the crap out of their aural arsenal, drummer/vocalist Kylee Kimbrough batters the crap out of her diminutive drum kit and screams and shrieks and shouts the walls down in wave after mounting wave of reverb-and-delay-drenched ire. Given how hard she hits the kit and how much rage there is in her vocals, it’s probably for the best that the other three are on the other side of the stage. There’s little if any banter between songs, just wailing feedback and 1-2-3-4 and back into the sonic assault. And the wonderful racket they make quickly gets Birmingham’s approval. With an album in the works, this is a band to keep an eye on. And hopefully we’ll be seeing them in the UK sometime soon.

And smaller in number but no less loud than Dasher (must be that extra cymbal) come this eve’s headliners, Canadian duo Japandroids. Though a tad, shall we say, “brighter” in tone than Dasher, they are just as powerful. Touring in support of their third album Near to the Wild Heart of Life released earlier this year, the crowd are more than pleased to see them on tour in blighty for the first time in four years. And so Japandroids give the crowd exactly what they want and what they deserve for such a long wait: a blazing set played with all the fervour and fire that their anthemic discography embodies and inspires in this devoted and enthusiastic crowd.

It’s not long before the duo is drenched in sweat and the crowd are dancing and singing along, the energy of both band and crowd feeding into and off of each other. To encounter Japandroids in an intimate setting such as this is to witness and be part of a stadium performance. They’ve got the songs, they’ve got the choruses, and they’ve got not just the energy but that distinct and defiant optimism that brings crowds many times the size of this together in triumph and celebration. A great set from a great band. I suspect that when they return to these shores – hopefully sooner than four years – it’ll be in a much bigger venue. 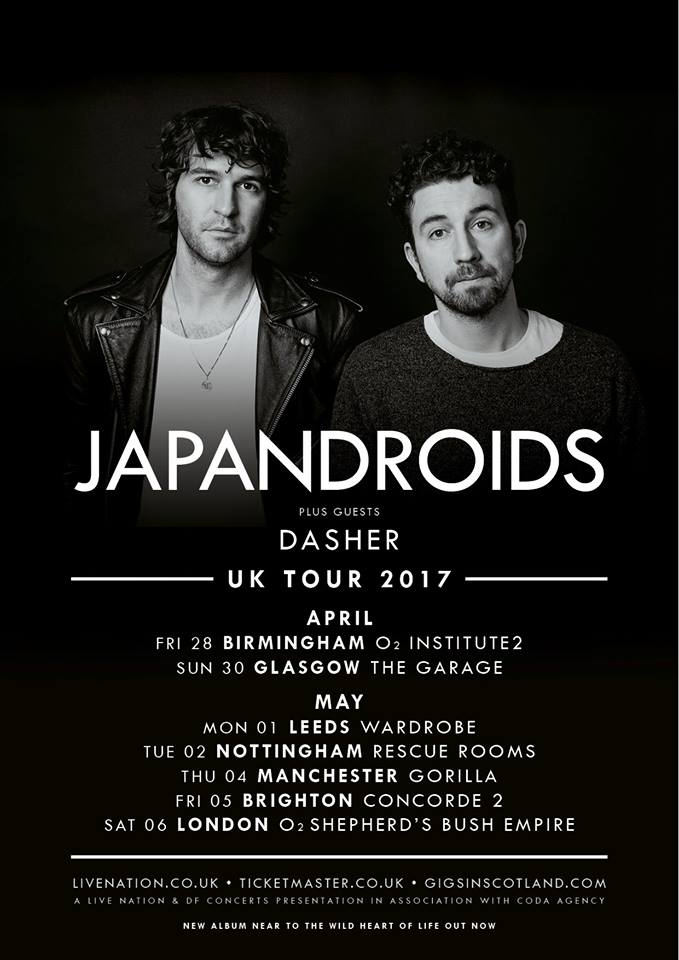