James LaBrie is back with a new solo release for the first time since 2014! Well, if this doesn’t get tongues wagging, what will? Let’s put some popcorn on and look forward to what the critics will have to say about that! Which comes with the territory of being one of the biggest in your genre. Dream Theater are used to hearing it all: yet nothing takes away the shine off their stardom, or changes the fact that, whether some like it or not, they are the best of the best.

Beautiful Shade Of Grey is released not long after Dream Theater got official recognition through a Grammy Award, and an undisputable organic part of this success is James LaBrie.

Heads up for those who have been following James’s career over the past three decades: this album is nothing like his previous solo projects! It shows a different side to him, and this is totally intentional on his part. As LaBrie said in a recent interview, he wanted to show that there are many layers to him, as a musician and as a writer. And, man, does he succeed in that!

This is an absolutely beautiful and complete piece all around. It is very much acoustics driven, with ample keyboards presence, in the spirit of art, classic and prog rock more than prog metal, yet more like Dream Theater than his own previous albums (think their earlier work with elaborate curvy keyboard solos and more melodic stuff like ‘The Astonishing’).

The gentle acoustics canvas of the album conveys, as if effortlessly, a wide range of emotions and moods. James has thrown a lot in here, all of it blended tastefully and organically: serious, socially poignant lyrics and messages, philosophical concepts, even good old love admissions (including some cliched and sleazy lyrics for good measure). He does what only the best singers manage to achieve: in his own words, to ‘create a different voice for each song, depending on its lyrics and vibe, to convey the message lyrically and musically. You should get the vibe just from the emotion in the voice.

You will hear some stunning emotional ballads (with gentle multi-layered orchestrations and cellos – ‘Sunset Ruin’, or angelic guitar harmonies in the best traditions of Led Zeppelin – ‘Wildflower’), some funky melodies (‘Devil In Drag’. ‘Hit Me Like A Brick’), some Spanish flamenco style guitar instrumentations (‘What I Missed’, ‘Sunset Ruin’), and the glue of it all is beautiful, heartfelt melodies, and James’s vocal brilliance.

Special mention goes to ‘Conscience Calling/What I Missed’ (two songs interlinked into one) with a goose bump acapella intro, and Zeppelin style multi layered guitars. One second James sings as if on the outbreath, gently and effortlessly, while next moment his voice soars in the way we are used to hearing it reach impossible heights with Dream Theater.

The third single to come out of the album, ‘Am I Right’, is a gentle acoustic track where the featherlight guitar can do credit to magicians like Joel Hoekstra (think his acoustic album back in the days). James mixes up the style of his singing here again, from whispering on the outbreath to powerfully raising his voice, for more impact supported by female back vocals.

Lyrically, the album evidences LaBrie’s maturity and search for the good in humans who have strayed from their path (‘Devil In Drag’ being a metaphor for ball and chain, telling the story of those who have, eventually, ended up on the darker side) and sooner or later reflect on that. In James’ words, “A lot of these lyrics are dealing with the beauty of human beings, and a lot are dealing with the grey areas of the in between. You’re not exactly happy, but you’re not exactly sad, either… So, the album is about the good side in us.” A beautiful and powerful message, in touch with the challenges of present days!

We must also mention James’s 23-year-old son Chase who, following the suggestion of the album collaborator Paul Logue (from metal band Eden’s Curse), has not only taken on drums, but also plays a very active part in the arrangements and, overall, the production of the album.

At the end, James pays tribute to Led Zeppelin, which feels like a logical culmination of their spirit that can be felt and heard through the entire canvas of the album. This is easily the greatest cover of ‘Ramble On’ to date.

Beautiful all round album and an absolute must for anyone considering themselves fans of James or Dream Theater. 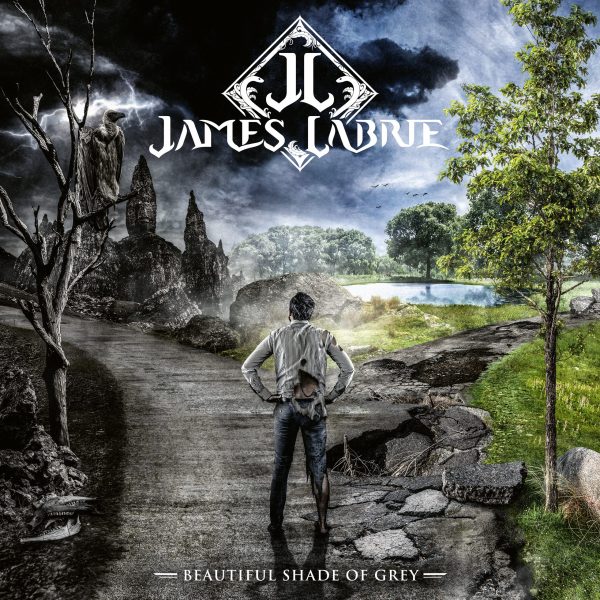