Once more, Jason Guest sets himself up for a beating with three more releases from Iron Bonehead Productions. To find out more about the label, you can pay a visit to their website, take a listen on Soundcloud or Bandcamp, or get up-to-date info on their Facebook page. In the meantime, this is what we’ve got for you:

Meaning “Cult of the Offensive” (“offensive” as in the noun meaning “an organized and forceful campaign to achieve something”) in Czech, the main person behind Kult Ofenzivy is to remain nameless. But one look at the artwork and a quick blast of the album and I would wager that there’s a direct connection with Triumph, Genus (album review here; and interview with Svar). As for any similarities in sound, Nauky Ruznic, the band’s third album, is just as grand, arrogant, defiant and self-assured but is all its own. An arduous journey that demands – and deserves – much attention, a twenty-five minute piece in five movements, the album plots a simultaneously cold and fiery path through an array of brutal atmospherics and callous and uncompromising structures. The band once again lives up to the achievement aspect of their name. 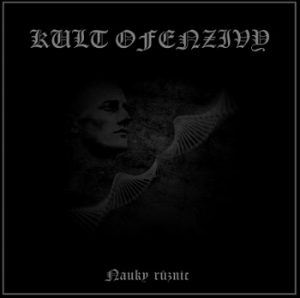 For the last eleven years, Canada’s “Black Metal / Goat Metal” mob Necroholocaust have released two demos, one EP, and – since 2007 – nine split releases. About time for an album then, yes? Nine tracks of war-adoring, anti-Christian goat worship, Holocaustic Goat Metal is a sweaty, seething, storming mass of black, death and grind brutality slammed together in a fit of bestial rage. Hostile from its merciless beginning to its battered and bruised end, each track is delivered with an unremitting savagery capable of destroying a church from a thousand paces.

Blasting past at a thousand miles per hour, the first six tracks on Side A blur into one long violent and chaotic ejaculation of hatred. With three tracks in twenty-one minutes, Side B is much more ambitious and sees the band augmenting their already ferocious sound with atmospheric elements and structures that are more elaborate yet no less menacing. The vocals are deep, guttural, and tainted with all the odious splendour of the sewer; the riffs are ruthless, the lead work cutting and frenzied, and the atmospheric passages chilling; the bass growls and snarls its distorted and dragged lines in the darkness; and the drums, well, they’re there, somewhere (the bass and toms make their presence felt but the snare is so tight and tinny that it almost sounds like a cowbell). Yes, a minor annoyance (and a petty one, granted), but it’s overshadowed by the album’s supreme quality. Highly recommended. 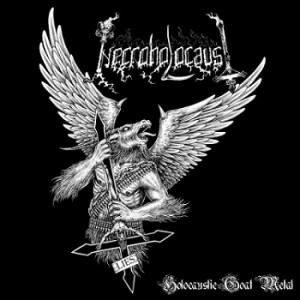 An aptly filthy production for the filth-ridden pestilence that feeds this album, Nuclear Perversion’s debut is an impressive one. Of all the tracks, the forty-two second burst of blasphemous bile that is ‘Fistfuckchrist’ captures everything about this band and threatens to overshadow the other tracks. But with the merciless salvo of ‘Misanthropic Annihilation’, the hellish grind of ‘Crushing The Symbols Of The Ho’, and the more dynamic approach of ‘Weapons Of Mass Perversion’, Desolation Rituals has got much to offer to the more discerning maniac. 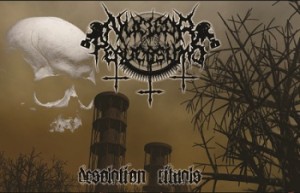