And sometimes just one word justifies composing an album…

Two years after the Zur späten Stunde | Zeiträume (reviewed here and interviewed in 2013 here), Total Negation is back with album number three, Zeitzeuge. Another master work from a skilled craftsman and intuitive musician, it sees mainman Wiedergaenger pushing his music further into uncharted and unendingly creative territories. Here, he talks to MR’s Jason Guest about the album, its themes, the writing and recording, choosing to perform the vocals in his native German for the first time, and Frank Zappa’s anti-advice about being remembered…

Thank you very much for taking time out for this interview and congratulations on Zeitzeuge (reviewed here), another excellent release from Total Negation. For you, what kind of progression does it mark since the combined release of Zur späten Stunde and Zeiträume?

Thank you. On Zeitzeuge I used a totally different approach to writing and recording a Total Negation album. I don’t know If you can call it a progression, because this time, I simply did some things different than before, which doesn’t mean that I’ll never return to the old formula, so to say. I had a different goal for this album, so I chose the fitting methods and ways of expression. The most obvious change is the vocals, but they just had to be that way, otherwise the album wouldn’t have worked.

Can you tell us about the development of the album? Did you have an idea of what you wanted to achieve with it or did it evolve as you were creating it?

This time, most of the material was composed before I started recording, which is quite different to how I handled things on the previous records. The name and the rough lyrical concept were there from the start, so the intention and the musical ingredients were clear since the beginning. Many unplanned details found their way into the music on the way which is very healthy and natural thing.

The “Zeitzeuge” is a contemporary witness, who lived a life of watching others instead of taking matters in his own hands. Important themes are the feeling of guilt and the thought of leaving no traces at all after death. The inspiration comes from the question, if it is important to be remembered. Frank Zappa once said it’s not. Maybe I’ll get to that conclusion myself at some time.

Actually most of the material was written during the time of the first album Zeitenwende. I started to record drums and guitars in the summer of 2009 and the whole album project grew bigger than I imagined including many difficulties and a loss of focus. I shelved the whole thing for some years and in the meantime I did Zur späten Stunde | Zeiträume. During these three years, I sporadically worked on the lyrical concept for Zeitzeuge, but didn’t really get a grip on what I wanted to say. In 2013/14 I finally did get a hold of the whole project again and filled up all the gaps.

Listening through your previous releases, it’s apparent that Total Negation is continually evolving. Is there a sound or an idea (or an ideal perhaps) that you are searching for in creating music?

The answer can already be found in the first sentence of your question. I want to do things differently with every release, because I don’t want to repeat myself artistically. Further I’m always in search of sound and depth, but these words and ideals can be interpreted very widely.

What role do lyrics play in the overall Total Negation sound? Are they as important as the music?

Lyrics and their performance are a part of the music, so it doesn’t really make sense to separate them from the instrumental parts and to place them above or below. It’s the same thing with drums for example. You would never ask if the drums or the music are more important. It’s all woven together. Sometimes the essence of the lyrics or the initial spark of just one word motivates me to write music. And sometimes just one word justifies composing an album. That was the case when I started with Zeitenwende and Zeitzeuge.

Other than it being your first language, why choose to sing in German?

I used English on the demo, simply because I didn’t think of German as an alternative. To verbalize ideas in English might be okay and practical, but I felt a distance to what I was singing and it didn’t have that honesty I wanted. Zeitenwende was the first attempt to use my first language in music and it made me feel much more comfortable.

Can you tell us about the artwork? What does the figure with root-like feet represent?

He is the Zeitzeuge; overwhelmed by the horror of watching time go by and not being able to contribute to his surroundings; rooted to the ground, surrounded by mortality, like a silent watcher of the world.

Benjamin A. Vierling is responsible for the painting. My label Temple of Torturous already worked with him as you can see on the latest Fyrnask album. I trusted Benjamin to come up with something great and fitting in relation to the lyrical concept, and he did. It gives the album a very distinctive face. I couldn’t be happier with the result.

What does the future hold for Total Negation? Early days I know as the album has just been released but is there more music in the pipeline?

Yes, the 4th record is in development as we speak, so to say. The whole process will be different once again. My goal is to focus much more on songwriting and the overall sound. In a way, it is much like the approach to pop music: total focus on how efficient the song works and a better definition of its essence. Once you get the clarity of what it is you want to say and deliver, the song you’re working on will be so much stronger. It is like bundling certain parts of yourself into tiny digestible bits.

Any plans to tour in support of Zeitzeuge? And will we be seeing you in the UK anytime soon?

There are a handful of shows planned in Germany, but not a full tour. Next stop will be Cologne on 31 July. Paired with the right kind of bands, a small UK tour would be a good thing, if the financial risks could be kept to a minimum.

I’m making it a tradition now to close every interview with the following sentences: Stop listening to genres. Listen to music. Everything will be much easier if people start thinking that way. Thank you. 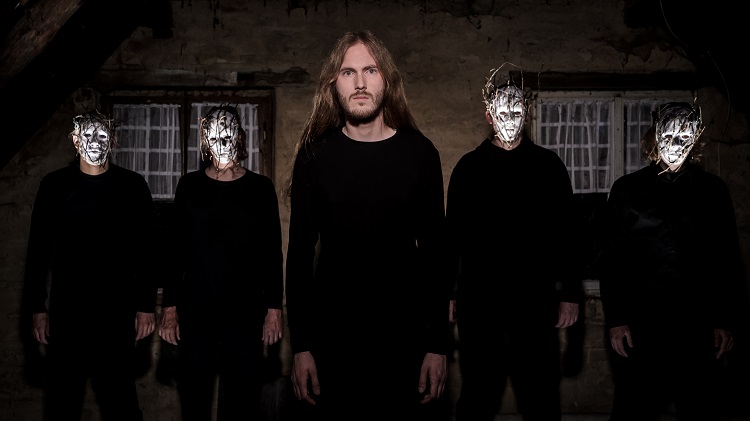