With their first full length, Volumes, released through Black Bow Records on 1 April 2015, Guitarist Tommy of Glaswegian Doom, Psychedelic, Rock, Metal outfit Headless Kross took time out to speak to MR’s Jason Guest about the band, their label, the new album, Volumes, and it’s evolution and themes, the balancing act between life, work and music, and a word of warning to keep an eye out for birds making robots out of twigs and spit… 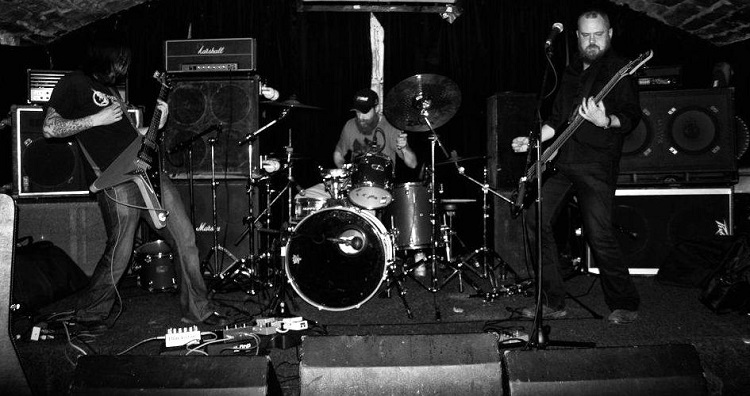 Hi Tommy. Thanks for taking time out for this interview and congratulations on the new alum, Volumes. Just to get us up to speed, Headless Kross has been working together since 2011. How has the band evolved during that time?

Hi Jason, thanks for taking the time to interview us! The line-up of the band has remained the same all the way through our time together. Musically we have evolved in that when we started all we knew was that we wanted the music to be slow and heavy. We just threw everything in the pot and let things take its course. As time goes on we get better at playing together and I think we’re starting to develop our own sound on this album rather than it sounding like a bunch of influences mashed together. We subconsciously push ourselves a little more every time we write something new to try and do something we haven’t done before.

How did you come to work with Black Bow Records for the release of the album?

Black Bow is run by Jon from the band Conan who we have shared a bill with on a few occasions when they have been up in Scotland. He also runs Skyhammer Studio and we were considering using Skyhammer to record Volumes. We’d heard the work Chris Fielding, the engineer there had done with Conan, Slomatics, Coltsblood and a few others and we liked the idea of getting away from Glasgow and everyday life for a few days to concentrate on what we were doing. We suggested to Jon that he might want to release it on Black Bow if we came down to record and thankfully he thought it sounded like a good idea. Jon then got Jurgen from Burning World Records in Holland involved and they will be releasing the cd and digital versions of the album with Black Bow pressing the vinyl.

What was it that you wanted to achieve with Volumes? What kind of progression does it mark for the band?

It became clear early on in the writing process that the songs were going to be longer than anything we’d done before so we were really trying to achieve a good balance between long, drawn-out, hypnotic riffing and keeping the listener interested right through a whole song. With some hindsight I think for the most part we’ve managed to do it. It can always be improved upon but overall we’re pretty pleased with how it came out and it certainly progressed musically from previous releases.

Yes, it’s all new material. We probably started working on the songs around the start of 2013. It took a long time for the first track, Rural Juror to come together. It ended up being 22 minutes long and I’m pretty sure we started playing parts of it live before we even finished it. We wanted to play all the songs live before we recorded them to let them evolve a bit more before putting the document down. Songs always change and settle in after a while so we wanted to get at least some way down that road before recording.

The three tracks that make up the album explore “the well-worn theme of nature reasserting herself in an incredibly violent way”. Why this theme?

Derek like’s that sort of idea. Not in any sort of ecological way, more like the sort of thing you might find in Algernon Blackwood’s ‘The Man Whom The Trees Loved’, or ‘The Great God Pan’ By Arthur Machen – Nature as this terrifying force to which we are just an itch, hoping not to be scratched. It’s an idea that has appeared in several of our songs, and in this case it is partly birds as the medium for nature to exert its blind force, by getting them to make robots out of twigs and spit. It’s also about the same thing, but if the natural state of thought, meaning and words reasserted itself, with a different sort of violent result. 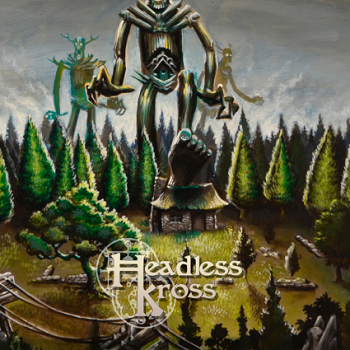 The man behind the artwork is W. Ralph Walters, who works as a freelance artist and lives in Columbus, Ohio. He contacted us after hearing the band and offered to do us a t-shirt design to see what we thought of his work. We gave him a bizarre brief about birds building a robot out of twigs and somehow he managed to come up with a great design so for the album we asked him to expand on it basically. Our instructions probably drove him up the wall but we love what he came up with.

From what I’ve read elsewhere, you’re all in full-time employment. How do you balance the everyday with making music and touring?

We take the attitude that if we get offered something and we can do it, we will. If we can’t do it due to other commitments in our personal or working lives, then it’s no stress. It’s disappointing sometimes when you have to turn down something that would have been really cool but we knew when we started the band that if we were fortunate enough to get these opportunities, some of them would have to pass us by. In saying that, I think we get quite a lot done. We play pretty regularly and do our best to get out on the road. Derek is a college lecturer and is therefore limited to when he can take holidays for band stuff. Myself and Jonny are both part of a workers cooperative called Greencity Wholefoods and I also run a recording studio. We keep fairly busy.

Early days I know as the album is yet to be released, but what does the future hold for the band? New material in the works?

New material is always in the works. We have a couple of things we’re working on and we’re gathering ideas and inspiration for another record. We just want to keep playing, developing and just see where it takes us.

Do you have any plans to tour in support of the album? Any plans to play in the Midlands? You’d be very welcome.

We’ll do as many gigs as we can in support of the album. We’re off to Ireland for a short tour in August and we’re planning some European gigs towards the end of the year. We haven’t actually played south of the border yet. Someone needs to offer us something!

Just like to say thanks again for the support and for checking us out. You can hear various releases of ours at our Bandcamp site and you can find out what beer Jonny is drinking at practice on Tuesday by looking us up on our Facebook page. 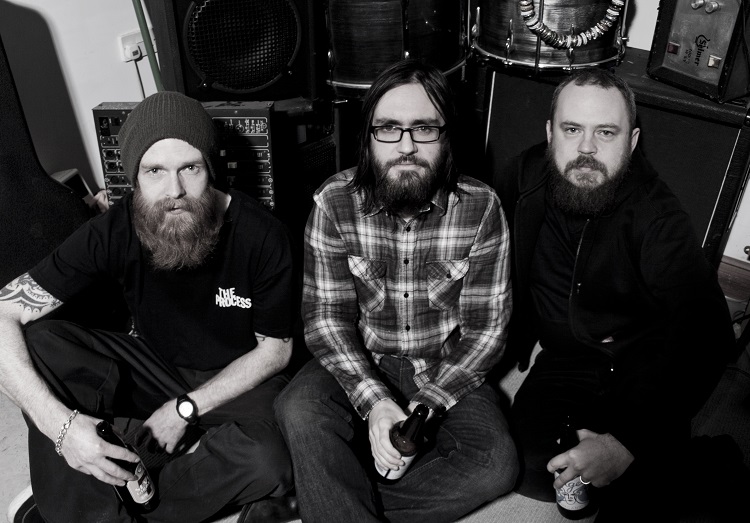