The crowd were kicking the shit out of each other!

Ahead of their set at Hit The Deck festival on 26 April 2015, Tim, Josh and Richard of Hacktivist spoke to MR’s Nathan Daniel about their hotly anticipated upcoming album, cover songs and their band having its own genre…

How was yesterday in Bristol?

Awesome, it was good fun! The crowd were kicking the shit out of each other, so that’s a good reaction. It was nice to catch up with loads of other bands that we’ve seen around on the road, but don’t get to see that often.

Did you get to check out any bands – who were your favourites?

Skindred, obviously – they were insane. Devil Sold His Soul were awesome, too and we saw a little bit of Monuments, they killed it! It was tough yesterday because all the stages were so spread out, like, a 20 minute walk between each one and it was pissing it down with rain as well.

Nottingham, then. What have you made of the shows you’ve played here before?

We played Rock City last year and maybe the year before and it’s a wicked venue. We haven’t played the big room yet, though.

Has there been some exciting stuff going down in the studio lately?

The album was completed about a month ago. We’re literally just waiting for all the niggly bits to go through, crossing the t’s and dotting the i’s.

What can be expected? Is it similar to the EP?

No. Well, it is, you listen to it and it sounds like Hacktivist, but we’ve gone a completely different direction. It’s progressed and refined and has more of a distinctive Hacktivist sound. We’re buzzing to get it out!

You’ve got another cover on the way soon with a certain little publication (Rocksound), too. Tell us about that…

We were going to do Red Hot Chili Peppers‘ ‘By The Way’ and then the more and more I listened to the song, I couldn’t imagine Jay and Ben going “OOH! AH” and all that shit. A Chili Peppers cover could have worked, but it would have needed to be the perfect one. We couldn’t find a way of making it mean or anything like that. It had to be from an era didn’t it – I think the brief was 2000s onwards, which was pretty open. Rock Superstar kind of lent itself – we’re all Cypress Hill fans!

Hit The Deck’s one of the earliest festivals of the year, but you’ve got a fair few lined up for the summer now – 2000 trees, NASS, Y NOT, HEVY.

Yeah, definitely. It’s a quieter one than what we’re used to, but the festivals we are playing are ridiculous. NASS is meant to be amazing. Some of the people that are playing there are just ridiculous too.

Tony Hawk’s there. Are you going to be hitting the skate park with him, then?

Oh yeah, we’ll outskate Tony Hawk. We’ll rollerblade next to him like, “Step aside old man!”

Have you seen the video he put out with his little kid, recently?

It was wicked! Yeah, she was on the board with him wasn’t she? It was awesome. He’s looking old though, isn’t he.

A band who have their own iTunes genre…what do you make of that?

That’s unreal! When you search for our band it comes up with Hacktivist for the band name, album name and genre. Unless it was just a typo or something? Haha. It’s cool though, man. It shows exactly what we strive for – to be different. To create a genre that is our band name is awesome. I wonder if anybody else will sound like us and then they’ll put them under the same genre?

Yeah! Maybe you’ll get some tribute acts coming out after the album is released…

There’s already one. There’s an Australian Hacktivist. Well, I say they’re tributes, they’re not. They’re doing their own thing, but it’s similar to what we do and I don’t believe it’d be out if we didn’t exist. That’s how music is, though isn’t it. Imitation is the most sincere form of flattery.

You’ve toured a big area of the world now – Russia, Australia, India etc. Where else would you like to play?

Japan! Our next big target is Japan, I’ve never even been. Australia was amazing and India was incredible, but Japan would just be the place. Hawaii or Vegas? Maybe Hacktivist will tour the Caribbean, haha.

It must be crazy going to non-English countries that are able to sing along all the words?

Yeah! They don’t speak English, but they know all the lyrics. It’s crazy. They probably don’t what they’re saying, haha. I wouldn’t say I’ve got used to it, but every now and then, especially in India, there were people at the front wearing Hacktivist t-shirts. We were like “we’re in India, we’ve never been here before and all these strange people are here for us.” There was a huge crowd for us! They were just singing our lyrics. Obviously a lot of them can speak English, but it’s just so weird to be that far around the world and have that happen!

Awesome! Is there anyone else that you’re going to be catching today, then?

Definitely While She Sleeps. I promised yesterday that I would see them! Their new stuff is awesome, so I can’t wait to see that live.

Yeah, it is. Thanks for that guys, enjoy the rest of your weekend! 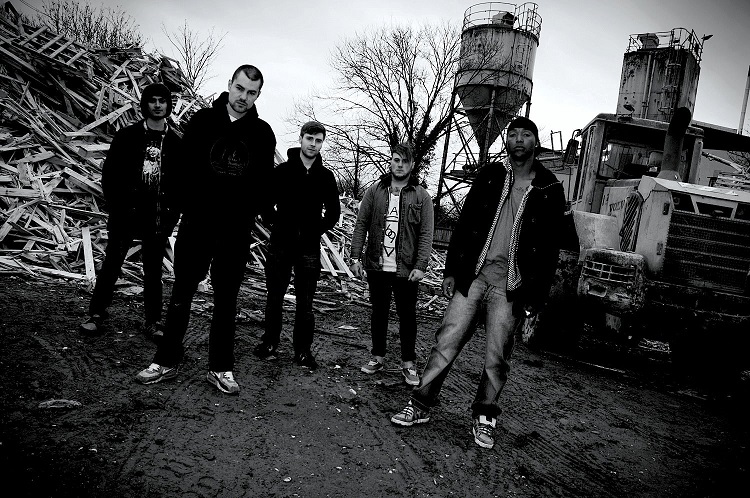