Those bastard gods of art are always toying with my feelings, and crossing my path with obstacles most obscure…

Featuring some but not all of Jess and the Ancient Ones, what was once guitarist Thomas Corpse’s pastime became The Exploding Eyes Orchestra and released their debut, I, on 12 June 2015. Here, MR’s Jason Guest probes the man himself and finds out why he couldn’t be bothered to find a different bunch of musicians for the album, what it’s about, the writing, the recording – y’know, the usual – and Carlos Castenada, Carl Jung and those devilish gods…

Thank you very much for taking time out for this interview and congratulations on the debut album, an excellent piece of work! Did you think that what started out as a pastime would become a band with an album to its name and shows to play?

Well there never were much planning. Just a bunch of songs that were put together fairly quick, when JATAO was having a small creative break. I just hoped to release an decent album, and see what comes after. There will be not that much of shows in the future, as the lineup for the Exploding Eyes works a bit differently. Maybe the third album will be recorded with musicians I don’t even know of yet, hahaha.

Hard to remember anymore, as it seem like ages ago. I’d say it took something like six months. If my memory can be trusted that is. I feel light headed these days, and don’t keep any kinds of calendars to tell me where to go, or where I was. So I feel a bit lost when someone asks me about timelines etc, hahah. But all in all it all went down fairly fast. We recorded 14 songs in those sessions.

The material was recorded in late 2013/early 2014. Why so long to release it? Were the gods conspiring against you?

Oh they surely did! Those bastard gods of art are always toying with my feelings, and cross my path with obstacles most obscure. Damn you, damn you all! Besides the wrath of gods we had to deal with missing files, and all that modern bullshit that sometimes gets the best of you. What can you do? Just wait, wait, smoke, and wait some more.

I read that the material was considered “incompatible” with the Jess and the Ancient Ones concept. For you, what is it that distinguishes the two bands and their music?

The Exploding Eyes Orchestra was more a trip into my past, and so the lyrics concentrate on different topics than with JATAO. Also, I wanted to try something out with a smaller group to keep things fresh. And at the end of the day I just felt that they are not JATAO songs. That feeling was enough for me.

Why did you choose to work with members of JATAO rather than put a different band together?

It’s a small city, and I am a lazy motherfucker. I just did not want to go through the process of finding new people, getting known to them, organising a rehearsal place with them, and all that blah blah blah. This was the easy way out, or so I thought. Now I have to explain to everyone that these are two different bands, even if the members are almost the same. Hahahah, oh what a world. My suggestion to everyone is: forget everything else, and keep your focus on the music itself.

What inspired the band name?

It was one of those things that cook in your subconscious, and suddenly they pop out when you are doing something totally different. I remember reading me some Castaneda, and whush! There it was. It was a keeper.

What are the themes across the album? And where did inspiration come from?

Like mentioned earlier, they are drawn from my life. Some songs deal with my personal losses, while some are my thoughts about the current situation in today’s world. Basically they are results of personal therapy session. A session I hold to myself, hahah? Acoustic guitar was my Jung.

How did the material develop when you presented it to the band? Did you have specific ideas for how the material should be performed or did you allow or encourage their input?

I always give space to musicians, so the songs start to live a life of their own. That’s how it should be done in a band. You get all the experience of the players, and things definitely get a wider angle.

Do you think that the writing and recording process for this will affect how JATAO works?

All the effects are most positive. We learned some new stuff about our working ethics in these studio sessions, so in the future we’re once again one level higher when entering recordings. By this I mean, that we started to be more self confident in studio, and thus all things work smoother. 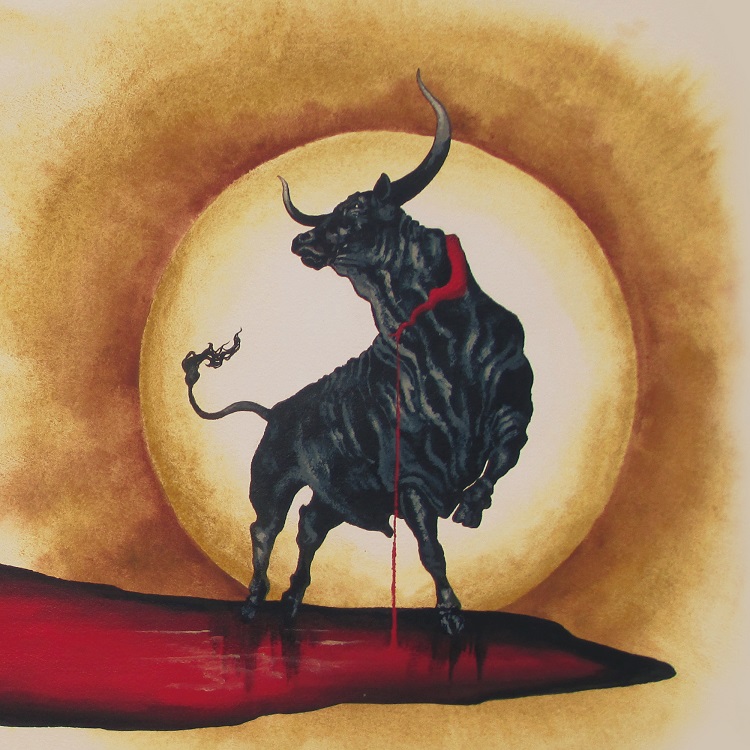 Can you tell us about the artwork and what the bull with its throat cut represents? Does it relate to the music in any way?

It represents a bloody vision of a dying West – in a cultural sense. These times feel so stressed. Anxiety building up all around, and a crash course of cultures spawn confusion for the unprepared. The art is titled ”Drawing down the West”, so it accompanies the song on the album.

Who is the artist? And what direction was given in its design?

Adam Burke from Nightjar Illustrations is behind this. He is a very talented artist, and we are so glad he had the time to do this piece for us. I remember that I wanted the art to have some “Apocalypse, Now!” feel to it. And so it truly did.

The video for ‘Two-Zero 13’ is stunning; the themes of isolation, fear and social control in the digital age are communicated in such a beautiful and harrowing manner. It was created by Costin Chioreanu, yes? What drew you to him for the video?

I’d seen some of his work before, and we also knew each other from previous encounters with other projects. We really love the way he presents them visions by the means of animation. Animations are also really close to my heart, love that stuff! You got the themes spot on, so it shows that Costin truly painted the world as seen in the song.

How much involvement did you have in the production of the video?

A few e-mails were written, where we talked about the lyrics and the meaning behind them. After that, Costin worked his magick. He is fast, precise, and super creative. I truly can recommend his services to all you brothers and sisters.

During the sessions, you produced another album’s worth of material to be released in 2016, yes? Is that material complete or will you be returning to it to re-write or rearrange it before releasing it?

It is all complete. Of course one could go and redo all the “mistakes”, but that would kill the fun of it all. The listener can hear where we were back then, when exploring the album. So that album is kind of history to me, even though it has not been published yet.

What does the future hold for The Exploding Eye Orchestra? Any plans for more shows? And would a visit to the UK be on the cards?

Hmmm, I really don’t know. There are new songs already written, but have no clue when there will be time to practice them with a band. A third album will definitely come out someday…somewhere. We try to do some shows every now and then. If someone would invite us to play in the UK, I see no reason why we would not come to Albion’s land.

What’s happening in the Jess and the Ancient Ones camp? Can we expect new music from them anytime soon?

Well that’s what keeps us busy at the moment. The new JATAO album will be published one month from now, and we are making touring plans. Hopefully the Ancient Ones will come to play in UK soon. Maybe do a double show with the Exploding Eyes? Hahahah…would be great!

Check out them songs from both of the bands, and feed your minds! Over and out! 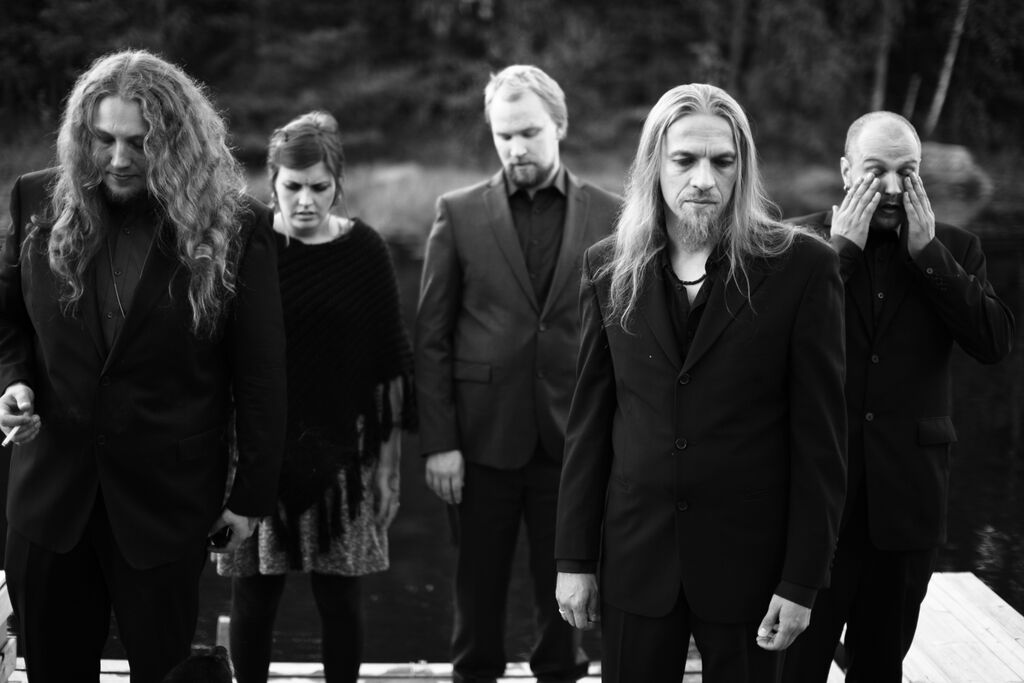