It’s been ten years since Seven Circles by Canadian progressive rock outfit The Tea Party saw the light of day. The band broke up soon afterwards. In 2012 Jeff Martin and Co decided to play a couple of reunion gigs and take things from there. This year sees the release of the band’s latest musical effort, entitled The Ocean At The End. Raymond Westland caught up with bassist Stuart Chatwood to get all the latest news from The The Party camp…

Can you take us through the time span from the first reunion gigs to the actual recording session of the new album?

It all started with the first rehearsals really. We hadn’t seen or spoken to each other in years, so it was pretty strange at first. There wasn’t a lot of talking going on, we wanted to let the music do the talking for us so to speak. After we played the third song we started to feel like a band again and we took it from there. We played some Canadian dates first and then we played in  Australia, because we have our most loyal fanbase there. It was a very emotional happening, grown men were crying at our gigs. We didn’t realise there was still such a demand for us still. Another writing on the wall was the fact that biggest promoter in Australia, a guy who usually works with artists like The Stones, paid us a nice sum of money to come over, without ever seeing us play live once. The DVD that was recorded during our Australian tour was financed via crowdfunding. Our pledge target was reached within three days. That really convinced me that there’s still a demand for The Tea Party.

You guys haven’t seen each other for quite some years prior to the writing sessions. So what was it like to rekindle the creative spark again? When did you start to notice that chemistry was there still?

The creative chemistry is only one part of the equation. I mean, you don’t necessarily need to be best friends when you’re playing old songs during a reunion tour. The real challenge comes when you’re going into a studio writing songs together and record those afterwards. That’s when tensions and friction can grow when you critique other people’s ideas or when you don’t see eye to eye on certain creative decisions. Luckily we’ve grown as people and musicians. Our singer/guitarist Jeff Martin insisted on producing the record and the pressure was really on. Jeff Burrows (drums) and I tried to share the burden as much as we could, so Jeff could really concentrate on his singing and guitar playing. Some fans complained about the lack of guitar solos on the last two records and we really wanted to show what a great guitarist Jeff Martin really is. One great example of our chemistry is the title track of our new record. It’s probably the longest song in our back catalogue, but the whole thing write itself in pretty much 20 minutes and it features some of the best guitarwork Jeff Martin ever recorded for The Tea Party. The real test for The Tea Party will come when we record a new album in 2016. That’s when we’ll know how viable we still are as a band. 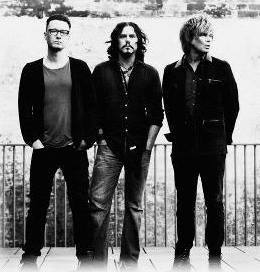 How did you grow and mature as a person and a musician when the band was on extended hiatus?

I had the chance to work with a lot of different artists including Mavis Staple and Glen Sobel and I also worked as producer for some younger bands. I also did the scoring for the Prince Of Persia video games, which was a very successful franchise and it gave me the chance to work with some really Hollywood-type of budgets. It was a really interesting to develop myself as a producer and musician and learn from some of the best people in the business. Those experiences really came in handy during the recordings of The Ocean At The End when Jeff Burrows and I worked as coproducers. This is actually the first record where we both credited as such. On our past records Jeff Martin was the one calling all the shots. It’s a nice change of pace and by sharing the production duties the album become more of a team effort.

The material on The Ocean At The End still has lots subtle layers to it, but it also has this very straightforward rock n’ roll feel. How did you guys manage to accomplish that?

I guess we’re better songwriters first and foremost. We’ve really learned what a song needs and not to let the arrangements get in the way. This sometimes happened on our past records, because we wanted to put something really experimental on there and we really didn’t care whether it would benefit said song and the record as a whole. On the new record there were some musical choices made that weren’t necessarily mine, but when the two other guys in the band feel very strongly about a certain part you sometimes need to give way. It’s all part of making a record in a band setting. We also wanted to return to the base of what The Tea Party is all about, namely guitars, bass and drums. Of course the World Music influences are still very much there, but they serve the songs more instead of the other way around (laughs).

The last two records Bob Rock was brought in as a producer, but this time around Jeff Martin handled the production duties himself. Why?

In the past Jeff Martin produced all our records. However, around the time of The Interzone Mantras and Seven Circles he became more and more disillusioned with the band and there was also a lot of drugs and booze involved. Jeff clearly lost his way and he admitted to us that he couldn’t do it anymore, so Bob Rock came in to save the project so to speak. Those two records Bob produced weren’t well received by our fans, so that is why Jeff Martin was so adamant about producing the new record himself, despite the fact it would put an enormous strain on him. He was afraid someone else would mingle with our signature sound. He also wanted to mix the record himself, but luckily he got on well enough with David Bottrill (Tool, Rush) to let David handle the mixing of the album. It took a lot of pressure away from him.

What can you tell us about the writing and recording sessions of the new album. In which way was it different from previous experiences?

It was much more of a team effort and I wrote about sixty percent of the album, including called ‘Brasil’ and ‘The Cass Coridor’. This is also the first record where Jeff Burrows and I acted as coproducers. I guess Jeff Martin has pretty much the same role in our band as Jimmy Page had with Led Zeppelin back in the day. Yes, he produced most of the earlier records, but the latter day records got produced by John Paul Jones, because Jimmy Page got burned out doing it and he to rely on others, so he could step back and concentrate on playing his guitar. Yes, you guessed it correctly, we’re all massive Jimmy Page and Led Zeppelin fans (laughs).

The album includes also some guest contributions, including one by Ian Anderson. How did that come about?

We met Ian Anderson way back during one of our first gigs in the UK some time in the early nineties. We were playing in this tiny pub and suddenly our manager came in and told us that Ian Anderson of Jethro Tull was standing in the audience and that he really wanted to talk with us. Needless to say we were very chuffed with this and he told us that he was a great fan of our first record and that we are a great live band. Sadly we lost contact with him over the years until twenty years later when we recorded our new album. I felt that that title track really need some flute parts to spice things up a bit, so who better to ask than Ian Anderson? (laughs). We reached out to him and he gracefully accepted to play on our record. He isn’t really known for doing a lot of guest contributions, but I guess he respected the way we incorporate the musical legacy of the seventies in our music, without resorting to wearing hippie style clothing. That musical legacy from the seventies is very much a part of our musical DNA. When we’re touring in Australia during our reunion tour Paul Stanley from Kiss asked after Jeff Martin. It’s one of those things that make you feel very humble when your musical heroes inquire on how things are going (laughs).

Finally, rumour has it that you’ve been approached to join the Smashing Pumpkins on bass. What’s the truth in that?

It’s actually true. At the time Billy Corgan was looking for a female bassist in order to reform The Smashing Pumpkins. Apparently he couldn’t find one, so he inquired after me once the news came that The Tea Party broke up. It was a classical case of the right kind of people knowing each other. Ultimately nothing came of it, because Billy decided to go on with another female bassist. It would have been a very interesting for me to work with such a demanding musician as Billy Corgan to say the least (laughs). 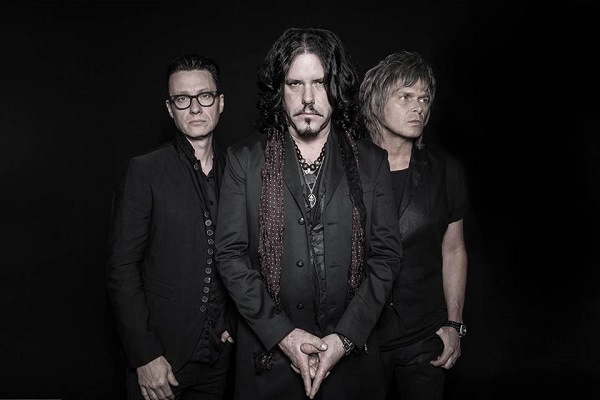