“Pay your respect to the vultures.”

Thank you very much for taking time out for this interview and congratulations on the Phasehifting EP (reviewed here).

To begin, can you tell us about the band’s history? What drew you together to form Strafk?

There is almost no “history”. We were making music together for a long time, but after some “mystical experiences”, or call it whatever you want, we’ve formed a very special act that is Strafk.

Is there a concept, theme, or a philosophy that underpins the band’s music? If so, how does it inform the music?

Yes, there is a concept and philosophy: Non-being and deconstruction of one’s identity to absolute zero. This goes through all the instrument and vocal parts. I mean their absurdistic and dissonant nature.

How do you approach composition of your music? Is it a collaborative process? Do you discuss ideas and then compose with them in mind?

We aren’t looking for any sort of ideas. We are trying to find a deepest void, it’s like “anti-idea”.

When writing for Phasehifting did you have an idea of how you wanted it to sound? Was the EP planned or did it evolve as it was being written?

Yes, we always have a strong vision of how it must sound like. EP were both planned and evolved during the record sessions.

The EP has four phases. Can you tell us about these, what they’re about, and how they relate to each other?

These phases are the steps in your descend down to that “absolute zero” of person’s identity. The final one is about total purity.

There wasn’t any inspiration behind. A structure was just clear from the very beginning. 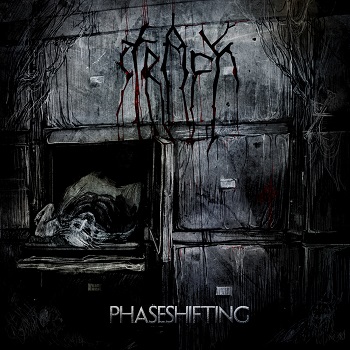 What are the lyrical themes on Phaseshifting and what inspired them?

Outside of music, are there any significant influences – art, literature, etc. – for Strafk?

Art that is in a vein of Abstract Expressionism had its minor influence, I suppose.

Dead are silent. This silence, that numbs, is what drives us forward with Strafk. We gave an idea to the artist, he listened to Phaseshifting and erupted his feelings to the paper.

There are two artists. The first one is Vladimir; he is our old friend and a professional artist, who stands behind an artwork. The second one is an eternal damnation of Stof entity – she made our logo.

Why did you choose to work with Wraith Productions?

We find Armando, the Wraith Productions head, a very open-minded person who is obsessed with non-trivial arts.

What does the future hold for Strafk? Is there more material or perhaps an album in the works?

We have some material and a few recorded tracks but we are not hurrying with finalising and releasing it.

Pay your respect to the vultures. And thank you, Jason, for your interest. 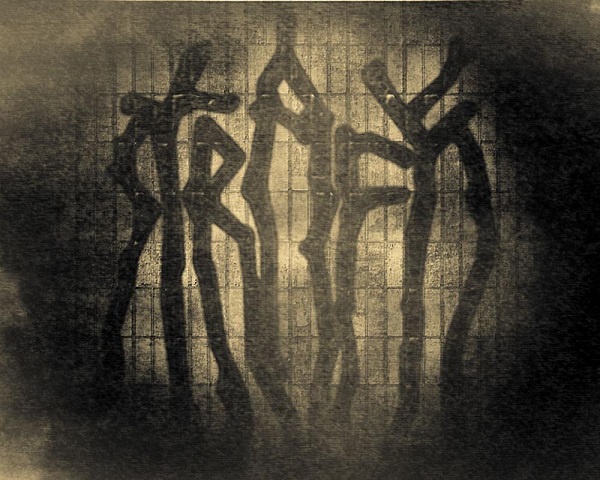