It’s about a harsh coming back to reality, some sort of a hangover…

If there’s one thing Stangala do with their music, it’s take you on a very special and mysterious journey through misty worlds inhabited by mystical creatures from the Breton folklore. Formed in Kemper in 2007, the band’s first album Boued Tousek Hag Traou Mat All was released in 2011 and garnered pretty enthusiastic reactions from the press (take a listen here). In 2012, Stangala followed this up with the Kreiz-Breizh Sessions, a psychedelic and experimental split album with French druids Stonebirds. 2016, the duo returns and ups the ante with Klañv, an ambitious musical statement encompassing elements from psych rock, stoner, black metal, Celtic and folk music and even experimental jazz. Here, vocalist / guitarist / producer Steven Le Moan talks to MR’s Jason Guest about the album, the band, and the mysteries beneath the sea…

Thank you very much for taking time out for this interview and congratulations on Klañv. Your second full length release, what did you want to achieve with the album?

With Klañv, we wanted to create a somehow darker atmosphere than on our past efforts. Angrier too. The previous album was essentially about inducing trance and reaching alternate worlds, this one is about coming back to reality; it’s the hangover.

Since I do most of the songwriting, I did have pretty specific ideas about what kind of ambiances I wanted to create and which themes I wanted to use, but that’s pretty much it.

What kind of progression does it mark since 2011’s Boued Tousek Hag Traou Mat All?

Hard to say from my perspective, but I think that Klañv is a more subtle record in many ways.

“Klañv” is a Breton word which translates to “ill” in English. As I mentioned in the first question, it is an album about a harsh coming back to reality, some sort of a hangover.

The themes that inspired the creation of Klañv all pertain to the Breton folklore and in particular to the ocean. There is a particular mystique about what lies at the bottom of the seas that I found a lot of inspiration in. 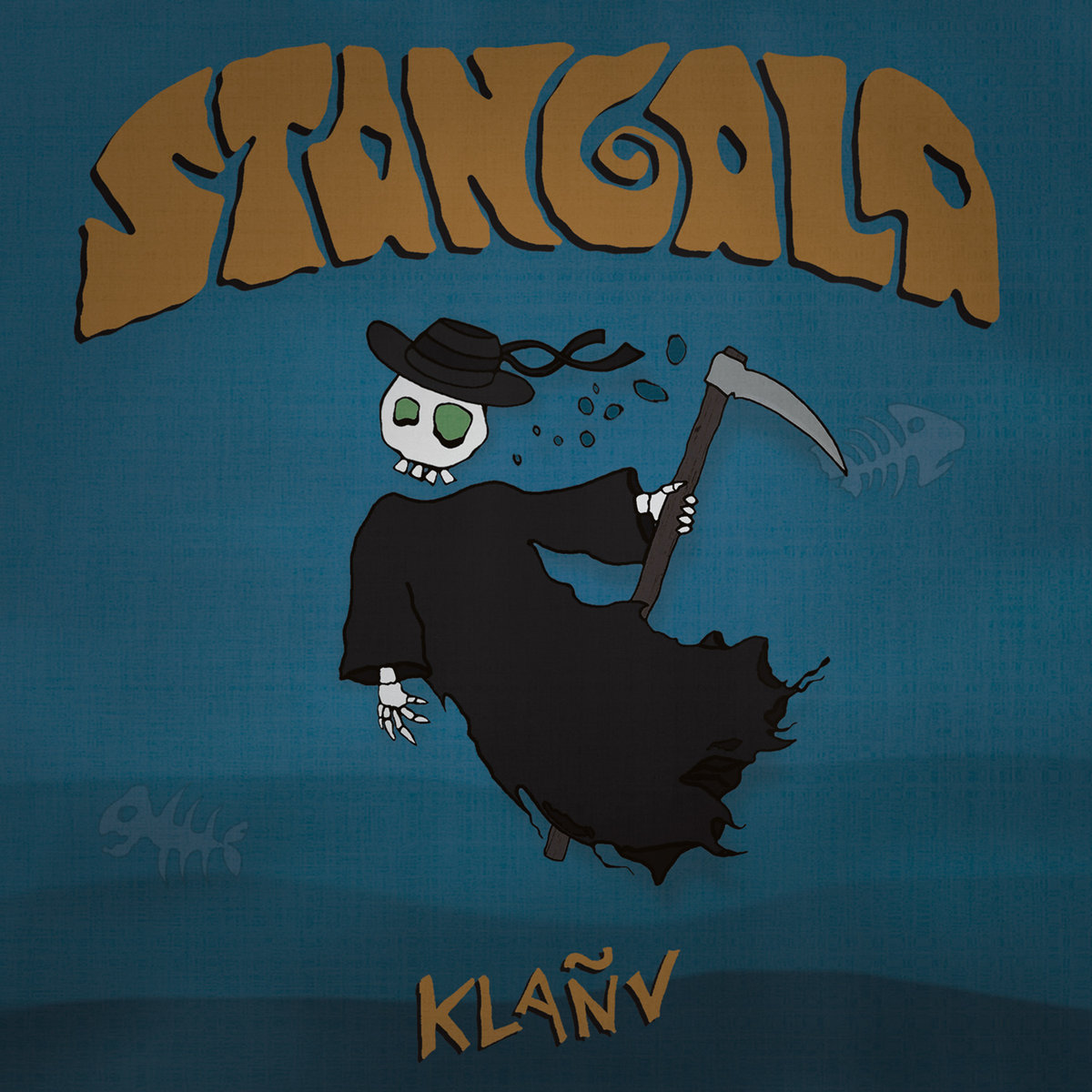 The artwork and the layout of the CD is very impressive. Can you tell us about it, what it represents and how it relates to the music?

I certainly appreciate the comment, thanks! I took care of the artwork personally. I had a pretty good idea of what I wanted. The artwork is meant to convey what makes the core of Stangala’s identity: Breton mysticism described with a touch of irony.

About the band, can you give us some background on Stangala? What drew you together to form and create music under this name?

I started alone. Stangala is the name of a forest that I used to spend a lot of time hiking in. I always found it to be a very magical place. I quickly met Thomas Coïc (drums / saxophone) who was then playing in a local death metal band. We became good friends, he joined me in my “vision” and has been helping me developing it ever since. A couple of more people have been involved in Stangala over the years for concerts and/or as guests on our albums, but the band is essentially a two-piece.

Did you have an idea or a vision for the band’s music when Stangala first started?

Most definitely. As I mentioned previously, Stangala has always been about Breton mysticism.

The band draws on a mixture of psychedelic rock, doom, black metal, jazz and traditional Celtic music. Why these genres? What drew you to them for Stangala?

I think that the answer to this question lies in the fact that both Thomas and I are serious music enthusiasts. We like all kinds and we seldom think in terms of genres, rather in terms of atmospheres.

Just as different as we compare today to the 2007 us, I suppose.

What does the act of making music mean to Stangala? What are you striving for when creating music for Stangala?

As far as I am concerned, it’s a tribute. To my roots, my family, my friends, the culture I grew in.

Any plans for shows in support of Klanv? And will we see you in the UK at any point?

Concerts have always been difficult to organise for Stangala, due to us living far from each other. And this situation is not getting any better as I am soon moving to the other side of the planet. Therefore we are putting the concerts on hold until further notice.

What would be the ideal setting for a performance by Stangala?

On the Ouessant island or in the Stangala forest.

What does the future hold for Stangala? Is there more music in the works?

There should definitely be more music in the future, but at this point I cannot say when nor what.

Thank you very much for your support! Kenavo! 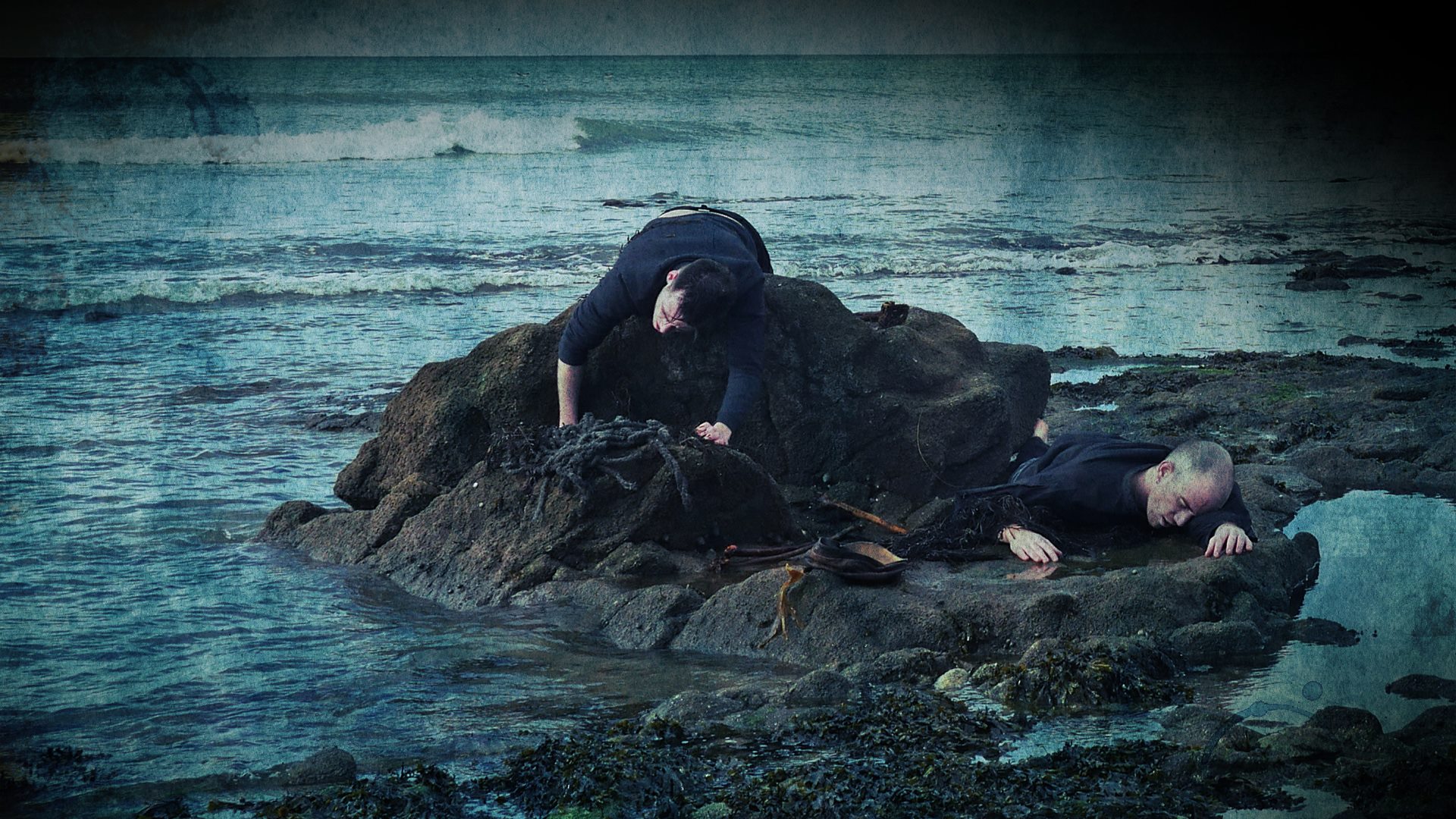