Paul Castles talks with S, frontman with Belgian black metal outfit Ars Veneficium, and gets the inside story behind their stunning debut album The Reign of the Infernal King.

Hi there, thank you for talking with Midlands Rocks. Congratulations on the album The Reign of the Infernal King – how pleased are you with it?
S: Hey, Thanks for having us and the words towards on our album (reviewed here). I’m very pleased with The Reign Of The Infernal King. We’ve been working on the album for a long time now, I mean the writing process started in 2014 and the recordings in 2015. So yeah we come a long way and it’s great to have it finally out. Can you give us a brief introduction to the band members?
S: I self am the singer of the band and I write all the lyrics to the songs also do I handle all the management etc. Ronarg plays the lead guitar, but he also writes all the music. Archcaust  plays rhythm guitar, Lava bass and Norgameus plays the drums.

Your newest band member is Norgameus – has he fitted in quickly?
S: True fact, he’s the newest member to our line-up and yeah he fitted in well. He’s a very talented drummer. A small story about how he truly amazed me. I still remember when we had our first rehearsal in April 2015 only two weeks after I recruiting him. He came to the rehearsal and could play our whole set list from beginning till the end like it was nothing. Myself and the other guys were really pleased by his playing, it was a real progress. A huge step for us to finally be able to move forward. 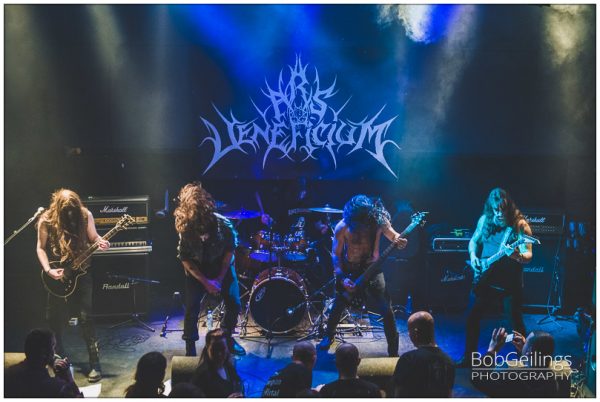 Were the songs written in the past year or were some of the arrangements older than that?
S: A few of our songs were even written at the same time of our EP The Abyss which was released in 2014. The rest of the album was written along the way in 2015. So it’s a bit of both you can say.

What inspires the songs, is it literature or history or just your own personal feelings at the time?
S: It’s a bit of both. Of course literature impacts my lyrics as I love to read books and other stuff on the internet when I have some time to spare. But they’re mostly also very personal as I inflict my own thoughts and visions into my lyrics. I have a very clear mind when it comes to topics that I write about in my lyrics as they are very personal.

The album is bubbling with anger – Does that come from a place deep within you?
S: I guess you can say so, I have a lot of anger in me which is inflicted because of my personal background and a bad youth. But this was maybe not so bad in the end as it might just have been the foundation for myself to unfold as a musician. My anger and hate is something I bring forward through my lyrics in my music but also in the sound of my vocals as you can hear.

We tend not to hear quite so much extreme metal from Belgium as some other European countries – what’s the underground scene like?
S: Well we do have a lot of underground bands here but many never reach further then the Belgian stages I guess. I never liked the Belgian scene that much even since I do know a lot of musicians and bands here. I personally don’t think the Belgian scene has so many great acts to offer in comparison to our neighbour countries like France. Of course a few bands are worth mentioning but then again they don’t get the recognition they deserve.

Who was responsible for the sleeve and is the artwork something you put a lot of thought into?
S: The artwork was made by Opposition Artworks from Serbia. He’s a good friend of mine and he’s very talented regarding this matter. I had a very clear view on how I wanted the album artwork to look like and it’s always easier to work with someone who understands exactly what you have in mind. Alen really took note to my lyrics and my descriptions regarding the front cover and the rest of the drawings. I thank him a lot for his work since the outcome is just perfect. The slipcase was created with the drawings of Opposition Artworks by my own designer Moornebheym who works for Immortal Frost Productions.

What touring plans have you got for the album?
S: Actually, we don’t have any touring plans for this year. We have a few album release shows in November together with our friends from Sekhmet (Czech Republic) but besides that no long tour dates. We already did three mini tours early this year and it’s hard to combine touring with our daily lives. Of course I would like to hit the stage as much possible in 2017. 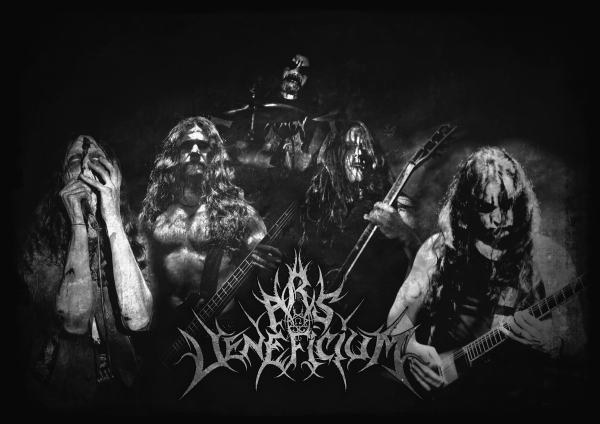 How important to you is performing live?
S: A lot, I simply love to be on stage. It’s one of the best feelings one could ever have and to perform your music through a live ritual in fullest is just great. The energy you get from your fans during your show is truly insane. This is also why I put so much focus on Ars Veneficium, so we can play as much as possible. Also to share the stage with other artists who share the same vision is really amazing.

Did you play at any festivals over the summer?
S: No we didn’t. We took a summer break for a couple of months. We were so busy with the mini tours earlier this year followed by the finishing our recordings for the full length album which was finally done end May that we needed a break. At least until the album was coming out. Now we’re back rehearsing for all the upcoming release shows in November and of course for our shows yet to come in 2017.

What ambitions have you all got for Ars Veneficium? Do you hope to be around for some time?
S: Sure I hope so. Nothing is ever certain, but if possible I hope we can keep it up for a while. I’m still not done from my part with this band. Not to say I want to be famous or so, but I yet have a few ideas I want to work out and from there on we’ll see what happens.