With their debut album, Untitled (reviewed here), released on 31 March 2015, guitarist/vocalist Ryan Saunders of Cambridgeshire’s Terra spoke to MR’s Jason Guest about the band, the album, their label Hibernacula Records, capturing nature in their art, and deliberately leaving interpretation open to the listener…

Hi Ryan. Thanks for taking time out for this interview and congratulations on Untitled. It’s a great piece of work!

Thanks man, I’m glad you enjoyed it.

I understand that some of the members have worked together on and off over the years in various grind and black metal bands. What does Terra allow that your previous incarnations didn’t?

Yeah, Olly and I have been playing together for years on and off in projects of varying quality, but I think what really makes Terra different is the chemistry between the three of us, not just musically but we’re all very much on a similar level personally.

As the band’s opening statement, what did you want achieve with Untitled?

We didn’t really have a statement to make as such; we just set out to make something we enjoyed playing and listening to, if other people liked what they heard then all the better.

Well the band has only been together for just over a year at this point but it’s hard to say how old what parts are, some are as young as the band some riffs are five years old that have been reworked for the band. I’m constantly writing riffs and whole songs so I have something of a back catalogue to draw from in those moments of writers block.

Certainly, I’m incredibly picky with my extreme metal; the smallest thing can put me off a perfectly good band. With that in mind I wanted to create something that I would want to listen to, but as with all things not everything was possible due to it being unrealistic or just impossible so it was good to work with Matt at Numbskull Audio as he really knows his stuff and was able to make our ideas happen and reign us in when we were being unrealistic in our expectations.

Is there a theme, a concept, or a philosophy that underpins the three tracks that make up the album?

There is, but I’ve deliberately left this open to interpretation to the listener. I don’t feel it’s my place to impose how people feel when they listen to the album; rather I’d like them to develop their own meaning to it as subjects that seem important to me may be unimportant or trivial to someone else.

Why call it Untitled?

Because there is no title, much like I alluded to in the previous question this is so the listener can imprint their own impression on the albums subject.

Much like the rest of the album I wanted to keep it intentionally vague, I had been browsing various websites looking for artists and I ran across Inextremiss from Australia and her work perfectly encapsulated this mood, we chose one of her existing pieces but it was a difficult choice she has such a fantastic body of work, we were spoilt for choice! I highly recommend checking out the rest of her work.

The album is being release through Hibernacula Records. I understand the owner approached you after a gig. Why did you choose to work with the label? And how has the relationship been so far?

Yeah, Danny came and spoke to us after the one gig where we actually had time to play through all three songs from the album. I think we kinda looked at a few other people who had emailed us but Hibernacula just seemed like the right choice. Danny is a stand-up guy and the label is working with some great bands; we’d have been daft not to take him up on his offer. But it’s been a pleasure working with Hibernacula, we feel lucky that they’d take a risk on such a new band.

The band name is Latin for Earth, a common source of inspiration for black metal bands. We live in a technologically advanced society and many argue that because of this, we’ve lost touch or are out of sync with nature. Is black metal a response to or perhaps even a product of this development?

It’d probably be hypocritical of me to say this band is eschewing technology, we play bits of technology, and I’m speaking to you via technology. I think it’s an important aspect of modern life, it allows us to listen to music I’d never have heard when I was younger, I can jump online and find amazing bands from half a world away and buy their music in an instant and be inspired by their work. But it’s also important to be able to step away from this and draw inspiration from our surroundings.

How does your music seek to capture, embody or reflect nature?

I’ve spent my entire life living in the countryside, I’m constantly surrounded by it so it’s just a natural part of my thought process, it’s not something that I actively seek to integrate into the music, it’s just there.

Do you have any plans to tour in support of the album? Will we be seeing you in the Midlands any time soon?

I’ know we’d be up for a tour but whether or not we will I couldn’t say at this point, certainly if we get enough interest. But we’re certainly hoping to make our way to the Midlands as soon as we can, I’ve been to some cracking gigs round the area I’d certainly love us to get up there given the opportunity.

Early days I know as the album has just been released, but is there new material in the works?

We’re always working on ideas but we’ve some songs taking formation at the moment that we’re really looking forward to unleashing.

No problem, thanks for checking us out. 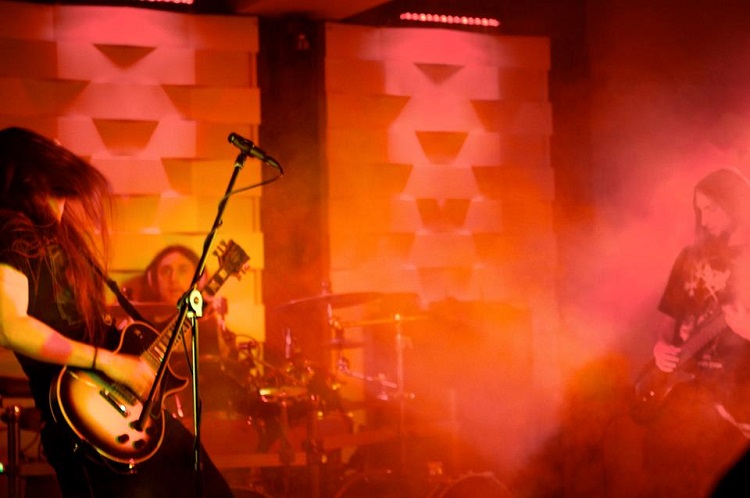