It’s a reference to our drummer Andrew ejaculating…

Punk-infused black metal? You need Edinburgh’s Scumpulse in your life. Here, Ross Necro and Matt talk to MR’s Jason Guest about their recent 5-date tour with Sturmtiger, the band’s history, their influences, the subject matter for their lyrics, Satan, Fisher Price, an uncontrollable desire to cut George Osborne, and among other things, getting pumped by Abbath…

Hi both. Thanks very much for taking time out for this interview. Scumpulse have just completed a five-date tour with Sturmtiger (the gig at Scruffy’s, Birmingham is reviewed here)? How was it? Highs? Lows?

Matt: The highs for me were, a lot of the time, after shows getting a bevvy and a carry on with the guys from both bands. The only real low was London – if we had come on stage with a sack of dead kittens I don’t think we could have gotten a less warm reception.

Ross: No problem! Gid aye! Sturmtiger are exactly the kind of horrible drunken cunts that we want to be on the road with. For me, the high point was partying with these animals and forming a lasting friendship that will go on beyond this tour. As far as shows go the high point for me was in Manchester. Plus, after the gig, Matt did a textbook Matt. He locked himself out of our hotel room while we were passed out and couldn’t get back in. So he broke into someone else’s room to get a duvet and with some forward thinking, slept outside our door in case we left without him the next day. This lasted until he was woken up by a 6-foot transvestite inviting him to crash in her room.

Just to get us up to speed, can you give us a brief history of the band, how you formed and what drew you together to form Scumpulse?

Matt: I joined Fifteen Dead (Ross’ old band) just before it imploded. I did a wee tour with them then we split. Ross asked if I wanted to start a new band with him and… Scumpulse

Ross: Matt and I played together in a previous band called Fifteen Dead (who we covered as a bonus track on our EP). Following their last tour I left the band with the intention of starting something new, taking Matt along with me on bass and lyric writing duties. Andrew was someone we hadn’t met that responded to a local ad looking for a drummer. Magnus I knew from playing bass in his tech death band years ago.

There’s an interesting mix of crust, punk and black metal in your sound. Who are the band’s main influences?

Matt: Ross writes the music so I’ll leave this one up to him.

Ross: The usual suspects really, no big surprises here. In my teens I discovered the great Black Metal luminaries and was absorbed by them for many years, bands like Immortal, Darkthrone, Thorns, Celtic Frost, Burzum (not the ideology) etc. I grew bored of all that ‘SATAN, RAH, RAH’ metal shite in my early 20’s and began to drift away from it. For a lot of bands it can work but in my opinion the puerility of it all is really boring. Funnily enough it was a Metal band that pushed me into discovering a new passion. Darkthrone released the Cult is Alive album and that made me realise that there was more to the punk sphere than your Greenday’s and your Blink 182’s. What followed was a discovery of bands like Skitsystem, Tragedy, ENT, Disrupt etc. So, following all that pish, my previous band and Scumpulse’s music has a touch of all that in it. Or to cut it short you could just say that I wish my band was Immortal but I’m too shit at music.

That’s a pretty unique band name. Where the hell did it come from?

Matt: It’s a reference to our drummer Andrew ejaculating.

Ross: Someone asked me if it was something to do with the heartbeat of the working class. I like that. Definitely sounds better than that it was a name with no google hits.

How does the band write? Individually, collaboratively, fighting it out in the rehearsal room?

Matt: Ross writes the music, Andrew puts on his beats and then they send a file of it to Magnus and myself. Maggie writes his solos and I write the words and those Fisher Price bass lines you can almost hear.

The lyrics on your By Design EP are on some pretty grim subjects (read them here). Where does inspiration (if that’s the right word) come from? 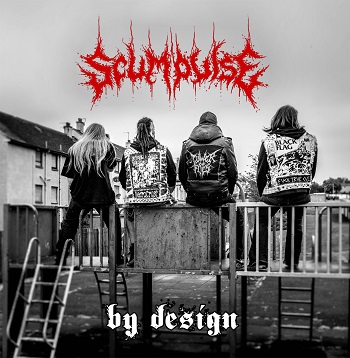 The reissue of the EP includes three covers by Oi Polloi, Fifteen Dead, and Immortal. Why these bands? And why those particular tracks?

Matt: Ross is Immortal daft. The Fifteen Dead track was reworked from Coalition/Demolition to Fuck the Union/Revolution to reflect how we felt about the Scottish referendum and we just really want to cut George Osborne. If you’re reading this George – Square go?

Ross: ‘Call of the Wintermoon’ by Immortal was chosen due to its simplicity. It allowed a lot of freedom to rework and make our own whilst staying true to the original. Plus I REALLY fucking love Immortal. Like getting pumped by Abbath just for the honour kind of love.

How do you feel about the downloading of music instead of buying albums? Does giving away music de-value it?

Matt: It is fucking magic. More people will check out your stuff if it’s free. The downside is there is so much fucking dreck to sift through. Like trying to find a diamond in a bath of shite.

Ross: I get what you’re saying, music has become more disposable to the throwaway internet generation. Downside, folk aren’t as invested in your music and place less value on something that was freely given; upside, distribution and awareness at the cost of heehaw to the unsigned DiY band. For me, the positives far outweigh the negatives.

Bands such as Metallica and Iron Maiden are still going strong but seem to be living on glories established in a very different era. What’s your opinion of the music scene today? Have we seen the last of these big bands?

Is the myth of the rock star dead? And if so, is it a positive step?

Matt: Could not give less of a fuck.

Ross: Succint and aggro, the Matt Dean Method. This is why this c*nt does the words, TRVE JOCK VENOM

What does the future hold for Scumpulse? More music? More shows?

Ross: I’ve got an album of new material written and ready to go. If this c*nt gets off his hole and starts writing words about jake-baws and drinking we might have something out this year. Ye reading that ye c*nt?

Thanks again for taking time out for this interview. Hope to see you back in Birmingham sometime soon! Do you have any closing words for our readers?

Ross: Thanks for your time and support Jason, hopefully we’ll be back down your neck of the woods soon. Oh, and fuck the union. 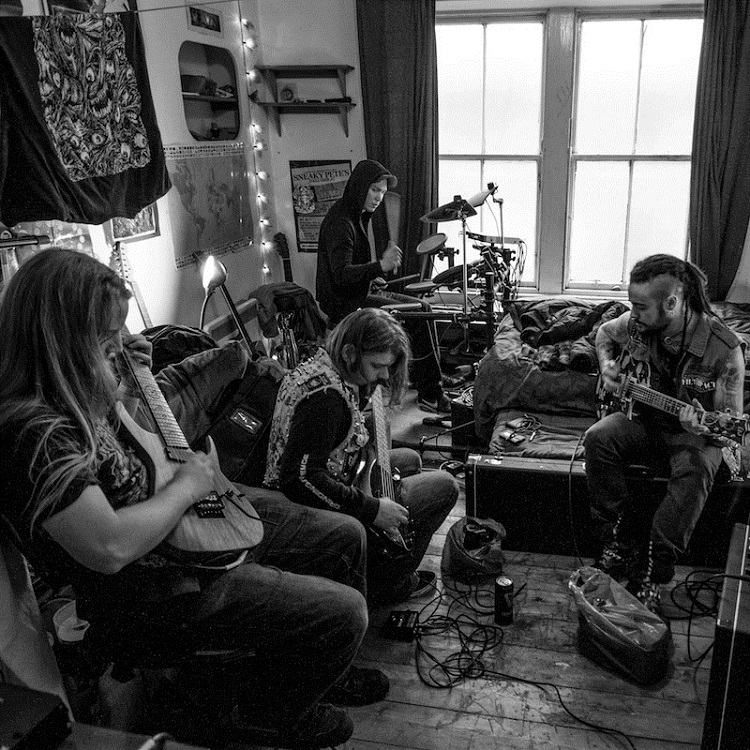