We still are alive, so something went wrong in our lives…

Four years after their sophomore album Regenjahre, German dark metallers Freitod (another term for suicide) return with their new full-length, Der unsichtbare Begleiter. Melancholic and melodic and embracing their black metal roots, the album is as sad, languorous as it is warm and as bitter as it is resigned and cold. Ahead of its release through Ván Records on 1 July 2016, vocalist / drummer R. Seyferth talks with MR’s Jason Guest about the album, the artwork, the band, and suicide…

Thank you very much for taking time out for this interview and congratulations on Der unsichtbare Begleiter. Your third album and first in four years, what did you want to achieve with this album?

Hello Jason! First of all we just wanted the same as with our former releases, to create some melancholy for us and the ones who like our music. In the past four years since our last record a lot of things happened and changed in our lives. Negative stuff like physical and mental disease, but also lots of positive events like birth and marriage for example. So there were many influences and impressions we had to handle.

What kind of progress or development does the album mark since 2012’s Regenjahre?

In the first place, the many gigs we did helped a lot for our view on creating better songs for Freitod! Also our musical skills improved a bit we hope. But in general we think, we stayed true to our style of music and lyrics.

Can you tell us about the title Der unsichtbare Begleiter, its meaning and its relationship to the music?

For ourselves, the title is a synonym for physical and mental diseases and psychosomatic disorder which can only be felt by ourselves and are invisible for all others. In English it means just about “The invisible companion”.

Is there a theme or concept behind the album? Can you tell us about it and where you took inspiration from?

Not a concept in general for the whole album, but especially the newer lyrics deal very much with our negative experiences which happened in the last four years. There were hard times to survive and that influenced us really much in our music and lyrics. Main theme is the invisible companion as mentioned above. So, our own lives and impressions are the major inspiration, but of course also melancholic, depressive and negative art in all its shapes. Be it music, films, literature, paintings or photographs.

When writing for the album, did you have an idea of what you want the tracks to sound like or do they take shape as they are being developed?

Most of the tracks were created completely by guitarist G. Eisenlauer before we rehearsed them together. But also we composed stuff together but just jamming a bit in our rehearsal room. Of course we did have a vision how the songs should sound for the record. In the first place really important is that the album is rich in variety as it was also on our former records. 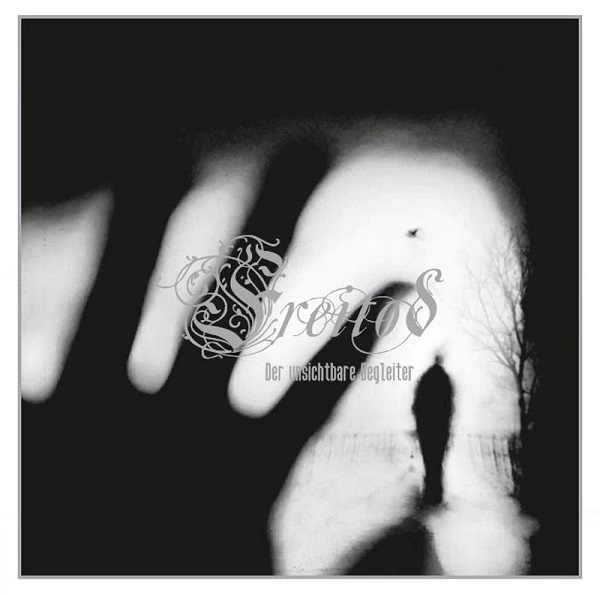 The cover image represents perfectly the album title! After finding it we knew that it´s impossible to find a better one for our “invisible companion”! So it has a strong connection to music and lyrics.

The cover image was created by Brasilian photographer Leda Siloto, from whom we also had the images for our former record Regenjahre. We love her works! Sadly she is no more doing this melancholic and depressive stuff. The other photos for the layout were taken by ourselves and a great friend of us and really talented photographer, Jana Junker!

The band formed in 2005. What was it that drew you together to make music under the name Freitod?

Freitod was formed by guitar player B. Hiller and R. Seyferth on Drums, because we were really close friends in these times, damn depressed and fucked up of this world like young people are and we wanted just to let out all our negative energy. There were no plans like releasing albums and playing gigs, just jamming, drinking and being self-destructive. After some months G. Eisenlauer joined, because he was a good friend and he shared our feelings and views. So for a few rehearsals we played as a three piece. Then sadly B. Hiller moved away and was not more able to be part of the band, but we decided to continue without him, which was also a wish from B.Hiller.

Who are the band’s main influences, musical and otherwise? And how have they impacted upon Freitod’s music and lyrics?

Biggest influence is life itself and all the experiences we make every day. Then the past of our lives and the emotions which are created by thinking about that are also a huge part of our lyrics and music. The main musical influence is of course Katatonia! Both musicians of Freitod love this band and all of their works. In the beginning Burzum and Wigrid were really inspiring for us as the older songs show. In general, melancholic, depressive and negative art in all its forms inspire us! Here I want to mention the great books of Matias Faldbakken!

The band name translates as “suicide”. As you’re still alive, clearly it’s not meant literally. Why take this the band name? What does it represent?

The name was really much inspired by Goethes “Die Leiden des jungen Werther”. It fitted perfect, as it is a positive word for suicide. But you are right, we still are alive, so something went wrong in our lives…

What does the act of making music mean to Freitod?

It is such a great moment when a song is just created and we play this song, which is still fresh, together in the rehearsal place, melancholy but also thrill stream through our bodies, just magic!

What, if anything, are you looking to capture when making music for Freitod?

Pure melancholy! And our deepest and saddest emotions we try to bring to the surface…

We hope to be able to play some shows in the next months to present our new songs. Some gigs are planned but not that much. Maybe there will be some more offers, when some people listened to the new record. So far we just played on the wonderful Acherontic Arts Festival in Aachen this year to present the brand new record! Playing in the UK would be wonderful for us, but I think the chance is not that great, because we are really unknown in the UK and it sadly would be a bit too expensive for us to just come to Great Britain for a gig…

What would be the ideal setting for a Freitod performance?

Darkness, candles, blue light, some smoke/fog on stage and a good sound!

What does the future hold for Freitod? Is there more music in the works?

Of course there is more music in works! We want to be a bit faster with the next album! But now, all energy will be put in for presenting Der unsichtbare Begleiter! Also there plans to record some songs more in the old vein of Freitod for a demotape, hopefully we find the time to realise that!

Thank you for your interest in Freitod! Enjoy the summertime sadness and listen to the new Katatonia album! Life is Pain! 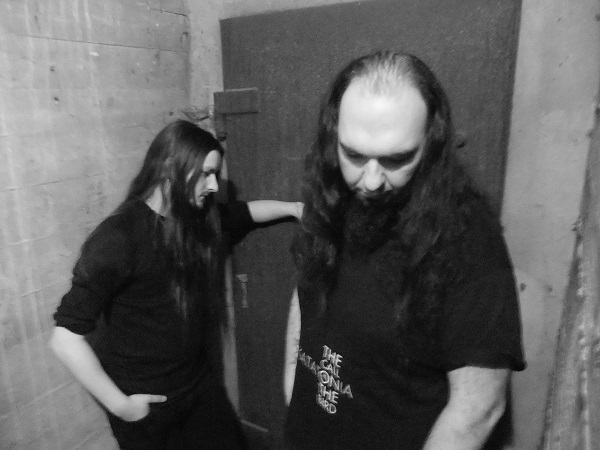