Back in the past – as far back as January 2016 – Portugal’s Mons Veneris released Sibilando com o Mestre Negro (reviewed here), their second album among many demos, splits, compilations and EPs. With violin, cello, classical guitar, piano, and ghostly vocals manifest themselves in all kinds of mangled shapes and shades across the album, it’s the soundtrack to the most disturbing movie never made. Here, a voice from the band – for no one shall know who is amongst their ranks – talks to MR’s Jason Guest about the band, the album, instrumentation, freedom in and of creativity, and the Black Circle…

Thank you very much for taking time out for this interview and congratulations on Sibilando com o Mestre Negro. The instrumentation on the album is very different from the standard vocals, guitar, bass and drums usually found on black metal albums. Why choose to write and record using violin, cello, classical guitar, piano, etc.?

Hail! Mons Veneris has been mostly about Dark Art and Dark Music so, in ways, the choice of these instruments were natural bearing in mind the aim was to create that very Dark Art with this album. Sibilando com o Mestre Negro is not a Black Metal album but I’d say it is for sure a Dark one.

Did the choice of instrumentation have an impact on the writing of the material?

The album was created over guitar fragments that I had found around here and were somewhat on hold. I can’t recall when they were recorded. I knew I had stuff to do but sometimes things take their time, their pauses for their need to become dormant, dead to later on live again.

Like I previously mentioned, some parts were done from old unfinished ideas. It’s really not a left-overs album but one that is similar to an infernal being in a cocoon that evolves, rests, evolves again and develops as time passes by until its climax shape. All I wanted for this album was for it not to be obvious and have its subtle Keys. No one needs to find them!

The aim was to reach, sonically, the essence of Sathanas, of Darkness and of His Primordial Void. Plus the album – for whoever understands Portuguese – is evocatively enough to make itself stand against god and the light that blinds his followers.

How did you approach composition and how do the ideas develop?

Naturally, gradually, intuitively. There wasn’t a great rush for things to flow and when they get off your own hands, they’ll call for you when you’re to work on them and with them. 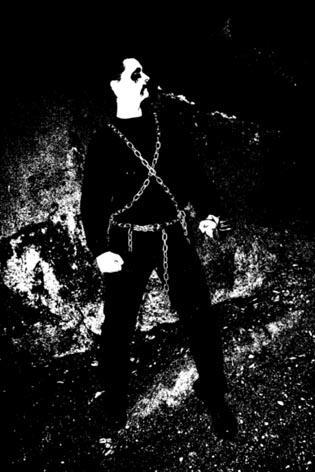 You’re working with Altare Productions (website; Soundcloud) and Frost & Fire (website) for the release of the album. Why choose to work with these labels? Do you plan to stay with them for future releases?

Frost & Fire listened to the album and enjoyed and since Altare Productions has been, so to speak “the label” to work with Mons Veneris then again, things were bound to happen this way. It is very likely that every future material will be done by Altare and with any other label it will be cooperating with Altare Productions. Mons Veneris dealt with many labels in the past but this… not enough words can describe how fulfilled and symbiotic this cooperation has been throughout the years.

The band has been in existence since the early 2000s, yes? Can you give us some background information on the band, how it formed, and its musical development since its inception?

Mons Veneris started from that need to reach Satan and Darkness through Dark Art. It started as what we can call Ambient, Dungeon, Experimental… you name it, I shouldn’t care too much about this and later on Black Metal started being conceived under this name, as I was started experimenting with guitars. In essence, there’s a lot of common ground with Black Metal and one can say it’s a Black Metal project – which it is – but it is also something more. I am suspect to speak on this matter for I do engage closely with this Work.

The identities of the band members have long remained no more than speculation and all that’s known is that Mons Veneris belongs to the Black Circle. How did the Black Circle arise?

Black Circle became circa ’05-‘06 E.S. through the noise / ritual of unlight of Rainha Cólera. It eventually consolidated with Vetala in ’07 E.S. As for identities of band or project members… there’s already way too many celebrities for metal people to gossip about. I don’t think that is of importance when it’s the Work per se that truly matters.

Is there a philosophy or an ideology behind the Black Circle? Can you tell us about it, how it originated, what influenced it and how it has evolved?

As an obvious influence were The Black Legions and The Black Circle also exist as an homage to them as well. Before my eyes, I’ve seen many bands claiming being influenced by The Black Legions, yet they had no elements resembling of their legacy. While having them as an important reference, people shouldn’t get themselves wrong about The Black Circle: it is not a copy nor it can be. There are different elements and natural settings which make it impossible to recreate or even try such a thing / movement… as well as too much mystery to attempt being something similar.

But more concretely about The Black Circle, it glorifies Evil and Satan. It sees the downfall of humanity. This Evil is not that, so common and so petty committed by mindless humans for their minor urges but one that it’s philosophically unconceivable for in its genesis it is transcendence and does not express through the flesh-like world… and so, in Silence and Darkness it rests, translating itself…

Darkness! Darkness it is the main influence. Thought it can be illustrated by the essence of Sathanas, Darkness can be a misty, cloudy concept that is beyond the comprehension of the vulgar humanity as well as my own comprehension… hence the need to search for it in different ways. Speaking of sound – and curiously you sort of went close on your review – contemporary music is one of those influences and the way it reached my subconscious for later on the Work resembling hints of something, that well, it’s not so likely to see through this musical genre. There is some sense of uneasiness or an invisible claw, an affliction that is in some sort static suspense in some contemporary works. I could point to Luciano Berio, György Ligeti (“Volumina” for instance), some organ works of Olivier Messianen or Edgard Varèse. Also musique concrete or electroacoustic played their roles on some nuances of the sound. To have this idea one has to know quite some works of Mons Veneris for they have different phases constituting the same body of work. I can’t remember if this is a point I ever clarified in an interview or that simply no one has noticed before “something else” in the sound. While Black Metal can be a genre with an inherent Darkness due to its nature that is against the established rules of sound and of society, Darkness isn’t bound solely to this genre nor the hateful attitude of “the Black Metal people”. Darkness has many forms in many different places. While at first the relation between Mons Veneris and the aforementioned musical references might confuse some, it is that feeling of abstract aura and of Chaos presented in some contemporary music that helped in losing the fear to disconnect from some musical cannons (not all though) with discretion. That way, freedom to creatively fly downwards was found, switching from anti-structure and structure back and forth. I cannot compare Mons Veneris to these artists nor is this a way to be shoulder-by-shoulder with them. It is all about creating and destroying. For that to happen now, some unlikely Darkness unlocked doors in the ability of the project to do so.

What does the act of creating music mean to Mons Veneris and the Black Circle?

For Mons Veneris, not that I know of… but who knows about the uncertainties of the future or the present impulse?

What would be the ideal setting for a performance by Mons Veneris?

Some dungeon-like place in a Dark Castle with soil instead of floor, with the mix of scents of life and Death. Torches with fire burning strong. A mixed performance with mixed sensations ending with accomplishment that once again, humanity was cursed (more than what already is).

What does the future hold for Mons Veneris? Is there more material in the works?

Some material might be out… or maybe not. There’s no big need for big plans or expectations as of lately. I suppose things will come out when they do. 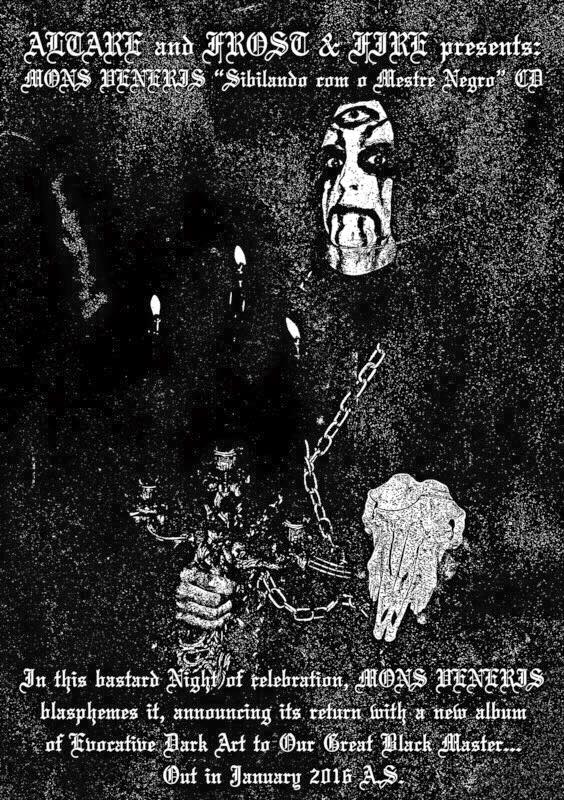