There is nothing in the horizon…

On 1 March, Portugal’s Dead Procession released Rituais e Mantras do Medo (“Rituals and Mantras of Fear” to us lesser mortals). Hypnotic, haunting and chillingly commanding, the dark shadow of black metal looms large across its ritualistic depths and is an album well worth seeking out. Here, a voice that we assume emanates from a human form gives MR’s Jason Guest an insight into the album, the band’s philosophy, what music and its creation means to the band and why preparation is necessary for the audience…

Thank you very much for taking time out for this interview and congratulations on Rituais e Mantras do Medo (reviewed here). What was it that you wanted to achieve with this album?

This album was essentially made to crystalize what happened and what was felt during the recordings. These tracks will remain a puzzle for most listeners, but they transport everyone involved to an intense mind set.

How did you approach composition for Rituais…? Did you have an idea of how you wanted the album to sound, or did each of the tracks and the whole thing take shape as it was being developed?

Early DP demos were instinctive ambient/drone recordings without a prior composition concern. This album was completely premeditated both in structures, melodies and lyrics… I had a clear vision of what I wanted to achieve.

The album title translates as “Rituals and Mantras of Fear”. Why fear? Is it something that must be confronted, integrated, accepted?

Fear is one of the most intense feelings one can have. They reach our deepest abysses and pierce us from within, the same way these songs make me feel.

You’re working with Labyrinth Productions, a sub-label of Altare Productions for the release of the album. Why choose to work with this label? Do you plan to stay with them for future releases?

DP unconventional and almost hardly-commercial music is a challenge to any label. Altare is deeply connected to the Portuguese underground, in a way that being released by Labyrinth/Altare is far from dealing with a record label in the traditional/usual sense. Future DP releases will certainly be handled by Labyrinth.

The ritual is a way to achieve a certain state of mind and spirit. This particular state of consciousness is the purpose. Recorded music is just a memorial of that particular moment, of that mental state.

Is there a philosophy or an ideology behind Dead Procession? Can you tell us about it, how it originated, what influenced it and how it has evolved?

DP music is connected to the after death and its mysteries. This is a subject that needs to remain veiled.

Music is a very powerful medium for conveying messages, secular and spiritual. Do you think that music is itself imbued with a power to provide an avenue into these unknown and underexplored aspects of existence?

The power of human mind has no boundaries but some people are more inclined to channel the essence of those messages, more than others. Music is indeed a medium, not as strong as a physical location or some objects, but still an effective medium.

Dead Procession’s first release was in 2009. How has the band evolved since that time?
Why did you choose to introduce vocals to the Dead Procession palette?

The sound evolved from a sort of mindscape music (the demos) to a sort of real action music (the album) with the split track working as a link between both kinds. Let’s say the urge to start something more complex started to grow stronger with time. Vocals, drums and guitars were added according with the music needs.

The band’s first three releases were each limited to 33 on cassette. Why this number and why this format?

The first demos were mostly handled to close contacts/distributors and were quite limited because, as I already mentioned, this is not a very commercial sort of music. I believe audio cassette is the primordial format for demonstration recordings, so I couldn’t do it differently.

Any plans to release them perhaps as a compilation?

Concept of both projects is very close, so, despite the musical differences, the split EP works as one homogeneous piece of music.

Do Dead Procession have any plans for live shows?

They might happen, but there is nothing in the horizon.

What would be the ideal setting for a Dead Procession performance?

Stage and specially audience must be 100% prepared for DP. If not, a public DP performance will be pointless.

What does the future hold for Dead Procession? Is there more material in the works?

Dead Procession will remain active in the shadows. New material will be recorded during this year.

Thanks for your interest. The cassette version of Rituais e Mantras do Medo is available from www.altare.pt

Labyrinth Productions present the album on cassette tape, with a special edition to be released in oversized box and slipcase. 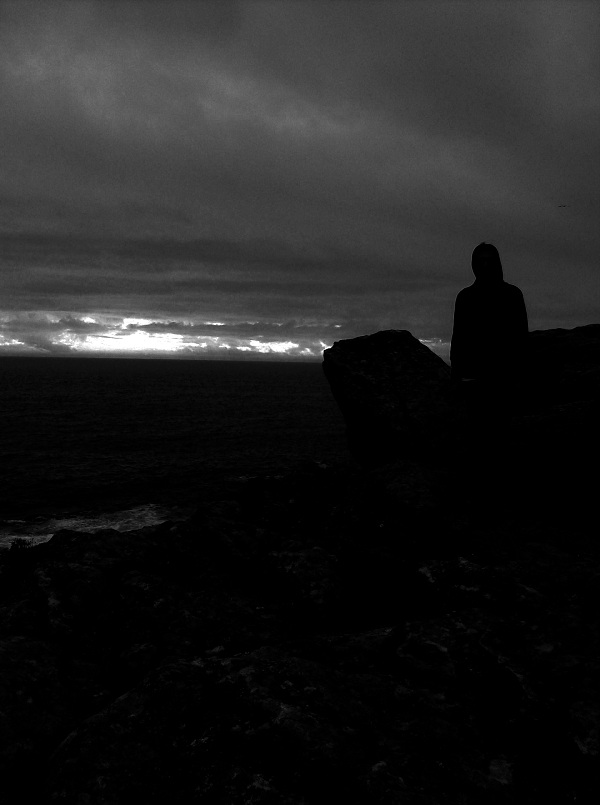