Pure black metal with all its ravishing fury and specific vibe…

14 April 2015 saw the release of Polish black metal band Outre’s first full length, Ghost Chants. Here, bassist Marcin L.th Radecki speaks to MR’s Jason Guest about the band’s evolution since their formation in 2012, their debut album, its creation and the involvement of Mgła / Kriegsmaschine’s M in its production, their plans to support the album, and the band as their central focus…

Thanks for taking time out for this interview and congratulations on your debut album, Ghost Chants. It’s the first time I’ve heard Outre’s music and I’ll definitely be checking out your earlier stuff.

Hi Jason, I’m glad you like the album, thank you. I hope you will enjoy the rest of our music.

You’ve been working together since 2012. How has the band evolved during that time?

The band started as Damian (Igielski)’s solo project. He composed the music for the first EP Tranquility (2013) and needed a vocalist who would be able to lay down the vocal parts. That was the time when Andrzej Nowak joined the band and the Tranquility was released with this line-up. As the time passed the rest of the instrumentalists – Maciej Pelczar on drums, Mateusz Jamróz on guitar and Wiktor Wiercioch on bass – joined the band and Outre started to work as a full-time ensemble. In the beginning of 2014 Wiktor left the band due to his personal obligations and I replaced him. In December 2014 Andrzej left the band and we finished Ghost Chants as a quartet with help of fellow Stawrogin.

What was it that you wanted to achieve with Ghost Chants? What kind of progression does it mark for the band?

First of all, this is our debut full-length album which means it is a significant step in the band’s history. We did not have any clear picture while starting the work on the first compositions. It was just supposed to be pure black metal with all its ravishing fury and specific vibe.

Some sketches appeared in the beginning of 2014. All songs were ready around September. Of course not all of the ideas and songs were taken to the final track list, but I believe we picked up the best of what we did at that moment.

How did you approach composition for the album? Is there a process that Outre follows, such as lyrics first, then guitars, etc…?

The songs are solely written by Damian. He is the trigger for further works like arrangements etc. Usually he sends the rest of the band his ideas which are discussed later on. Once we all have a common vision of the song we bring it to our rehearsal room and give it a final shape. I think this is pretty standard route. When it comes to lyrical part, once Andrzej left the band we decided to write the lyrics from scratch. I decided to take it on me and this was quite an exhausting process due to time pressure. The lyrics to Ghost Chants were written in three weeks actually.

The hardest thing for me is to talk about my own lyrics. Of course there is room for interpretation however I think the lyrics are pretty straightforward – these are seven chants of loss, abandonment and vengeance.

The meaning of the title can be found in the lyrics directly – the chants of loss coming for the earth. I’m not going to reveal the whole concept; I think that would ruin the pleasure of discovering the content of the album.

The album was produced by Mgła’s M. What did he bring to the recording process?

Definitely his credit for this album is the very solid and organic sound. Also he turned out to be not only a very good engineer, but producer as well – during the recording session he gave us a couple hints that we used both in arrangements and sound areas. I do admire his previous works, especially the last album of his band Kriegsmaschine. The drums’ sound is just amazing there. I was quite excited about the production process and I was not let down. 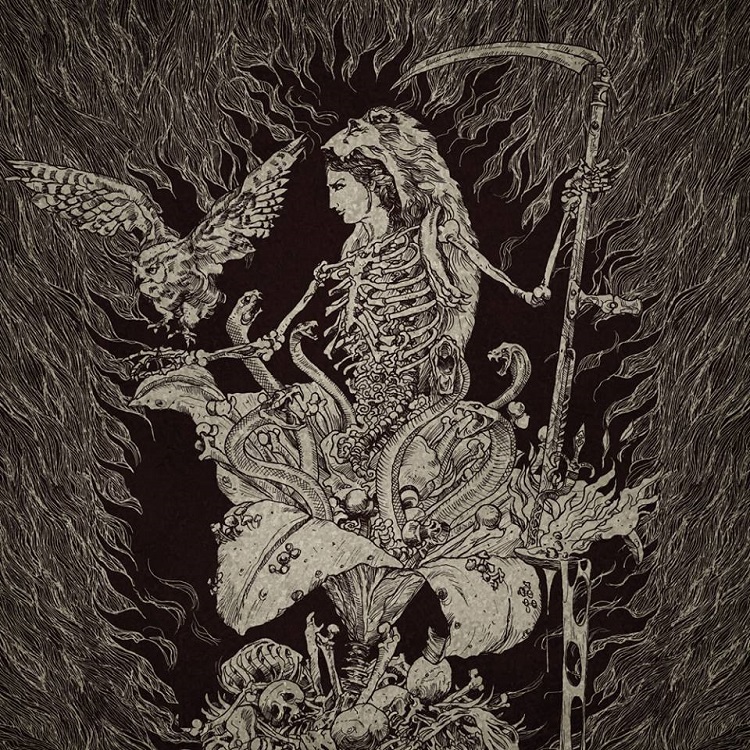 The artwork was prepared by Robert A. von Ritter, a Silesian artist. The artwork consists of not only the front cover but also awesome drawings with a lot of symbolic elements and details. I could not mention about the other guy involved in creating the graphic part of this album – it’s Ihasan, who is responsible for the way the lyrics and all the writings look like, it’s 100% hand-written. When it comes to any directions given to those artists, they worked completely independently without any direct instruction from us. We wanted to give them free hand as we were sure their talent and skills would fulfil our expectations.

Andrzej Nowak, your former vocalist, left the band recently and was replaced by Stawrogin. What has Stawrogin brought to the album?

Actually Stawrogin did not replace Andrzej in the band. He was invited to lay down the vocal parts for the album only and he is not a regular member of the band. When it comes to his   work, it’s hard to judge our own album, but what I can definitely say is he brought it to the upper level and now it’s hard for me to imagine someone else who could do it.

Will he be staying with the band?

For now, the answer is no.

Each of you has been or is in other bands. What does Outre offer that those bands perhaps didn’t or don’t?

Only me and Mateusz got our own bands we run at the moment. When it comes to our previous bands, each have a different story not worth to tell at the moment. Now we are focused on Outre and the upcoming album.

No, we’ve just finished the debut full-length and we would like to start to promote it intensively. I think we will start to work on the second album in the beginning of 2016, but it’s only my guess.

On 9 May 2015 we will play in Katowice, Poland with Svartidaudi, Antediluvian and Empitness. We plan to book some show in the autumn, but we do not have any dates booked so far. UK sounds good as a place to play a gig, but can’t promise anything at the moment.

Thanks for your time, just listen to Ghost Chants and spread the word about it. 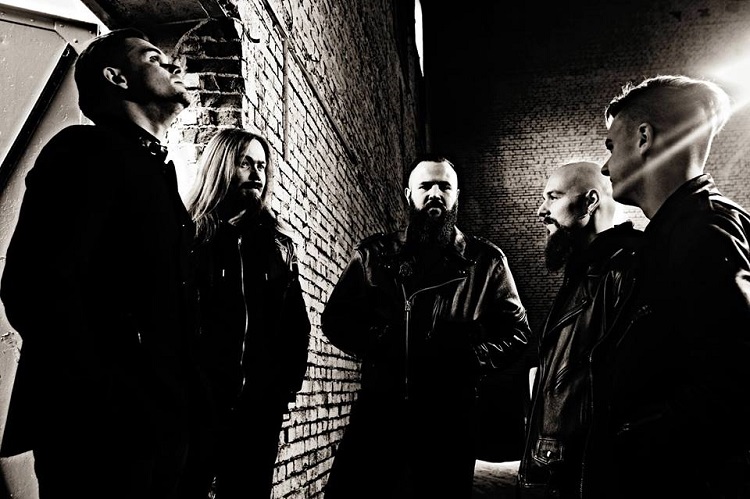