“The five of us got together wanting to do something that would give us satisfaction in our souls.”

The Temperance Movement came to Wolverhampton to play a sold out gig at the Wulfrun. Before the show, frontman Phil Campbell had a chat with Paul Davis of Midlands Rocks, talking about their forthcoming appearance at Download, covering Blur and Oasis and a stage invading Quireboy.

Welcome back to the West Midlands, the fourth time in less than a year.

It’s a very important part of the country to come to if you’re a rock band.

Only last May you played at the Hare & Hounds in Birmingham, now you’re here selling out the Wulfrun. That’s some progress?

It is, I mean it’s pretty massive for us. We saw the Slade Rooms on the way in and Luke (Potashnick, Guitar) pointed it out as the place we played last time.

Although the debut album’s been out for just a few months, you’ve all been around as musicians for a while coming from different backgrounds. That must bring quite a variety of influences to the band?

We’re in part songwriters, in part musicians, we have a shared love of rock ‘n roll music and performance. Having had quite a number of years’ experience doing different things, be they successful or not, the five of us got together wanting to do something that would give us satisfaction in our souls.

You’ve been out in Europe for a while, how has the reaction been there?

Very good. Germany’s a great place to play. Sweden we’ve been before and again it was great, Norway actually was quite good. I liked Eastern Europe, Dresden in Germany, Poland, the Czech Republic.

It’s a busy schedule then, you’re in the UK for a few weeks then back out to Europe, is it Belgium, Germany, then France?

Yeah, a bunch of gigs and not much time in between. You just have to keep going.

Also on the horizon, you’ve just been added to the bill for Download. Something you’re looking forward to?

It is indeed. A big stage and a lot of people.

A different challenge maybe, playing to a festival crowd that aren’t necessarily fans of The Temperance Movement?

Download, as far as I know, is quite heavy, screamy bands and I don’t think that we can really compete with that stuff. We’re just trying to play songs and have a good time. Some folk will like us, some won’t. The most important thing you need to know when you’re in music is that some people will like you and some people won’t.

There’s some footage from Planet Rockstock online where you have an uninvited guest (Spike from The Quireboys) onstage. Is it fair to say you were a little pissed off?

I wouldn’t say that, it wasn’t the guy’s fault. I honestly wouldn’t be bothered but we were playing ‘Stay With Me’, we were really keen to play it live. We just wanted to play it and kind of got interrupted. It wasn’t the dude’s fault. Spike had been told we wanted him on stage, so somebody had taken the piss. It’s a song he has sang a lot. With hindsight I might have dealt with it differently and gone with it. I was a little bit single-minded.

Anything planned for further afield, are you looking at going to the States maybe?

Yeah, I think we’re going there later in the year, in the Autumn.  A few gigs, not a big thing, we’re trying to get a tour set up that will run in conjunction with the album being released there.

Something you’ve just been involved in recently is Record Store Day. How did this come about, is it something suggested by the label?

The details of how these things come about I can never tell you. All I know is we were called by our management with this opportunity to make a recording for Record Store Day, a couple of covers that would celebrate British rock and we were going to get to do it at Abbey Road. We put aside the notion of doing things like the Stones, Pink Floyd or whatever, you know, classic rock bands. We did something a bit different to what we normally do. We did Blur and Oasis because they were the bands that were around when we were growing up. Both bands we enjoyed elements of but they don’t really come into our sound. Just something people wouldn’t expect.

Does the whole band get involved with the song writing process?

Yeah, of course. I think every band, if they would admit it, every band does that. Each member of the band has a different capability, hears things differently and maybe some folk start a thing off. Nobody is so bold to say in The Temperance Movement this is how it is, all follow this. We work out problems, we start off with a good tune, it’s working, then somehow it stops working. Between us, we’ll sort that out.

Any plans yet for album number 2 or is it too early for that?

Yeah, you know, we’ve got songs. We’re playing some things. This time, the way that it is, we’re bringing in songs and trying them out and then kind of writing in the downtime. We’re building up an album. To be honest with you, playing the songs live is one thing and recording is another. The recording that we made of our first record is quite different from the way we play the songs now, because once you’ve recorded that, you’ve given it it’s time and place. That’s your template and you can do whatever you want with them.

Bringing in songs before they’re ready is a bit odd for us, but I think we’re just gonna try a few things. At the minute we just see how it goes.

Thanks for taking the time to talk to Midlands Rocks.

Thanks man, thanks for your time. 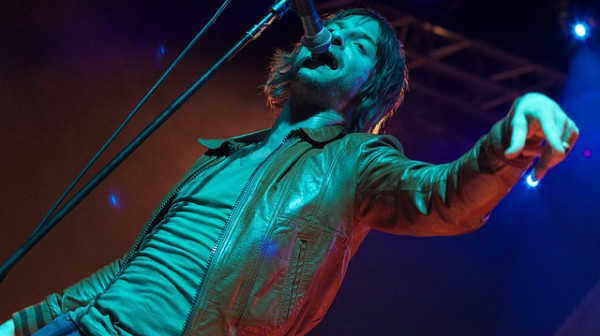