“We are still dealing with the consequences of “Sister” at the moment.”

As a follow up to their London show with Behemoth and Cradle of Filth in February, Brady Deeprose caught up with Pelle, the lungs behind In Solitude.

You’ve recently been on tour with Cradle Of Filth and Behemoth, how was it touring with some of the heavyweights in extreme metal?

Despite the fact that we wont do anything similar in the future, I was pleased when I came home. It was quite fruitful in the end. It brought the five of us closer together in a special way.

We caught you on the UK leg of the tour, how do you find touring the UK in comparison to the rest of Europe?

It’s quite different in some ways, I guess, but its hard to put a finger on it. But in general its quite similar. I like to think that a room of death-driven Rock music transcends general borders.

Your currently touring your third album, Sister, how do you feel you’ve progressed from your earlier music?

Well, of course. If we wouldn’t have, we would have stopped playing with this band instantly. That’s where it should end with every band. When things are not moving ahead organically any more. To me, the most essential thing about writing music and creating art together is to develop. I cant see what the point would be otherwise.

You’re often on lineups with less traditional ‘Heavy Metal’ bands and more modern Black/Death metal bands: why do you think this is?

Despite the fact that we’ve done one or two tours with some music we really don’t like, we really try to tour with bands that we genuinly like, or at least feel that we have a special and fruitfull connection to. Something that creates an interesting diversity. It has just happened to be that way that a lot of the bands we appreciate these days play Black and Death Metal music. An area in music that has been far more conclusive to why we’re here than any “traditional heavy metal” band I can think of, whatever that is.

You’re often compared to Ghost BC, how do you feel about this/do you agree you have a similar sound?

No, I don’t think we have a similar sound to that of Ghost. A conclusion like that sounds quite comical to me. Kudos to them for their music, but I really cant see the similarities. We are operating in a completely different area, if you ask me.

Have you started work on the follow-up to Sister?

No. At least not all the five of us together. We are still dealing with the consequences of “Sister” at the moment. Which is a lot at the moment. Potential things are however happening in our individual camps. Let’s see where the bullets hit. To be honest with you, the work that went into this album and the results of it are really overshadowing my notions of the future right now. And I’m happy that I’m feeling that way since it means that we’ve done something good.

Are you planning to return to the UK soon?

Definitely. I cant wait to play the UK again. Last time around was a very interesting and fateful journey, regardless of a few bad nights. I often think of those times with a peculiar feeling.

What bands on the current circuit do you guys listen to?

What can we expect for the future of In Solitude?

A lot of slipping, with bruised knees and laughter, into that starry gap that constitutes our vision. Music for the accumulation of the abyss. Thank you. I-A-L-A-A.

No problem, thanks for your time.

Sister is out now via Metal Blade 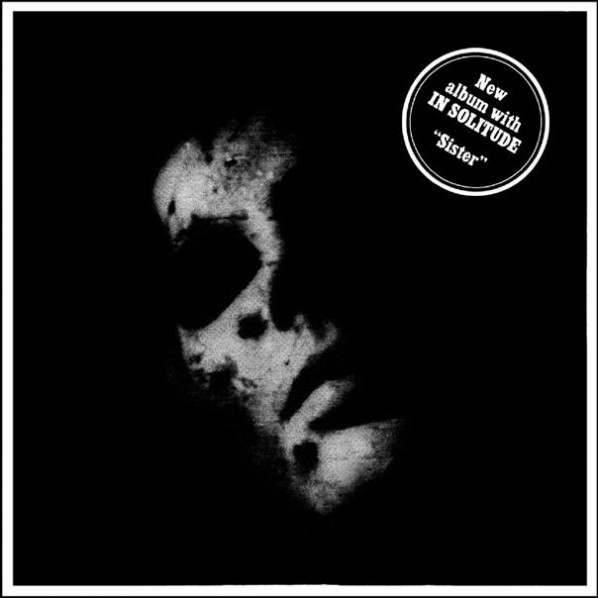