Made up of front man/guitarist Paul Bearer, bassist Jason Andy Argonauts and drummer Chris Bassett, Funeral Horse return this September with their new album Divinity For The Wicked on the Houston-based label Artificial Head Records. Here, MR’s Jason Guest talks with Paul Bearer about the band and their love of the likes of Black Sabbath, Trouble and Cathedral as well as The Melvins and Harvey Milk, the album, its writing, Margaret Thatcher and how a suicide note found in the workplace influenced one of their songs…

Hi Paul. Thank you very much for taking time out for this interview and congratulations on Divinity For The Wicked.

To get us up to speed, can you give us some background on Funeral Horse; how the band formed and what drew you together?

Jason (our bass player) placed an ad online seeking people into heavier styles of music and it was pretty much downhill from there.

Who and what are the band’s main influences? And how have they influenced Funeral Horse?

Man, we just love those old Sabbath records (up to Born Again) and pretty much any good beer we can get our hands on. Sabbath influences us in many ways – from their earlier jazz tendencies to their sudden use of tempo changes and – of course – their almighty riffs. Lyrically, we had been influenced by old Discharge (especially See Nothing Hear Nothing Say Nothing) in that our lyrics were straight and to the point. The latest batch of songs draws more of an influence (musically and lyrically) from Trouble and Cathedral. And dude, nothing gets us going like a stash of good beers.

How did you come up with that band name?

I was casually watching the funeral procession of Margaret Thatcher and I heard the announcer mention, “and now they are preparing the funeral horses for the carriage…”. Whatever I was doing at that time, I remember stopping to write down the words Funeral Horse. It just sounded ancient and doomy.

How have the band developed since its formation?

We started off as more of a stoner punk kind of band. Kind of like The Melvins and Harvey Milk. But as more songs were written – we incorporated more of the doom element. We also like a bit of experimentation with our songs and with our studio work (there’s that old Sabbath influence peeking out) and this new album will see us branching out even more into sonic textures.

So, the album. Can you tell us about the title and its meaning?

Sure, Jason. Divinity for the Wicked is a comment on how quickly society (especially online society) forgets the bad things that people do.

We had a clear idea of what we wanted before we walked into the studio – which is important as studio time can get expensive rather quickly if you’re all just sitting around wondering what to do next.

About a year. A few of the songs on the new album were developed back when we recorded Sinister Rites of the Master.

The lyrics for ‘Underneath All That Ever Was’ were drawn in part from the words found in a suicide note of one of Bearer’s co-workers which had gone unnoticed for several days pinned to an office bulletin board. That such a note in such an obvious place should be ignored for so long is pretty grim to say the least. Why choose to write a song about it?

Well, let me explain a little more on the circumstances. I was working at a dot com which employed about 100+ people. So when someone goes missing for a few days – it isn’t noticed until someone goes to their cubicle looking for either documents or paperwork. This particular fellow wasn’t very high up the food chain, so it wasn’t until our Human Resources Director received a call from the police that we realized the guy had been gone for a while.

That’s when one of us went to his desk and saw the note pinned to his bulletin board. It was neatly typed out – so it looked like a regular office memo. It turns out that he and a friend had a suicide pact where they agreed to jump off the San Francisco Golden Gate Bridge together… but he didn’t jump. He admitted to pushing his friend off and then he froze.

For a long time, I wondered about all the circumstance behind what he did and how he felt standing there watching his friend fall to his death. I guess I felt that I needed to write about it – hence the song.

What are the other lyrical themes in the album? And where did inspiration come from?

The other songs on the album are not as morbid. One of the songs talks about us nearly getting busted for all the weed we had when we toured along the Texas/Mexico border. Another song is influenced by The Omen (the 1976 version) and yet another on the prophecies of Rasputin. 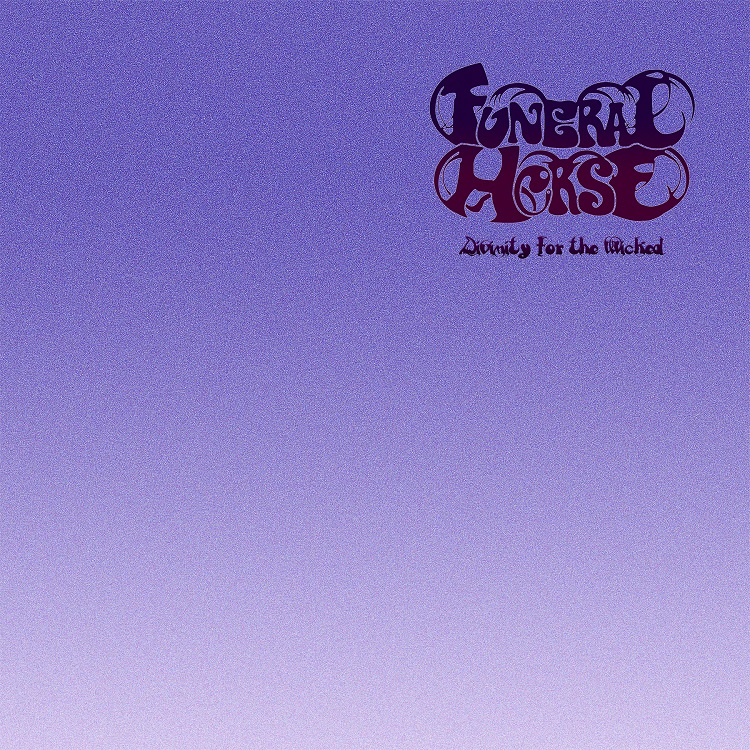 I like the simple approach to the artwork for the album. What inspired it?

The album cover was something of a last minute deal. We originally commissioned Savage Pencil to create our cover, but when he submitted his design – we felt it was just too much for a cover. We loved it, yes… but for an album cover – it just didn’t work. So we decided to change up the cover significantly and have the record as a gatefold with Savage Pencil’s work on the inside. In regards to inspiration for the final cover design – take a look at Close to the Edge by Yes… then look at our cover. See what we did there?

How does Funeral Horse write? Do you write individually, collectively, jam ideas out in the rehearsal room…?

I will draft up a song idea (musically and lyrically) and let it kind of simmer for a week. Then, I’ll take another listen and figure out if it’s something for us to pursue. I’ll then play it in the rehearsal studio for the guys and we’ll collectively hammer out the edges. Sometimes songs will continue to develop and sometimes they’ll get dropped with bits and pieces used for other songs.

Can you tell us a little about Artificial Head Records and your relationship with them?

It’s quite incestuous in that I run the label with my friends Liz and Kevin.

Any upcoming shows? And any chance of seeing you in the UK?

Shoot man, we have a lot of gigs coming up – but nothing in the UK yet. We are working on getting a European tour together for mid-October.

What does the future hold for Funeral Horse? Booze? Drugs? Music? None of the above?

Drink too much coffee man! 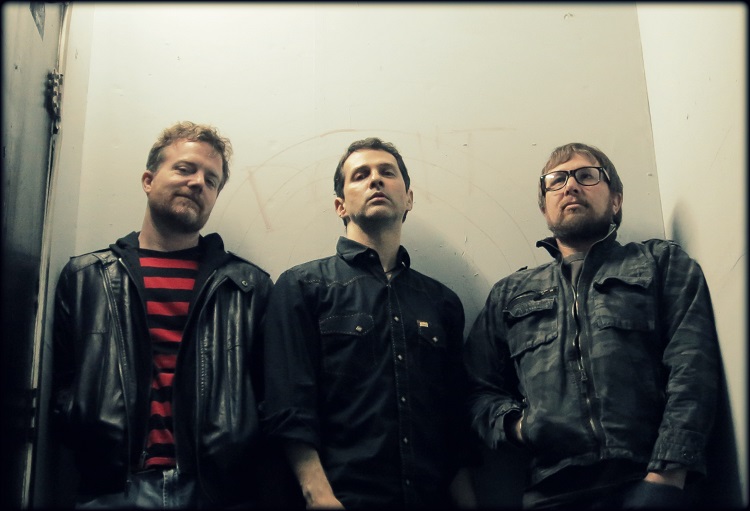