Silent meditation is my preference…

On 21 October 2016, just over two years after their first demo, Vastitas (reviewed here), the highly anticipated debut album of New Zealand’s Verberis, Vexamen, was released. More than worth the wait, it’s an accomplished debut (MR’s review is here) thick with pollutants and preternatural entities, blackened death metal savagery and disconcerting soundscapes. Here, the faceless/nameless voice of the band talks to MR’s Jason Guest about the album, its production, the stunning artwork, by Artem Grigoryev, and, amongst other topics, trance-like states, binaural beats, brain entrainment technologies, and death as the transformer…

It’s been two years since your initial demo was released through Iron Bonehead. How far has the band come since then? And how is it reflected in the album?

It’s difficult to look at in terms of development, as the aim for Vastitas was different to that of Vexamen. Vastitas served as a brief glimpse through the rift and into the plane of VRBRS; an overwhelming tempest providing little time for comprehension from start to finish. With Vexamen, the goal was to drag the listener through the rift entirely to gain a more complete experience of this realm.

Can you tell us about the album title, Vexamen, and its meaning?

It is a statement of upheaval proclaiming the coming of Verberis, and explores the two themes personified by Pazuzu and Protogonos: upheaval and death of the mundane; and purification and (re)birth in the fires of spiritual growth.

As your first full length, what did you want to achieve with the album?

As mentioned, its purpose is in delivering a clear representation of Verberis’ potential. While the domain will always be of Black Death, Vexamen demonstrates that the rigid adherence to sub-genre labels and boundaries is of no concern. 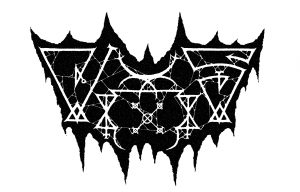 With regard to writing, there was a clear idea for the musical direction on Vexamen, but at the same time the creative process is a very intuitive and spontaneous one for me – there is very little planned (in a theoretical sense) beforehand. The only thing that is brought into it is an idea of the atmosphere and emotion that the song is to convey. While there is a razor wire that runs through the entirety of the album linking all of the songs together, Vexamen does not tell a story from beginning to end; thus the final track order was chosen based primarily on the starting and ending tempos, keys and tones.

Regarding production, the aim was an unpolished yet still clearer sound compared to Vastitas; but furthermore, a unique soundscape for this type of music in terms of bass guitar presence and the type of electric guitar used. Aside from the drum recording, no external engineer was used for the production process, providing a DIY approach to the rest of the recording and mixing sessions as it developed. I think Phil/VK’s résumé speaks for itself as to why he was chosen to master Vexamen.

There are two tracks on the album that first appeared on the demo, ‘The Primordial Rift’ and ‘Fangs of Pazuzu’. Why did you choose to revisit these two tracks but not the others? And how are the new versions different to the originals?

The skeletons of ‘Sepulchral Slumber’ and ‘Kaliginous Ascent’ were written a year or so before ‘The Primordial Rift’ and ‘Fangs of Pazuzu’ (which were written in 2012); long before the name Verberis was known and the intention to delve into this dimension and record a demo existed. The two former tracks come from a different ‘period’ per se, but are not to be regarded as being inadequate for Vexamen, as they may very well be resurrected in the future if it is called for.

The remarkable ‘Vereri’ is sonically very different to the rest of the tracks on the album. What inspired this approach to this track?

The nature of Verberis being a multi-dimensional expression. Personally, I do not care much for genres. What links the different styles of music that I listen to and the artists I admire is a common aura of sincere aural darkness. The album called for a moment to breathe following the violence of Pazuzu and preceding the voidward finale. What is different about ‘Vereri’ is only that it employs classical instrumentation, serving as a sombre yet still harrowing interlude.

All of the music was written from 2012 to 2014 with lyrics being finished in early 2015 if I recall correctly. 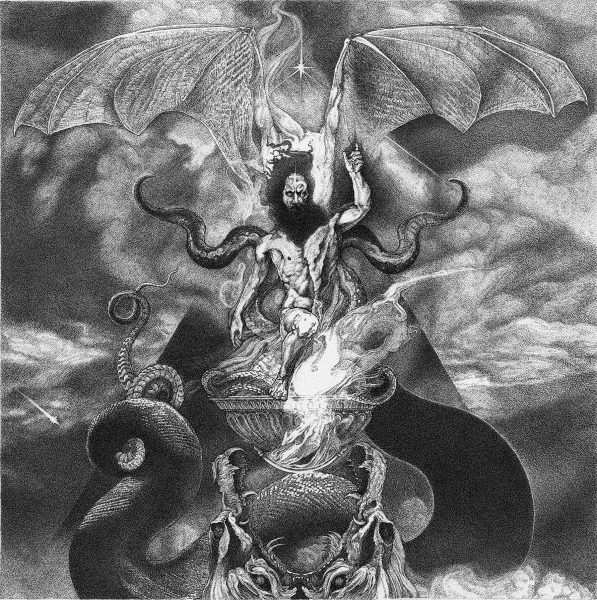 The artwork by Artem Grigoryev is stunning! Can you tell us about the artwork and how it relates to the music?

The artwork is a graphical representation of the meaning of Vexamen. For a more in-depth understanding one should read the lyrics for the title track.

A dumb question perhaps, but what drew you to him for the album? And how much direction was given in its design?

I have long been in awe of the stippling technique and felt the elaborate aesthetic would match the content of Vexamen suitably. I have come across a few different artists who are masters of this technique but with very recognisable trademarks, and this I wanted to avoid. Artem was chosen because of his exceptional talent but also because his portfolio comprises mostly of work for very underground bands. He was given basic direction as to what the pieces were to contain symbolically, but as for how they would be represented visually, he had artistic control.

With that said, however, the collaboration was by no means easy nor enjoyable. The release of Vexamen was heavily delayed due to the artwork taking far longer than expected, along with unforeseen changes and disagreements to the initial promise. These are all lessons learned but I can still look upon the final outcome with pride and awe.

How do Verberis approach composition? Is it lyrics first, the music, a concept or a melody perhaps…?

Typically with a vague sense of what the song’s ‘aura’ or vibe will be, followed by the music, concept and then lyrics. But as I previously stated, the writing process for music is a very subconscious one and more closely resembles the act of channelling. You open yourself and let the other side flow through. But it is always interesting–and dare I say important–to approach the act of creation from different angles; for example by writing the drum patterns first rather than focussing on guitar riffs.

What does the act of making music mean to Verberis?

Ultimately, Verberis is just a creative vessel whose importance belongs more to those involved than those on the outside. There is no grand message that we wish to propagate and audience that we wish to convert. The subject matter of Verberis’ lyrics is of a personal and spiritual origin that revolves around the concepts of nigredo and Death as transformer; so, should someone find these meanings and set themselves on an inner journey because of it, it is a bonus but not a goal.

Without knowing exactly what you mean by ‘unknown aspects of existence’ I will answer this from my own interpretation of the phrase.

Essentially, if you’re focussing on the music itself then you aren’t going anywhere. A fundamental step in accessing these ‘unknown aspects of existence’ is switching off or distracting your analytical mind while maintaining a relaxed and receptive disposition. If music is utilised, then long, repetitive music works well in coaxing one into a trance-like state; binaural beats and other brain entrainment technologies tend to be more effective than regular music, though. Repeating mantras or prayers is another method. Silent meditation is my preference.

But alas, this is not what the music of Verberis is about. At least not right now.

Verberis is not a band that exists to pay homage to our musical influences or to glorify the times of old. I could list the bands and artists whose work is admired but I won’t go further than stating that from a purely musical level, they are those who can capture a sincere sense of ravenous darkness and power without falling short on authenticity and creativity.

There is a possibility but nothing has been set into motion yet.

What would be the ideal setting for a Verberis performance?

Dimly lit and brimming with smoke and spectres.

What does the future hold for Verberis?

The future is a sea of potentiality and there are seeds that may or may not be sown. Any news will be announced when the time is right.