“Writing music for me isn’t only about riffs and sounds, but it’s also a very evocative experience.” 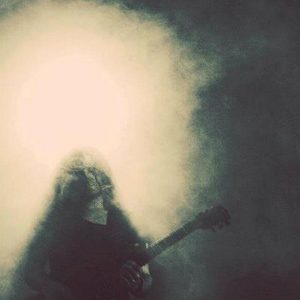 Raymond: Hi there Neige and thank you for doing this interview. I have to admit, Shelter really blew me away.

Neige: Wow, thank you for saying that. It really means a lot to me. During the recording of our previous album I was already growing away from using metal influences in my music. I really wanted to incorporate more dream pop and rock influences in Alcest. When we recorded Voyage I felt I was doing something I wasn’t completely into, which made it quite a frustrating experience for me. I should have made this change a bit earlier. The recording sessions for Shelter were such a liberating experience for me, because the new album really represents where I stand as an artist and musician at this moment in time. The writing and recording sessions went very smoothly. It was almost like this kind of music had to get out of me (laughs). I still love to listen to metal, but after ten years I’m quite done with incorporating metal influences in my music. I’m not the type of artist who makes music to solely please my fans.

Raymond: That’s one of the things I always appreciated in your body of work. You really stick to your own musical vision. What drives this?

Neige: I’m not afraid to progress as a musician and to try different things. As long as I do with integrity, it’s all good. Some bands change their musical style, but when it’s not done with integrity, they’ll fall through sooner or later. Of course, taste is a very subjective thing. Celtic Frost did such a thing by putting out a glam rock album years ago, which didn’t go well with their audience at the time. Evolution as a musician is a very natural thing for me. You’re an artist and in art there’s no room for compromise in expressing yourself completely. We all change as human beings over time and I don’t see any reason why our music shouldn’t evolve with us as we grow (laughs).

Raymond: With each successive Alcest album especially the black metal influences became less and less. Seen in that light Shelter is a logical next step..

Neige: That’s true and lots of bands mellow down as they become older, so Alcest isn’t very original in that sense (laughs). With Shelter we didn’t aim to make the proverbial acoustic album, we really wanted to put out a dirty indie rock album, which has more in common with shoegaze, dream pop and noise rock than anything metal related. My musical references have changed as well. I listen to lots of Sonic Youth and My Bloody Valentine these days. Shelter isn’t our “soft” album, it’s our indie rock album (laughs).

Raymond: So why did you decide to record the album all the way in Iceland and how did Sigur Ros producer Birgir Jon Birgirson became involved?

Neige: We really wanted to record the album in complete isolation and to be completely cut off the world. Iceland is the perfect country for that, because it’s so far from mainland Europe (laughs). It’s a very modern country though. One out of every three inhabitants plays in a band, which I find simply mindblowing. They are very creative people. It doesn’t matter whether you listen to Bjork, Solstafir or Sigur Ros, it’s all very original music. The country itself is very beautiful and we really wanted to capture that atmosphere on our album. We wanted to record the album in perfect isolation or in a bubble if you will. This ties nicely in with the concept behind Shelter. A shelter can be a place to hide away from danger and the world. Iceland was our shelter in that sense. As for the second part of your question I’m a really big fan of the Sigur Ros sound. Their production has this really dirty element to it which I wanted to have for Alcest as well. It has a really vintage quality to it and I think it fits really well with the music on Shelter. It’s a lot better than the clinical metal sound we had on previous Alcest albums. I really like the organic sound on the last Sigur Ros album and that’s why we decided to work with Birgir Jon Birgirson.

Raymond: On Shelter you sing both in English and French. Which language you feel most comfortable with expressing yourself?

Neige: Well, I didn’t sing those English parts (laughs). They are sung by the singer from Slowdive who acts as a guest musician on the album. I only sing in French, but I did write him some English lyrics, because he doesn’t speak French. We also used idioglossia on the last song on the album. They’re just words totally chosen at random without any cohesion or logical context (laughs). I also used a female singer on the album for the choir parts. I didn’t anticipated that the guest musicians I used would bring so much diversity to the album. The Slowdive guy did such an astonishing job on his parts. When I listened to his voice during mixing the album I got goosebumps. I was simply blown away. I have this ethereal and high pitched voice, so it works great in tandem with the lower vocals.

Raymond: A lot of your music revolves around this extrasensory/metaphysical world you encountered during your childhood years. Is this also the case on Shelter?

Neige: Not so much this time around. Shelter is almost like our holiday record in a way. There wasn’t so much pressure to really accurately display the feelings and emotions of that metaphysical world, because they come from so deep emotionally-wise. Shelter is very much a stand alone album  with its own textures and little world if you like. It’s the sort of music I like to listen to myself. This is actually the first Alcest record I can listen to with much pleasure. I’m very proud of my previous output, but this time around I feel much more at ease talking about it, because the creative and recording process wasn’t so intensely personal and emotionally draining as was the case with the previous Alcest records.

Raymond: Some time ago Empyrium put out this live DVD and you were a part of the live line-up as well. How did you become involved?

Neige: The show was recorded in Leipzig and I’m a part of the live band since two years. The first two Alcest albums are recorded in the same studio where Empyrium recorded a couple of their records, so the Empyrium guys knew about my music. I was a big fan of the band in my teenage years. I was really honored when they asked to join the live band. I actually just came back from doing two gigs with Empyrium (laughs).

Raymond: So how do you combine this with your work in Alcest? The band is quite popular at the moment so I can imagine there are lots of shows booked in support of the new album..

Neige: Luckily Empyrium doesn’t do that many live shows. They only did like four or five shows the past three years, so I combine it easily with Alcest. Those shows with Empyrium are almost like a holiday for me. I go to Germany for two or three days, we rehearse a bit, drink a lot of German beers and we play a gig the next day. It’s very relaxed and all the members are close friends of mine. We all know each other for years and there are like eight persons in the band, so a lot of people are involved. The music is very layered and we play in these great venues, like old churches and other historic building. It’s a really cool thing to be a part of (laughs).

Raymond: In the past you were also involved with Lantlos (Ed: Lantlos’ Agape is reviewed here). Are you still a member?

Neige: No, I’m no longer a member of Lantlos. I’m very busy with Alcest and because of that the main guy behind Lantlos wanted to move on without me. I perfectly understand his decision and I’m sure he will continue bringing out great music without me. I’ve heard some music from the next Lantlos album and believe me, it will be great. He will also will be doing the vocals now.

Raymond: Finally, your music conjures up some vivid imagery. Would you ever consider scoring movies or documentaries?

Neige: That’s my ultimate dream actually (laughs). When I was younger I always dreamed about being in band, making music and tour across the world. Now I dream about doing these big time movie scores. I know I can do it. The last song on the Shelter album really has this cinematic quality to it. It would work really well for a movie or documentary. When I make music I always think in pictures, like landscapes and forests. Writing music for me isn’t only about riffs and sounds, but it’s also a very evocative experience.