Ideas should ferment and rest for a while, just as good wine does…

Fronted by violinist Ecnerual, Mourning Mist’s music’s avant-garde musings are blended with darker atmospheres, their lyrics dripping with misanthropic musings on mankind and existence. Formed in 2013, the original trio of Ecnerual (violin / vocals), Chris (guitar / vocals) and Mid (drums / vocals), in early 2014 Kvasir (of Profezia and Abhor) joined the band on bass. With the Italian black metal / avant-garde doom ensemble’s debut due to appear on 9 February 2015, mainman Ecnerual talks to MR’s Jason Guest about the band, the album, their diverse style, the violin as lead instrument, and the impact of nature and art on their music…

Thanks for taking time out for this interview and congratulations on your upcoming album. Can you tell us about the band, how it formed, and what it was that drew you together to make music under the name Mourning Mist?

Ecnerual: Mourning Mist was formed when Ecnerual, Chris and Mid met together in the heart of Italy, a region named Umbria. We started to play music together with the will to create  something new and unheard of before,  inspired by the nature of our Umbrian lands and a very a dark point of view. The autumn landscape surrounded  by fog gave us the inspiration for our name. Later on Kvasir from Abhor and Profezia joined the band giving a substantial contribution to the dark sound of the project. 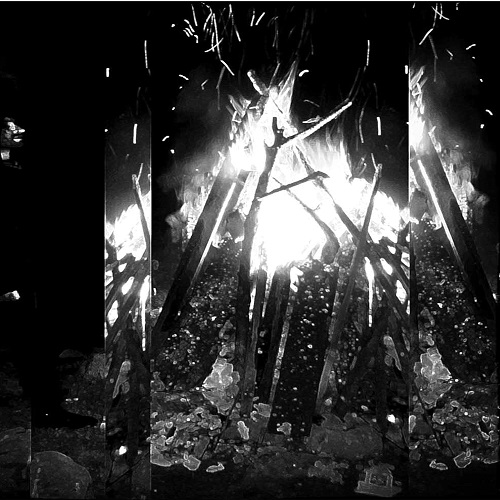 Ecnerual: The album took shape gradually…the ideas developed while our work was progressing, then the underlying concept of the album came together because they all seemed to flow into each other.

How long have you been working on the album?

Ecnerual: More or less one year. We took our time during  composition because we think  ideas should ferment and rest for a while, just as good wine does.

The music takes in a lot of different styles and approaches very different to what usually falls under the black metal banner. What inspired this approach?

Ecnerual: Our different music experiences and tastes find a perfect meeting point in this album. I have studied classical music during my education and I listen to lots of it, but I’m also into black and doom metal, post-rock and alternative. Chris is inspired by heavy, thrash, death and black metal, and we can notice this in his guitar riffs in the album. While Kvasir and Mid have a very black metal approach to this project

The violin plays a prominent role on the album, melodically and atmospherically as well as taking the lead and moving the music forward. Where the tracks written around the violin parts?

Ecnerual: They were on songs like “Freefall” or “The Flowing”, but we also can notice Chris’s style in songs like “Rage” and “Torment”. Anyway on most of the album we both joined our ideas and riffs and worked on each other parts, then Mid and Kvasir added their ideas perfectly on them. Obviously we did all this following a structure without ever leaving the atmosphere we wanted to transmit with our songs.

Ecnerual: The lyrical theme is quite abstract but it reveals misanthropy, rage and lust for revenge.  Metaphorically, the lyrics also bring to light the weakness of those that attempt the obstruction of man’s individual liberty and freedom of choice, making a portrayal of their eternal pain and damnation. The theme meets up with the music that at the same time expresses the cold atmosphere of our lands in autumn. In my opinion nature, from this dark point of view, is a perfect scenary for tormented souls seeking redemption.

Is there a theme, a concept, or a philosophy that underpins Mourning Mist’s music?

Ecnerual: There isn’t a real philosophy behind our project, but I can say that our music is a representation of our introspection and inwardness. Also the lyrical theme and the nature theme, are expressions of part of what we want to transmit with the project 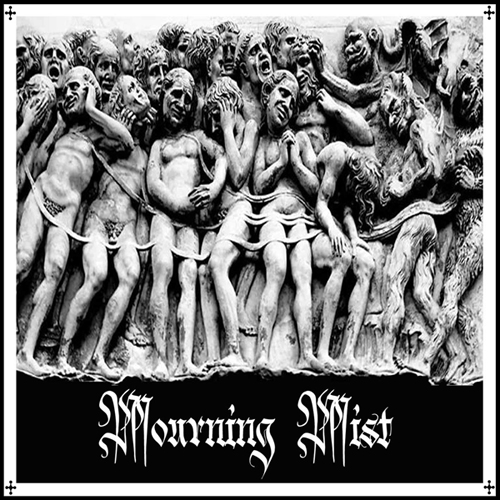 The artwork for the album is very striking. Can you tell us about the design, where it’s from, and what it represents?

Ecnerual: The artwork shows a few landmarks from our land from different viewpoints (nature, art, castles, ruins, forests etc.). The cover is a picture from a low relief that you can find on the facade of the cathedral in Orvieto (the city where I actually live). It’s at the base of one of the four steeples and it depicts damned souls. It’s just a part of the whole low relief representing doomsday.

How did you come to work with Forever Plagued? And do you plan to stay with them for future releases?

Ecnerual: We started to work with Forever Plagued Records after we  sent our music to them. They appreciated our work so we decided to collaborate. At the moment they are doing a very good job and we are pleased with it, so we hope to continue with them in the future.

What does the act of making music mean to Mourning Mist?

Ecnerual: I think that making music for Mourning Mist is a perfect way for us to express our darkest feelings, a chance to reveal things we can’t easily say with words, and also a way to go “against the grain”.

Kvasir: I grew up before internet era and the underground was very different from now. There are some benefits with the so-called technology, the way to communicate is much easier and faster, but I’d have preferred to be stuck in time. Slowness is the key to appreciate things, fastness is cool at first but it leaves you a feeling of emptiness later on. Without internet today is just unthinkable. Maybe I’m just very nostalgic…

Ecnerual: We have started to work on new parts and riffs. We still have to structure them properly but we aim to have new songs very soon.

Ecnerual: At the moment there aren’t any gigs planned but the future could well hold live performances, and England is certainly a country in which we would like to play our music. I am personally very close to England… my mother is British and I have double nationality so I’m sure I’ll be thrilled once we have the chance to perform there.

What would be the ideal setting for a Mourning Mist performance?

Ecnerual:  I would see Mourning Mist playing in an old theater with very low lighting and no more than 100 people watching.

Ecnerual: It’s been a pleasure answering to your questions, and thank you for taking the time to appreciate our music. If I could say anything to your readers it would be this: break your chains. 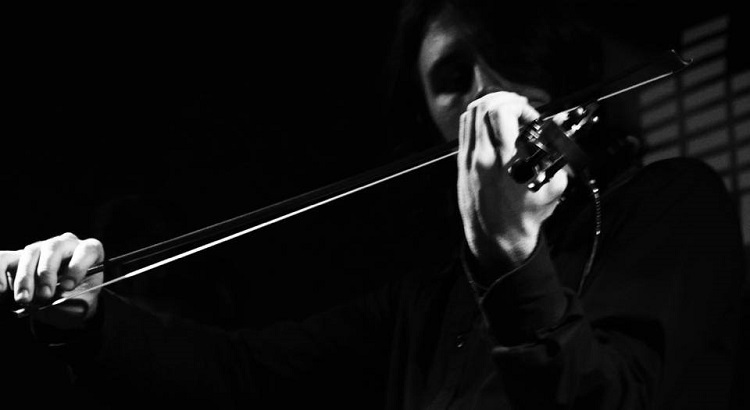