While his black metal / noise project Örök (Facebook, Bandcamp) is making waves, Portugal’s 22-year old Miguel Béco has turned his hand to dark electronica under the name Atila. Here, he talks to MR’s Jason Guest about the band, the differences in approach to composition for both Örök and Atila, the new album V and the creative process, what making music means to him, and playing live in the dark…

Thank you very much for taking time out for this interview and congratulations on V, a very impressive piece of work (reviewed here). To begin, can you give us some background on Atila? What inspired you to create dark electronica under this name?

Well, it started back in 2012 after a few very rudimental experiments, actually all the early stuff sounds pretty rudimental. It started pretty much with me getting more into electronic music, I was listening to a lot of Necro Deathmort, a lot of which was house and a few more things here and there. My motto with this from than until now has been to always keep evolving and experimenting, getting deeper into the electronic music process and principles as well as darker and wider in the explorations. I’m starting to get satisfied with the results by now I guess.

What does Atila allow you that your black metal/noise project Örök doesn’t?

Well, it allows me to do pretty much everything, and most importantly to go search for sounds that are not recognizable as of an instrument. I mean, even with machine drums, highly distorted guitars and vocals as it is the case in Örök, everybody knows what is being used and what it sounds like. With Atila I like to search for less obvious sounds, something much more abstract. Some may see “computer music” as a bad thing or untrue to itself but I just believe the future is in digital and electronic, to search for what has not been heard, or to create from the very beginning, even in the sound of the “instruments” that you are using.

How does your approach to composition for both bands differ?

For Örök it’s a pretty much more traditional and straight forward process, I write down a riff, another riff to top it, a layer of drums and a layer of vocals. The songs are long and a riff can last for 2 minutes or more so even though repetition is key on both it is a much more intuitive and band-like approach. In Atila I feel like it has a bit more of a compositional aspect to it, I like to first experiment with different sounds, different virtual instruments, maybe make a few tracks out of my confort zone for that, and than bring those ideas into a whole. After that it pretty much gains life on its own and expands. V was like 90% written from beginning to end, instead of separate tracks, and than with some arrangements and etc. of course.

This album is entitled V, the fifth album from Atila of course. Do the albums plot a development? And are they thematically linked?

To me it’s much more a matter of indexation, it’s a catalogue, they are chapters, but not necessarily thematically linked. It just marks an evolution from one to the other. Maybe I’ll end it someday once I believe I have achieved what I wanted with this progression, but for now it suits well.

What did you want to achieve with V? For you, what kind of progression does it mark for Atila?

I believed I achieved all that I wanted for this album. Even though I kept working and now it doesn’t sound as tight as I might would have wanted it marks a good turning point for Atila, it is more serious and better produced. Also I keep liking more and more the way the songs shape in a live set, it still leaves room for some creative freedom. Also in terms of response both in a national and international level it marks a good turning point. Things got real and there’s been much more pressing and such. I believe it gave me a good comfort point to keep going forward and pushing other boundaries.

I would say it is the second option. There was this abstract concept and idea of an atmosphere for this album but in terms of song writing it all came up as I was doing it, I just did it at bits, adding ideas from what I heard, experimenting with things until I was happy about it and keep repeating the process.

I’d say that the majority of the process took about 4 months, even though I spent some time searching for the sound I wanted since IV was out, more than one year before. I was more relaxed about the process, I didn’t want to force songs into the album nor release something that would not mark a representative change.

‘Homem’ is the only track to feature vocals, provided by Ermo frontman António Costa. Why choose to work with him? Did you discuss the lyrics or did you leave him to create them by himself?

Well, we’ve met before and we both appreciate each others music and on a night of drinking the idea of doing something together came up. Then I just sent him a semi-closed track that I thought would do well with vocals and he did the rest of the work. I left the whole idea and lyrics up to him; I believe he does better in that aspect. 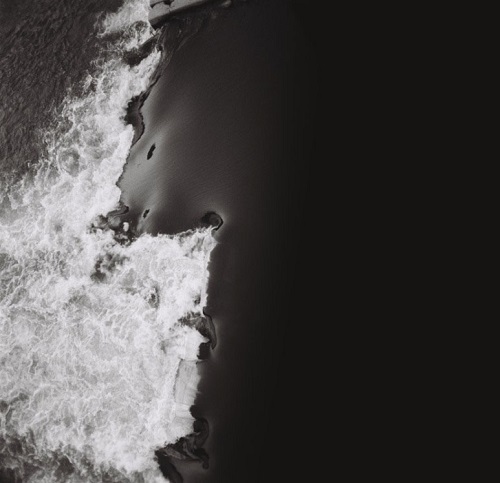 The artwork came after the album was pretty much done. I like how it can bring us some idea of conflict with the water, alongside the big black mass that goes by the side of it. I think that, along with the music, it gives us some room of abstraction and mostly an Idea of motion, something that comes and goes, like a wave, like a tide. It was a very intuitive choice.

Matilde Viegas designed the cover artwork. Why did you choose to work with Viegas? And how much direction did you give in its design?

Matilde is a friend of mine and what happened was basically me asking her to use this picture to which she was flattered with the idea. The picture already existed and I think it suited what I wanted and it was all very informal.

The album was released as a limited cassette by Bisnaga Records in February. Why choose that format?

I had worked with Bisnaga on my previous release. There was no particular choice for the format, even though I like the whole mystique of the cassette. Also being a fan of black metal it still holds a certain statement of underground music. I just like the idea that it can’t be put into a computer and that it gains a life of its own within the analog processing.

How did you come to work with Signal Rex for the release of the album? And do you plan to stay with them for future releases?

Well, I was approached by them to release the album, and there were no previous offers. Also they work on a medium close to mine so everything was very easy and informal. So as long as things go well with them I probably will release more material with them. Even so I don’t like the idea of being stuck to a certain label. Some works may suit better than others.

It is something that you do almost as a need. You can unload a lot of anxiety and negativity into music; you can work with the parts of your brain that you tend to shut down to have a functional social life. It really is a very liberating and cathartic process. Besides that, as any occupation that you have and like to do, making music has a lot of exploration. You always want to do it better and become better and find new ways of expressing yourself. I’d say it is a very healthy obsession.

I’m not really sure if it comes from music itself or if it comes from us, listening to it, but there is indeed something transcendental, if you wanna call it that way, about music. Especially when you begin to think about its history, and the way it has always been related to festivities of spiritual nature, religious ceremonies, etc. So one can say that through music you can leave your corporeal self into a higher state. I think one may say that music gets us in a deeper touch with ourselves and our subconscious.

Any plans for shows in support of Atila’s music?

I just did Amplifest that was great, and there are more 2 or 3 shows scheduled in a nearby future but I’m up for whatever comes up.

What would be the ideal setting for an Atila performance?

I guess it would be a very dark stone basement, very loud and claustrophobic, with as little light as possible, besides the video projections that Guida Ribeiro does with me on the live sets.

What does the future hold for Atila? Is there more music in the works?

The future is to always keep working and making new music and making it reach new people. I don’t intend to stop as it seems to me that it is a very healthy and rewarding thing to do.

I think that’s all. Thank you and thanks to those who took the time to read. 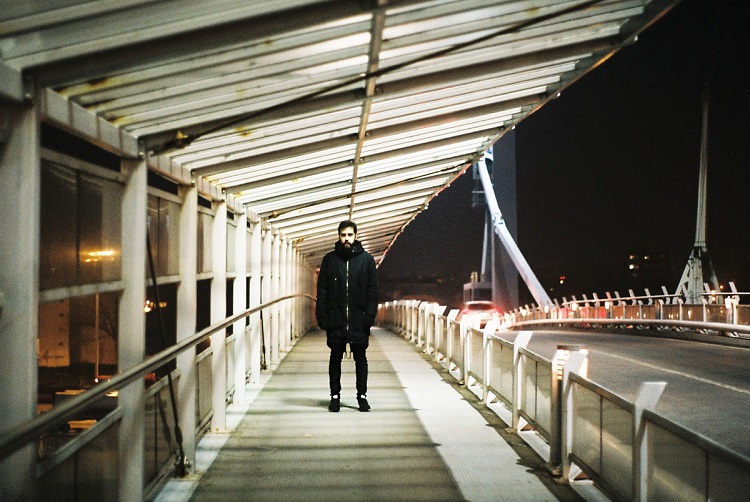