A primordial chaotic Fire that consumes everything into a luminous void…

With new album The Origin of Fire released on 25 March 2015, as well as discussing what the band have been up to in the four year gap since 2011’s Septem, m:A FOG of Italy’s Black Flame talks to MR’s Jason Guest about the new album, the writing process, what PK from Abigor and Iscariah from Dead To This World brought to the album, and their fascination with Kenneth Anger…

Hi and thanks for taking time out for this interview and congratulations on The Origin of Fire – a fantastic piece of work!

Hi and thanks for the compliments. It has been an intense effort to conceive and release this album so we’re particularly glad to see that the first reviews are very good.

It’s been four years since Septem. That’s the longest time between any of the band’s albums. What’s been happening in the Black Flame camp?

The more we challenged ourselves with better and better releases, the more we needed the proper time to grow and evolve as musicians. We done more live dates in support of Septem respect than the previous albums, so this took time off to the songwriting activity, and plus we faced the first line-up change of our career when in late 2011 we’ve been forced to party ways with our former bass player Serpentrax.

Gnosis (bass) and Tiorad (guitar) have recently joined Black Flame. Why choose to work with them? And what have they brought to the band?

Well, they joined recently as full time members, but they aren’t surely new faces for our fans. Tiorad is with us since 2007 as live session and Gnosis since 2011 also as live session. We felt that their loyal work during the years as session needed to be rewarded with the possibility to be active elements of this band. Surely this was a benefit for the band because they could add their inputs during the recording of the last album.

When you were writing for The Origin of Fire, did you have an idea of how you wanted the album to sound or did each of the tracks and the whole thing take shape as it was being developed?

In a certain way yes, we did a rough pre-production around November 2014 in order to listen how all the songs were sounding together and what could have been the best production in order to make them sounding “live” and pulsating. Considering this, it has also to be said that we never enter the studios with the recording plan completely set and fixed. We also like to follow what the “moment” is telling us during the recording… we hate to sound as other bands or as a band which does a lot of calculations, so this was the main idea behind: to show what we are.

What was it that you wanted to achieve with The Origin of Fire? What kind of progression does it mark for the band?

I think this album marks clearly a strong progression in terms of songwriting and I can tell you that it has been several years that we haven’t felt so confident about a new release. Don’t misunderstand me, this doesn’t mean that we did not believe in the last release or anything like this, what I’m trying to say is that the level of confidence and the way we perceive the new material is stronger than ever and we are extremely proud to present it to our fans.

“The Origin of Fire” is clearly linked with our band name and the importance we have always given to the fire as elemental factor and as a metaphor to symbolize different aspects. What feeds a Black Flame since 1998? A Fire, a primordial chaotic Fire that consumes everything into a luminous void. When we completed the songwriting of the album we realized that, in a way, the songs were connected to some of our very early releases and that everything we’ve been able to express in our musical path was there, alive, pulsating and furiously present. So it represents THAT void, THAT primordial energy which forms and feeds the Black Flame.

Mainly humanity and the controversial relationship with man and all the cosmic and religious structures he built in centuries of spiritual decay. The continuous loss of ancient cults, the continuous mere living without any will to elevate over the boundaries imposed by stupid dogmas and poor society rules is definitively tearing humanity apart. “The Origin of Fire” represents the spiritual struggle that every day we seek in order to elevate ourselves into another dimension. It is the will to be not human, it is a strong will to invert the common perception of life and see the light into what everybody tends to teach you as darkness. We are fiery and enlightened messengers of darkness.

PK from Abigor and Iscariah from Dead To This World both appear on the album. How did you come to work with them? And what did they bring to the tracks that they appear on?

Well, PK already collaborated with us around 2004/2005, when he wrote two tracks for the album Conquering Purity. That was the start of a respectful and solid contact that stood the test of time. When we completed the pre-production of the tracks we found out that a couple of them were more than suitable for his guitar style, so we sent them over him and in about a weekend he enthusiastically layered down some very interesting parts. Same as Iscariah, as you now I played in the Norwegian band Dead To This World from late 2008 until few weeks ago, so it came quite natural to invite who I consider a brother for a participation in our album.

Your version of Kenneth Anger’s ‘Lucifer Rising’ closes the album. Why this track? What significance has Kenneth Anger for the band?

We’ve been thinking about covering some weird material, trying to avoid what is the common trend of the moment and trying to cover something that has been already tribute too many times. So, I’m a fanatic of Jimmy Page and all the material he released with Led Zeppelin and others during the Boleskin House period, when his connections with Black Magic were more than an urban legend. Kenneth Anger has always been a contradictory person, so you would say enigmatic, I would say Luciferian : an adversary, an enemy. Lucifer Rising soundtrack has been originally destined to Page, which produced something, but wans’t able to complete the whole film length. At this time Anger commissioned the soundtrack to Bobbby Beausoleil, a sort of Manson associate who then later ended up to be imprisoned for murder. The story says that “Lucifer Rising” was re-recorded by Beausoleil, but any real Led Zeppelin fan could tell you that the Theremin you hear in the background and the guitar touch are from Page, which of course, at the top of his contradictory spirit never confirmed or denied anything. I think you agree with me that there’s enough to be fascinated about to realize a cover. 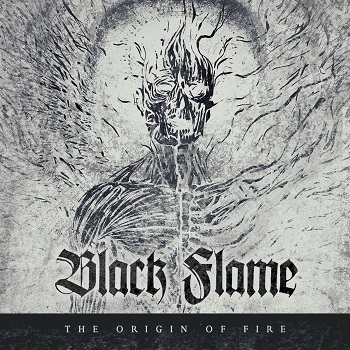 The artwork was realized by our guitarist Tiorad, which works as freelance designer. We felt that nobody better than someone inside the band would have been the best for this duty. He had free choice for his creation and, as I said, knowing the sounds and knowing the lyrics he nailed what we had in our minds.

Black Flame have been working together since 1998. How has the band evolved during that time? How does the band of 2015 compare to the band of 1998?

In 1998 we are about 18/19 of age, very young and immature but already very determined about what way we were going to take. Many times I read about bands which deny their young age by using the young age itself as an excuse to recover to some errors or to some statements. I think that we have always been coherent in our music and in our statements, without looking too much for audience attention with some flaming statements and without changing our musical style at every wind direction change. In 1998 we were young, immature, juvenile and so on, but we were animated by a real fire, which burns still in 2015 and of which we are presenting you its origin.

We have several dates planned and more to come between Italy and Switzerland. We would like to come in UK, and we are looking to some opportunities, let’s see what we can make happen.

It is very early to say, we want all the attention to go to The Origin of Fire because it deserves it.

Disciples of United Kingdom give your soul to The Origin of Fire, Serpens Vigil Est!! 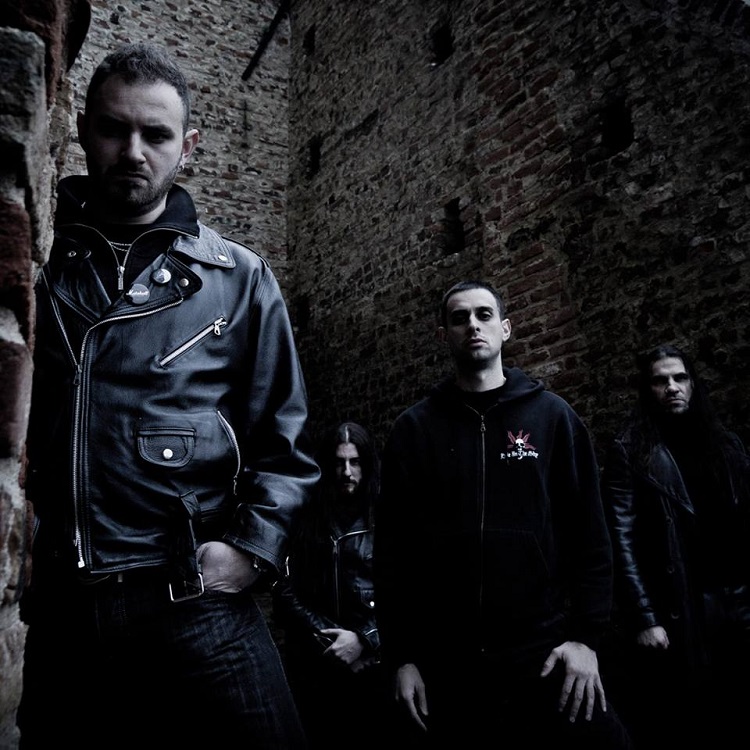