Lowrider released their widely acclaimed album Reflections in early 2020 only for the pandemic to thwart all hopes of taking the record out on tour. After a two-year wait, the Swedish stoner pioneers finally got their moment at Desertfest in London. The day after performing tracks from Reflections – and their seminal debut Ode To lo – before a packed Electric Ballroom, Paul Castles caught up with the the band’s singer/bassist Peder Bergstrand in Camden Town.

If you want some background music while reading our interview, what better than the jaw-dropping ‘Pipe Rider’ from Reflections to get you in the mood.

MR: Welcome back to London, Peder– It’s fair to say Lowrider’s relationship with Desertfest is even more special than most of the band’s playing the festival this year?
Of course, Desertfest was main reason why this band got back together when the organisers reached out to us back in 2013. The band reformed after a gap of more than 10 years just to play Desertfest so we’re very humbled to be invited back once more.

MR: How did you enjoy yesterday’s performance at the Electric Ballroom?
Performing yesterday was wonderful. Desertfest is always so relaxed and welcoming, it’s our third time here. We know lots of the other bands and it almost feels like an old school class or family reunion. The build up to Desertfest has been incredible, the most excited I can recall since waiting to get a Nintendo at Christmas when I was about 10-years-old! We were due to play here in 2020 and then again last year but both years the festival was lost to Covid. Refractions came out in 2020 so its been a very long build-up to play it live here. The one advantage was that people have had even more time to get to really know the record.

MR: How do you reflect now on the astonishing impact your debut album Ode To lo had on the scene when it was released in 2000?
I hadn’t really done much before Lowrider, so that was my first real experience of making a record. We were still teenagers when at the time. I look back now and think we had such an amazing drummer (Andreas Eriksson) and one of the best guitarists (Ole Hellquist) I’ve ever heard who just happened to be someone I knew. Now I realise there’s no one like him! You just think, how on earth did we all emerge together at the same place at the same time? You better not think too much about it or you start to think the cosmos has ideas for you! When you create something you do it because you want to listen to it. Then you hope if you want to listen to it 10 times a day that should be your North Star. 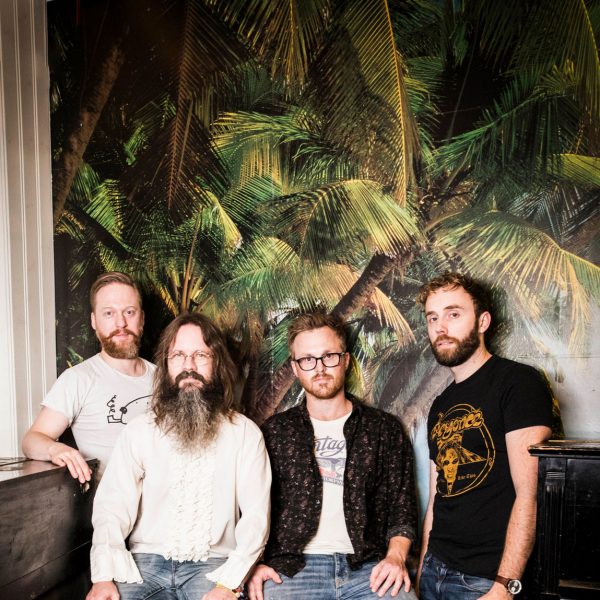 MR: Was the impact on the band following the release of your debut album?
Well we toured Europe, playing to small crowds. It was an adventure but certainly did not feel like we had achieved any level of real ‘success’. Then as we got older we started moving to different cities and starting families and so on so the band went very quiet after that first record.

MR: So what were you doing at this time?
I started my other band I Are Droid and we released a couple of albums. I was also  working with the guys in Dozer on another band project called Greenleaf, initially almost like a session thing but it has become bigger than that now. So I was still doing things musically myself just not with Lowrider. I was also busy making music videos and so I was not just sitting about at home!

MR: What was the trigger that brought Lowrider back together?
Well down the years there had been signs of interest that gathered a bit of momentum, people in Mexico saying ‘I really love your record’, and then another one saying something similar somewhere else. So you kind of start to wonder maybe this is a thing, but it wasn’t until we reformed when invited to play Desertfest in 2013 that we truly saw how people had taken that first record to their heart and in many ways made it their own.

MR: When you recorded Ode To lo, Lowrider were little known – So when 20 years later you made Refractions there was much more interest; did you feel that pressure at all?
You can’t rush it. Our approach was to either do it properly or not at all. So you try and record stuff and see if it feels any good and has potential. If we don’t think its good enough or interesting enough we won’t do anything, that was how we felt. We did not want to come back with a record not as good as what people remember. Ode To lo has become part of people’s identity and it’s almost impossible to meet those expectations.

MR: Two years on, what are your reflections on Refractions?
I felt they were perfect songs, cool, but I was unsure how others would react to them. Songs like ‘Pipe Rider’ and ‘Ode to Ganymede’ are longer and more melodical than a lot of our material. They feel not so much like songs, but like sections. So it’s like people go to McDonalds for a burger and you’re serving them a fine casserole! The discrepancy is so great you almost think it should have a different band name. It’s like Radiohead where every record is different but with us I felt some anxiety just thinking is this too weird for people. But then eventually you relax and feel as long as we like it, that’s all that matters. Then the anxiety fades away.

MR: One of the other great bands playing this weekend are Elephant Tree and you have a split release with them out soon – how did that come about?
I heard their most recent album Habits and that was some of the best shit I’ve heard in a long while. ‘Sails’ is one of the few songs to have really blown me away in the last 10 years. I just reached out to them and they said how much they loved Ode To lo so there was some mutual love and we just spoke about doing something together. I had these tracks and they had a couple of songs, not enough for an album, so we agreed a split would be a cool thing to do.

MR: That was a stunning set at the Electric Ballroom last night, Pedar – when will we see Lowrider back in the UK?
We love to play live but for us in our life at this moment a tour is a hassle so that’s why we do these festivals rather than smaller club shows, I know that’s disappointing for some people but it’s just how it is with us. It also feels right now every gig is time away from studio and we want to focus on that. 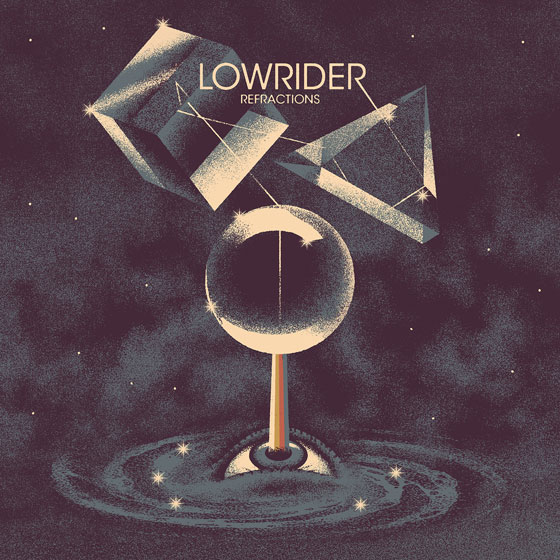 The Lowrider/Elephant Tree split release will be released soon via Blues Funeral Recordings as part of their PostWax Vol. II series.