Hi Kimberley, I hope you are well!

Thank you for the interview and asking Woody.  I’ve been great.  Life’s so good!  I hope it’s the same for you and the readers.

I hear you are recording a new album, can you tell us a bit about it and what fans can expect?

I’m very excited about this new recording project.  Tarot Records and I are teaming together and making a great CD.  Throughout my lifetime I’ve been blessed to perform on numerous recording projects of all styles.  What I love about this project is it takes me back to how I grew up playing and performing.  It’s still how I write songs to this day.  The fans can expect to hear just me and my guitar.  The truth.

I believe it’s to be a totally acoustic album, is there a reason for this?

I’ve been asked by many fans through the years to get back to my roots and sing my song as I write them and I’m excited for this.

When fans come to watch me perform they will hear exactly what they’re hearing on the new CD.

It’s also a wonderful challenge for me.  After my skiing accident last year I didn’t know if I would ever be able to use my right hand again and here I am being able to play the guitar and bass again.  It feels great.

I want to move people emotionally with a simple guitar and words.  That’s very satisfying for me.

What’s the album called and when do you expect it to be released?

“Just Me, My Guitar, the Road and You”

Its planned for a December 2013 release.

You’re recording the album in Malvern in Worcestershire, how come you’ve decided to record the album there?

Not only because of the fabulous recording studio in Malvern Hills where I get to work with excellent professionals, like Daryl Poland and Vince Tarot. Malvern Hills also features beautiful countryside that’s very relaxing.  Many people might not know this about me but I love countryside.  It’s so peaceful.   It’s the perfect place for me to get in touch with my songs and sing from the heart for the listener. 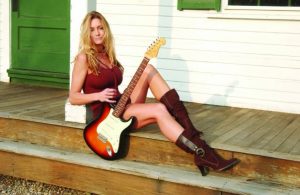 Can you tell us a bit about a few of the songs that may appear on the album, how they were written, what they are about or any stories behind the songs?

It’s funny you ask.  I’ve been writing songs all my life and over the last few years at least 100 more.  While I’ve been preparing for this solo CD I’ve listened to all of them and have only picked out a few.  Over this past month I’ve been writing new originals.  My look at life has changed for the better and I want the listener to know that.

Let’s see… one of the songs that’ll be featured on the new CD is called “I Know Gratitude” I wrote this song with an old friend and amazing artist,  Rob Wolf.  He and I’d been through some challenges in life and all our friends and fans came together and showed us so much love that it was hard to believe.  We had to write a song to sing back to show our appreciation and love.

“I Know Gratitude” starts out:

Life is full of such surprises

They come in all shapes and sizes

And some will hit you harder than you’ll ever know

Sometimes you hold on to the tragic

Think we won’t outlast it

Till you find yourself

Face to face, with hearts of gold

I know gratitude, cause I’ve got friends like you

Do you plan to perform these songs live? And any dates in the UK?

Absolutely!  I can’t wait.  Tarot Records and Management in the UK are in the process of setting up a European solo, acoustic tour in early 2014.  Possible performances are being discussed in Eire, Northern Ireland, Scotland, England, Wales, Netherlands, France and Germany.

A tour of North America and Canada are being discussed for later in 2014.

You’re also in a new band called Color Three.  Can you tell us a bit about the band, how you became involved and your role in the band?

Gary Pihl, Jeff Neal and myself met as members of the band BOSTON and have decided to use our spare time to write, record and perform as the trio, Color Three.  We love being in BOSTON, but when BOSTON isn’t touring, we thought we’d like to play some benefit shows to help wherever we can.  “We’ve used all of our musical interests to create our new sound of Color Three.”

Our first performance was on WGN-TV to let people know about a gig we performed at Soldier Field in Chicago for the Welcome Home Veterans benefit.  It was a great experience.

We were very sorry that we had to postpone our shows in the UK this Summer but will let the public know just as soon as we can re-schedule.

No, not at all.  BOSTON is BOSTON.  There’s no other band in the world that has a sound like Tom Scholz created.  We’re the Color Three.  It’s the three of us coming together writing positive messages in hopes to help and inspire others.  For more information go to:  www.colorthree.com

Besides your solo album and Color Three, do you have any projects coming up in the future you can tell us about?

I’m thrilled to say that yes, BOSTON will be coming out with a very special new project that I’m thrilled to be a part of.  I can’t say much for more information go to: www.bandboston.com

Is there anything else you’d like to add or say to our readers?

Yes, the great news just keeps on coming.  I’m now part of the Tarot Records and Management team both is the UK and US.

Tarot Records and Management in Tennessee will open October 1st, 2013.  I’m honoured and will use all of my experiences to make Tarot Records and Management successful and helpful to artists just like myself.  Through my life I’ve been trail blazing a road that I can share with artists just like myself.  I’m extremely excited for our new record label and management company.  Thanks to Daryl Poland I know I can continue sharing my experiences.  Assisting other great artists.