Sick guitar work, a different approach to writing, and making it mesh all together…

21 April 2015 saw South Florida 5-piece progressive death metal outfit Abiotic release album number two – Casusitry – through Metal Blade Records to much acclaim. Here, MR’s Paul Castles talks to guitarist John Matos about the album, the production work of Jamie King (Between the Buried and Me, Wretched, The Contortionist), facing the challenges and reaping the rewards of the band’s recent line-up changes, working with John Gallagher of Dying Fetus, as well as tours, videos, sacrifice, struggle, and why Causistry is perfect for any young metalhead…

Many thanks for your time with this interview. Your new album Casuistry has made a really strong impression with a lot of people. Can you please tell us something about it?

Thank you so much! It definitely took a lot of time and work to put Casuistry together and we are all really proud of the final product! 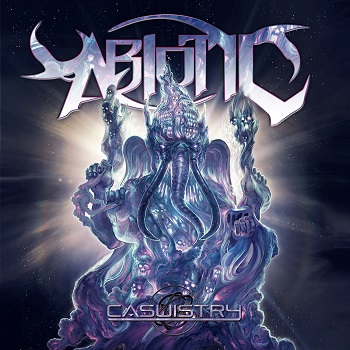 Was it an album that took a look of work or did things fall into place fairly easily?

It was a little bit of both, I’d say. We did go through some member transitions from the last record to this one, so that was the greatest speed bump, I feel like. However, that gave us more time to really hone and tweak the songs to make them what they are now.

The record was put together at Basement Recordings under the watchful gaze of acclaimed producer Jamie King. How much did you value his input?

Jamie definitely had some awesome ideas and suggestions while we were in the studio. His input was highly valued, as his talent and expertise far exceeds ours! Hahaha!

This is a significant release as it’s the first to feature your new singer Travis Bartosek who joined in 2014. What has he brought to the line-up?

With drummer Brent Philips also joining only last year is there now a feeling that Abiotic are embarking on an exciting new phase of their career?

Absolutely! The sound we were going for on Casuistry is something we’ve been trying to execute for a while and everyone on the team is pulling equal weight to make that a reality. This is the Abiotic I look forward to performing and recording with for years to come!

‘Cast into the Depths’ features vocals from Dying Fetus legend John Gallagher. How did that arrangement come about?

We toured with Dying Fetus in the fall of 2013 and had an incredible time. We kept in contact and reached out to John while we were in the studio. Came out killer! 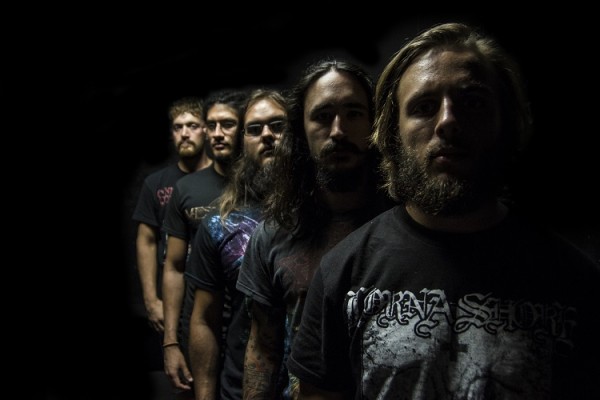 Were you all fans of Dying Fetus before you worked with John? Were they an influence at all and what other bands did you grow up listening to?

I can say we all are huge fans of Dying Fetus! Not only musically, but career wise, those guys are a huge influence! I grew up listening to bands like Dream Theater, Symphony X, Rhapsody, Rush, Van Halen, Racer X, and anything with really sick guitar work!

Is working with other artists that you enjoy and do you think it can occasionally add some added spice to proceedings?

That’s what being in a band is all about. Working with people who takes a different approach to writing and making it mesh all together.

You’ve got a few dates coming up on the West Coast. Any chance of making it over to Europe – and perhaps the UK – this year?

Nothing set in stone just yet, but it has been on our to-do list for some time! We can’t wait!

I’ve seen some video clips of you guys on the road. Looks like you’re having fun and have a strong bond? Are there ever any bust-ups?

Sitting next to anyone for 40 days straight could cause some bust-ups, but having a good time doing this is one of the most important parts. You sacrifice and struggle so much to go out and tour that if you don’t have fun and have a good bond with your band mates it’s just like, why am I doing this, you know? We all love what we do and we do our best to make sure everyone knows it too!

If a young metalhead has just enough cash for one album this week why should he make it Casuistry?

I feel like Casuistry is a good bridge between modern death metal and some more old school death metal elements. It’s something a young metalhead and his old man can both enjoy! Haha

Thank you again for listening to and supporting Abiotic. See you all soon!