Formed in 2003 in Holloway, North London the terminally cool The Priscillas are a pleasing amalgamation of power-pop, glam and garage punk. Having performed with the likes of The Cramps and The Damned and terrorised audiences from the UK to the USA Peter Dennis decided it was high time to catch up with lead singer Jenny Drag.

Can you start by telling me about your musical lineage. What first fired your interest in music? Who influenced you then and who influences you now?

My personal faves as a kid started off with stuff like The Beatles from early memory. We often had the radio on and my parents and siblings played lots of records on the “hi-fi” so I remember music ranging from traditional Irish music to pop, country, classical, punk, rock, folk. I took piano lessons and was involved in (mainly) vocal music at school. My brother Jim (he plays guitar) and I would sing together and write songs from an early age. We shared a house when we moved out of the family home and had a basement studio that we had put together. I found a local music video channel when I was in high school called U-68 that played lots of underground music and British imports. Also, college radio and a station out of New York called WLIR exposed me to lots of new music at the time.. I was a DJ for a little while on a pirate station as well. Now, I wouldn’t say I’m influenced by any particular band as such, but there are definitely some great bands/musicians on smaller labels (or not yet signed) I’ve gotten into over the past several years, (some I have worked with) like Otherworldly Things, Marc O, Belle Scar, Mum Dad and the Kids, Mz Moxy.

London, and Holloway, in particular seem very important to you. What do these locations mean to you as an artist?

Legend has it, The Priscillas met in the now defunct all-female Holloway Prison. This has never been verified or disproved. Let’s just say, we spent a lot of time in the area…

What was the reason for forming the band? How easy was it to find three other people with the same vision?

I moved over from New Jersey in the early 2000s after having had bands of my own for years, playing the NYC circuit. I searched for musicians, did some auditions, but the girls who were starting to form The Priscillas got in touch with me through word of mouth. Apparently, the founding drummer, Mavis used to see me walking around Camden Town and thought I looked cool. The rest is… herstory…

The bands line-up has fluctuated over the years. A good or a bad thing?

The fluctuating line-up has mainly been due to life-style changes. The original fellow founding members all eventually went on to have families and other careers. That was never on the cards for me and since our fans never lost interest in us, I thought it would be silly to stop. We haven’t been as active as I’d have liked over recent years, mainly due to changing line-ups, but we’ve had some great opportunities and done some cool little tours, shows, festivals, radio/TV and events. Over the years we’ve played from basement bars in New York to the top of the Gherkin in London! We decided a while ago to have stand-ins for when someone was unavailable so that’s helped us to not miss out on things we really want to do. Last year, Lisa was on hiatus so rather than put everything on hold, Jola from Adam Ant’s band played drums with us while Adam was off tour. That was great fun. And Dieselle May stepped in on guitar for Val when we played with Rose McDowall, which for me was a dream come true, being a long-time Strawberry Switchblade fan. 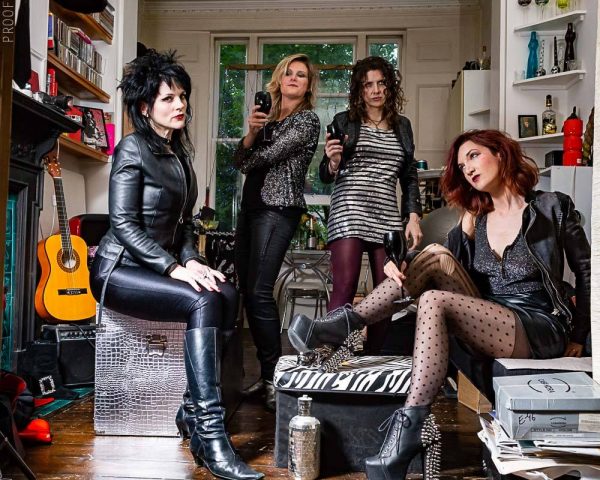 How does the current line-up gel together?

You tell me! You were at the Electric Ballroom show. We hadn’t actually all played together in that line-up for over a year, come to think of it! So, I’d say we snapped back into it pretty quickly, after one rehearsal!

It’s been 11 years since your debut album. Why so long and when can we expect another album?

Yes, regrettably, we haven’t released anything for a long time. It’s not to say I’m not writing all the time. I have a ton of song ideas to get through. We’re all in various other projects too. I’m involved in an electronic pop band called The Mild Perils and Val plays bass with Lene Lovich. We’ve written some new stuff inspired by the plague, like I’m sure many others have. Who ever could’ve predicted we’d get a plague in our life-time in case the well ran dry with inspiration?! Not to mention all the other nonsense that’s happening at the moment. A plethora of material which will no doubt be making an appearance if I ever get my stand-up comedy career going!

You’ve performed and been well received all over Europe. What makes your sound resonate with foreign audiences?

We adore playing in Europe. It just seems fresh for some reason. I think in the UK, particularly in London people tend to not show their emotions as much. I guess it’s either down to being generally more reserved, or the fact that live music is easier to come by here so we take it for granted. Not sure. We’ve made Spain our home away from home and it’s always such a blast to tour there. Not to mention being treated so well with nice food and wine, music gear taken care of, warm hospitality…the weather! It just never seems to be a struggle, even if we’re playing nine shows in seven days in eight different cities. We also have a great tour manager/booking agent there which also helps a lot.

How has the band functioned/promoted itself during the current Coronavirus malarkey?

We’ve gone a bit quiet, to be honest, which I don’t think is such a bad thing. We’re keeping busy with various different things like taking courses…and playing with kitties…the important stuff! But like I said, we have been inspired by the madness. We tried doing some zoom rehearsals but the latency was hard to deal with. So, when we were asked to play the Ballroom, it was like a godsend. We have all been very cautious throughout lock-down and beyond so literally hadn’t seen each other for five months!

How was it playing the socially distanced gig at The Electric Ballroom earlier this month? How did you approach a gig like that?

It was brilliant playing the Ballroom. I hadn’t played there for ages.. We supported (in a previous line-up) Seasick Steve in 2007 I believe, which was a hoot. This time it was fabulous but quite different. We were very excited to play a proper show again and it was great, albeit with a different atmosphere. The staff handled it very well with covid-safety precautions: temperature check upon arrival, seating spaced out, masks worn at the bar. And of course, playing with a Sex Pistol, it was extra cool. We’ve known Glen Matlock and Neal X for a number of years. Lisa was in Sigue Sigue Sputnik with Neal in the ’90s so they had a nice little catch up. Really glad we did it. The audience was fantastic, despite having to stay in their seats, we felt the love.

Finally, what can people expect from The Priscillas over the next 12 months? Can you even plan in this current climate?

If only I had a crystal ball. But the ice has been broken with meeting up for rehearsals and song writing so more of that is definitely in the plans. The shame about London now is what in the industry is surviving. Some of our favourite studios have recently closed down which is quite devastating. Much more needs to be done to save the music. Please, government and people with disposable income, if you’re reading this, we need help! In the meantime, we just have to keep positive and come up with new ideas. It’s hard but there really is no alternative. 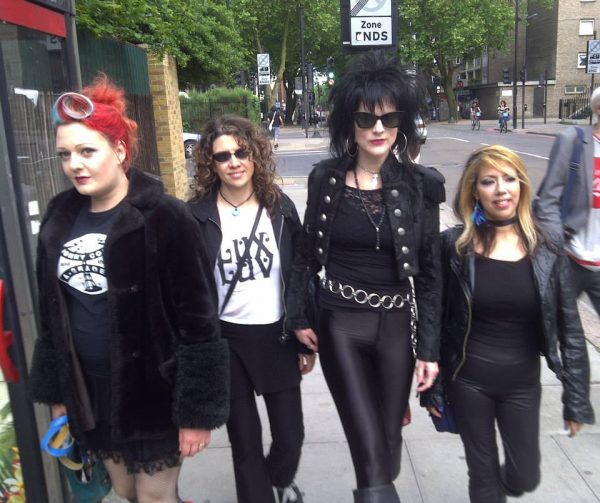