Hailing from Tokyo, Japan Lie and a Chameleon have recently released their second album, JUGEM so Peter Dennis decided it was time to speak to vocalist Cham (.△) and find out what’s going on in their anime-influenced world.

Please introduce yourselves. Who does what in the band?

We are “Lie and a Chameleon”. There are five members. I’m the vocalist, my symbol is a blue butterfly and my most favourite anime is Three Kingdoms. I also love speaking English more than speaking Japanese. There are two guitarists in the band. One of them is Sosuke Watanabe. He always drinks cola in our music video so that’s why he is called ‘coke boy’. He composes all the parts of our songs. The other guitarist is Yuta Sueno. He is always laid back, so his nickname is ‘grandpa’. The bassist is Asahi Shibue. He is characterised by his red hair unique style that he plays while stepping. The drummer is Takumi Aoyama.  He is a very powerful drummer, and he loves the manga ONEPIECE.

How did you all meet?

We first met up as just friends. Our home towns are little bit far from each other but we met up in Tokyo as if we were drawn by fate. I invited each member one by one to the band. Finally, in 2014, Lie and a Chameleon in its current form was completed. 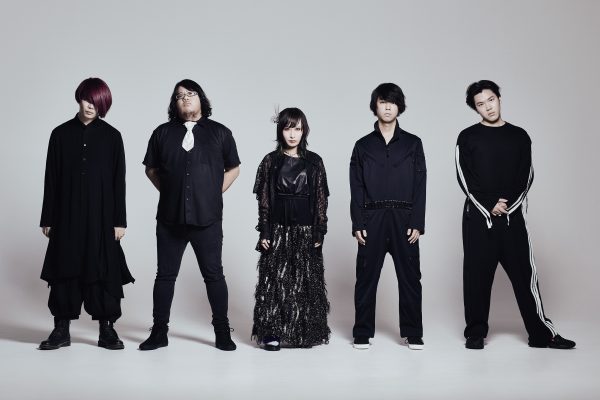 Why did you choose the name Lie and a Chameleon?

I chose the name Lie and a Chameleon: just like how a chameleon changes to different colours depending on its location, I wanted to create a band with different colours and having a lot of expressions, not just one. I didn’t want to be tied to a label like ‘female fronted band’ and wanted to be free to do anything interesting, that’s why the word ‘Lie’ is included.

I grew up with songs by Michael Jackson since I was a child, thanks to my father’s influence. I also love Michael’s beautiful heart. I’m influenced not only by music, but also by novels, films, and all the artists who express something. For example, Yayoi Kusama, Yoko Ono, Gauguin and Renoir. For Watanabe it’s a Japanese Fusion. He played drums, bass and guitar from an early age under the influence of his parents. His favourite group is the Japanese band, the band apart. Our guitarist Sugeno loves Japanese rock music. He has been listening to BUMP OF CHICKEN. As for bassist Asahi, he listens to the heaviest music of all the group. He likes hardcore, loud rock and metal.  His favourite bands are Sum 41, Fall Out Boy and 9mm Parabellum Bullet. Drummer Aoyama is the most normal type. He likes listening to what’s popular at the time. His favourite artist is Tokyo Incidents. Each of us like completely different music but when we are combined a chemical reaction takes place that is Lie and a chameleon…it’s like magic!

You recently released new album JUGEM. Can you tell me about the recording progress take? How long did it take? Are you happy with the outcome?

It took us five months from the beginning to the end to record our new album, JUGEM. This time we stuck to how to create and record sounds for each song, with the theme that “music with good sound quality and good music are different.” Each time I make a work, I am confident that this album is the best ever.

It seems that the album is unified by lyrical themes? From where do you draw inspiration for songs?

The guitarist Watanabe composes all the parts of our songs. I write the lyrics. When we try to make an album, we don’t decide the theme first. Rather than trying to make music, we value the sounds and emotions that naturally occur at that time. Although there is sometimes input from other members, it is basically created by the inspiration of Watanabe. This time, it became like a live album that conveys the energy and emotions of our live show.

Two songs from the album were used in other media (‘0’ for Brave Souls and ‘Mononoke In The Fiction’ for In/Spectre). What is it about your music that lends itself so well to soundtracks?

I’m very happy to have you think so! We wrote these songs after we read all volumes of the manga again and again. Every time we create something as newly written, we think about the proportion of the original and our band deeply. This time, both songs were made for anime, but it became a sound and a poem that includes my own strong feeling. So I think it can fit perfectly for the anime. 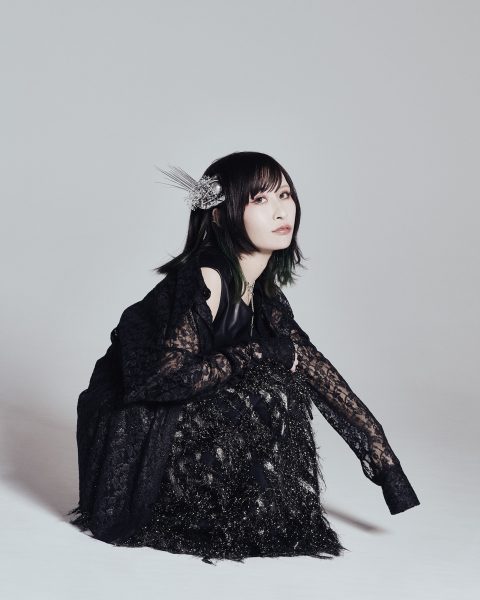 With live shows uncertain because of COVID-19 how will you promote the album?

Because of coronavirus, we don’t know when our live shows will start again. We can’t go anywhere to promote this album now, but we can reach out with our songs to anywhere through the internet. In fact, since we released these songs, the number of foreign fans has increased and we’re very glad. They cross the sea and always deliver us warm words on music videos and Instagram and so on. We try to keep creating music. Please find us!

Finally, what are your future plans for Lie and a Chameleon?

We will continue to make music that can be enjoyed by ourselves so that we can return a big love and gratitude to you as much as possible. I have so many foreign friends. There is no difference between Japanese friends and foreign friends at all. I always think that it doesn’t matter what nationality, age or gender you are when you try to enjoy something. I’m really happy if we’re one of the things that enrich your life. I’m really looking forward to seeing you someday!