It’s really all about the songs, I don’t set any boundaries when writing…

The new album Stormcrow is about to be released. Has it turned out as you hoped when you originally started writing the album?

Yes, it’s actually pretty damn close to the vision I had when I first started writing the material. Usually it’s pretty hard to get everything to sound just right, the way you envision things in your head when writing, but this time it’s really close to what I had in mind. Of course when you look back there’s always something that could’ve been improved or done differently, but that’s normal and happens to everyone, every time.

Your sound has a power metal edge, but do you fear the power metal fan base may not take to Stormcrow given that it is less aggressive and has a stronger keyboard presence?

I don’t really worry about that. I think the term “Power Metal” might be a bit too narrow to describe this album anyway. Certainly there are some power metal elements and songs, but overall the main focus is on the vocal lines and melodies, so maybe “Melodic Metal” would be more appropriate term to use. I think that a lot of the power metal fans can find a lot of things they’ll enjoy on this album, and people who generally are not that into power metal can find things they’ll like as well.

Obviously the highly melodic sheen means it will appeal more to AOR and melodic rock audiences. Was it your intention to write a more genre crossing album or just a natural progression of the song writing?

It’s really all about the songs, I don’t set any boundaries when writing. I just start writing and see what comes out. I certainly was not intending to try and be more cross over, but melodic songs can lead to that direction, so I guess it’s just a natural progression and evolution as a writer. 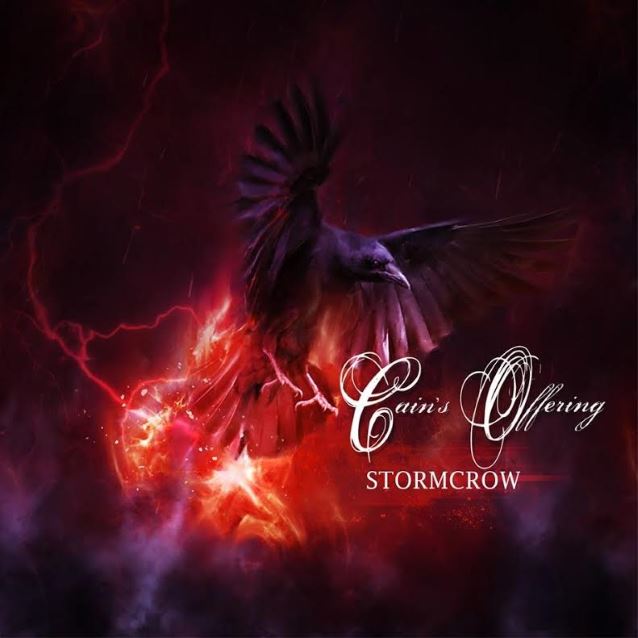 Can you talk to us about a few of the songs? Are there any meanings or stories behind them that may be of interest to readers?

I usually try and leave it to the listeners to make up their own interpretation of the songs, since the lyrics can resonate a lot stronger in someone who reflects on the lyrics using his or her own life and experience. A song can get “ruined” if someone thinks the song is for instance about love and then the author comes out saying “No, you got that totally wrong, it’s about aliens”.

As for songs, the closing track of the album “On The Shore” was an idea that Timo had had for a long time. I think he played me the first version of the chorus already 3-4 years ago. He was kind stuck with the song and even when I came along we couldn’t really get it anywhere. Now, for reasons unknown to this date we went back to that song and reworked it completely. I think only on this latest time we dug it up it went through about 5 different forms before we landed on the one that is now on the album, and listening to it I can safely say that the amount of time and effort we put into that song was not in vain. Sometimes it takes some sweat and “elbow grease” to make a song work, but then when it works, it REALLY works!

Is there any plan for Cain’s Offering to play live in the UK?

As you might know, Cain’s Offering has never played live as yet to this date, but we are currently discussing the possibility to do some live shows in the beginning of 2016. Should that happen I would be more than happy to bring this bunch of merry men to UK soil as well.

Who are your song writing influences?

I can’t really say I have any big influences when it comes to song writing. There are a lot of phenomenal writers in the metal world, in the pop world, in the sound track world and of course in the classical world. I don’t really listen to that much music anymore, since I’m always too busy working on some project and when you are swamped with music anyway you really don’t want to put anything on when you are not working. For my song writing, I just try and do what sounds good to my ears. Sometimes it’s a simple ballad, sometimes it’s something more epic, like “I Am Legion”. I love writing music as it is pretty boundless and there are really no limits to what you can do with a song.

With Cain’s Offering featuring prominent members of Sonata Arctica and Stratovarious was it important to retain a similar sound or did you use this album to be a little bit more experimental? Obviously I’d say Cain’s Offering is less ‘heavy’ than those two bands.

I don’t really see it like that. First of all, in the current CO lineup there is only one guy who ever even was in Sonata Arctica, and that’s me, and it’s been almost 10 years since I was in the band. As for Stratovarius guys, they are now here because they are the best at what they do and also they are good friends of mine. I didn’t deliberately try and write something that would sound like Sonata or Strato, but of course I grew up with that kind of music and I still love some elements from that genre so I guess it’s only natural that the sound of Cain’s Offering would be in the same ballpark, so to speak. I wouldn’t say I necessarily tried to be more experimental or “less heavy”, but I guess it’s just my style of writing. That said I think there are some pretty damn heavy moments on the album as well.

So what’s next for Cain’s Offering following the release of ‘Stormcrow’?

Well, for me now it’s the promotion duties, naturally, and we are also slowly working out our individual schedules so we can finally take Cain’s Offering on the road. Can’t really wait as I think it will be a total blast to perform this material live. I think it is also safe to say that it won’t take another 6 years to make the 3rd Cain’s Offering album.

Is there anything else you would like to add or say to Midlands Rocks readers?

Thank you all for your interest and support guys and gals, we hope to see you on tour as soon as possible. Let’s drink many beers! 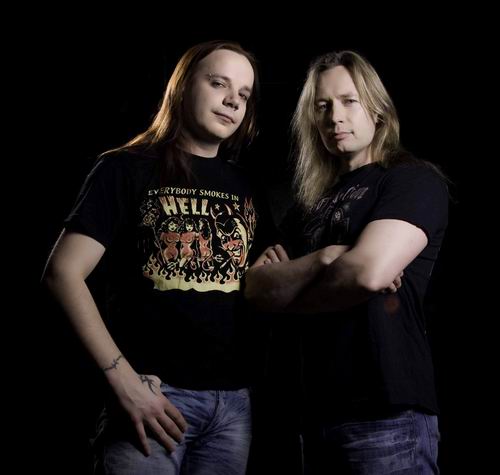