Modern Vintage is a celebration of creative freedom and our friendship.

Sixx:AM is a rock supergroup consisting of Nikki Sixx (Motley Crue), DJ Ashba (Guns N Roses) and producer James Michael. The band is about to release their third album, entitled Modern Vintage. MR’s Raymond Westland caught up with lead singer James Michael to ask him all about the background stories of this remarkable album, his role as producer and the impact  that The Heroin Diaries, the band’s debut album, made on many peoples’ lives…

What I really like about Modern Vintage is the diversity and the fearless approach to the album. To which extent was this done on purpose? Is it some kind of statement?

That’s a great question! Yes, in a way it can be seen as a musical statement. Back in the early days Sixx:AM was a project and we didn’t want to get stuck in the parameters of being in a band and all the limitations that come with it. It was the same kind of attitude we had when we started writing and recording Modern Vintage. We didn’t want to limit ourselves musically. Modern Vintage is a celebration of creative freedom and the great friendship that exists between DJ Ashba, Nikki Sixx and myself. 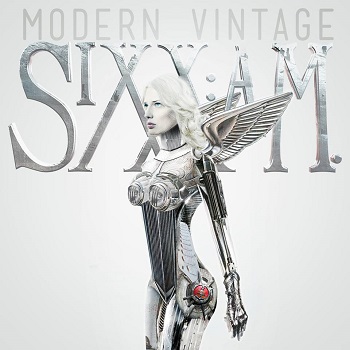 “Gotta Get It Right” is quite a left field choice as the lead single for the album. What made you choose that song?

We really wanted to go for a less obvious choice in order to get the conversation started about the new album. Modern Vintage is all about celebrating the artists and bands we grew up with and present them in a more modern and contemporary way. “Gotta Get It Right” has some influences from ELO, but also from Queen. Some people didn’t recognise it as being a Sixx:AM song (laughs). Of course we could have chosen songs like “Stars” or “Give Me A Love” which are more in line of what people expect from us, musically speaking. However, “Gotta Get It Right” really embodies the spirit of our new album and that’s why we picked that song as the lead single.

You also recorded a worthy rendition of The Cars’ ‘Drive’, giving it almost a triphop like feel to it. What’s the story on that?

It’s actually our first cover song we recorded with Sixx:AM and “Drive” by The Cars fits very well in with the rest of the material, because of its sad lyrics. Most Sixx:AM songs have a very dark lyrical edge, so this made that made “Drive” the perfect choice to cover. There’s some hope in the lyrics as well and that’s something we feel very strongly about in our band. No matter how dark the subject matter is, it’s always important to incorporate a glimmer of hope, some kind of light at the end of the tunnel if you will. Recording that cover also ties in with the general message behind Modern Vintage, namely representing our musical heroes like David Bowie, ELO, Queen and Elton John in a modern way (laughs).

First and foremost the three of you are good friends. In what way does it drives the creative chemistry forward?

We are very close friends first and foremost and the music is very much a byproduct of that friendship. With DJ being on the road with Guns N’ Roses all the time and Nikki Sixx being busy with Motley Crue it was very difficult to get the three of us in the same room as you can imagine. Of course you can use Skype for long distance communication and you can send musical files back and forth, but it just doesn’t have the same vibe as three people sitting in a room together jamming and writing music. We don’t see each other that often sadly, so when we get together it feels very special and that also fuels our creativity. Our friendship is what pushes our creative chemistry forward. It’s the lifeblood of what Sixx:AM is all about.

Modern Vintage is more than just a record and it will be a part of something bigger. Can you share some details on that?

Well, Modern Vintage is the first Sixx:AM record that doesn’t revolve around a book or a set of photographs, so that’s really refreshing (laughs). At the moment we’re putting a massive tour together and this will be our first tour in years, so I’m very excited about that. Our stage show will feature a lot of theatrics just like Queen and David Bowie had back in the day and we’re in the process of sorting all the logistics out. After spending two years in my studio I almost feel like a caged animal, so I can’t wait to get out and tour again (laughs).

Both Nikki Sixx and DJ Ashba are larger than life figures playing in some of the biggest rock bands in the world. How do you cope with that? How does it work within Sixx:AM?

It’s true, Nikki had an incredible career with Motley Crue, but despite his reputation he’s one of the humblest and most gracious people I know. When DJ started out with Sixx:AM he wasn’t a member of Guns’ N Roses and he’s a very grounded and level-headed guy. In many ways Sixx:AM is our refuge and it’s the one place where we can be creative without having to cater to anyone’s need or expectations. That is why Sixx:AM is so dear and precious to all of us and that’s why there’s such an incredible creative dynamic between the three of us. Basically we’re three dudes in a band who love creating music together.

You worked closely with Motley Crue on Saints Of Los Angeles. What are your thoughts they’re calling it quits? Do you think it’s really the end of The Crue?

It’s bittersweet really. This is the final chance of experiencing them live celebrating their incredible musical legacy and they’re having a ball doing it. It’s very much something they do for the fans. Of course there are still the Motley Crue records to turn to, but it won’t be the same when those guys are no longer around. This will be their final tour, so if you get the chance to see them live I recommend you go to their show before it’s too late. On the brighter note, it will give Nikki Sixx more time to focus on Sixx:AM. We’ve been discussing putting a possible fourth Sixx:AM record together (laughs).

You’re also a renowned producer who worked with some very big names in both pop and rock. How do you go about your business?

You know, every artist is insecure about the things they do and how they express themselves. That is where creativity comes from. As a producer I help artists and musicians navigate their insecurities. Learning how to subdue their egos is another big thing for me, because ego is the biggest roadblock between themselves and honesty. Once they’ve managed to overcome that’s when great music is created. I also act as their audience in a way, because there’s a massive discrepancy between how artists see themselves and how they are perceived by their fans. Producing a band or artist is all about psychology and knowing what makes them tick.

The Heroin Diaries is a brutally honest account of Nikki’s heroin addiction and subsequent recovery and it caused quite a stir. Did you guys receive any feedback from people who decided to turn their lives around and seek treatment?

Yes, many people bravely stepped forward and shared their stories with us and it’s a very humbling and immensely gratifying experience on both a musical and personal level. A lot of people connected to “Life Is Beautiful”. A song called “Lies Of The Beautiful People”, which is off our second album, resonated strongly with our fanbase as well. It’s about how people getting judged pure on the base of their skin colour or just how they look. It’s something that many people can relate to. Connecting and receiving feedback from ours fans is ultimately the one thing that drives Sixx:AM forward and what we are all about.

Finally, Not too long ago Gene Simmons claimed that rock is dead. How do you see things?

I love Gene and yes he has a way of stirring up a lot of controversy with his remarks. Some of them are calculated and some of them are more off the cuff and often taken out of context or simply misinterpreted by some people. Gene is rock guy himself and I believe he referred to the sorry state the music industry is in today and his frustration that rock music isn’t so important anymore to people as it used to be. Of course his comments about Robin Williams untimely passing away got him in a lot of trouble, but sometimes people just read too much into what he’s saying. As for me I rather focus on more positive things like Sixx:AM and our new record (laughs). 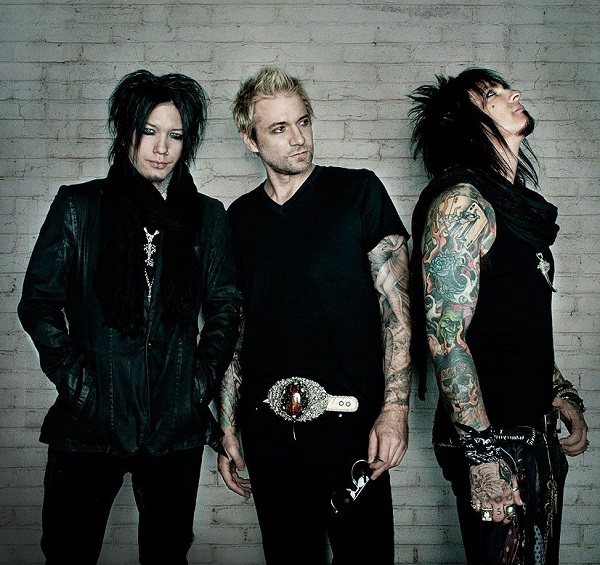