…the wormwood star, the fall and apotheosis of Lucifer and what these ideas mean on the archetypal level.

With Erebus Enthroned no more, vocalist Nihilifer returned to Ignis Gehenna to add further fuel to its fire, the debut full length Baleful Scarlet Star released through Seance Records on 9 January 2017 (review here). Here, MR’s Jason Guest gets an insight into the band, the album and its development, and the future while the thick incense smoke of burning pine and eucalyptus resin fills the air…

Thank you very much for taking time out for this interview and congratulations on Baleful Scarlet Star, a very impressive piece of work! Ignis Gehenna began in 2007, one year after Erebus Enthroned began. What was it that differentiated this band from Erebus Enthroned?

It would have been the youthful fanaticism of that time that sparked me to create more music. The biggest difference at the time would be that I was composing all the music for IG; whilst Erebus had its phenomenal guitarist exhuming his mind of riffs, I was adding lyrics and vocals. At the time Ignis was also the result of a long distance friendship between I and the man behind the name Archfiend. It reflected our collective musings and expanding weltanschauungs. 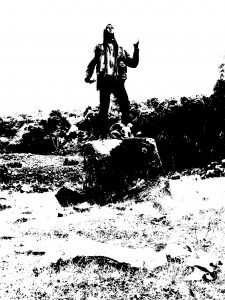 Why return to Ignis Gehenna rather than, say, begin a new band?

The plan to record an Ignis Gehenna album has been in play for years. I felt absolutely no need to start a new band.

The musical composition on Baleful was a lot more thought out than the previous recordings. The EP was uglier in sound and in parts redolent of music I was listening to heavily at the time. The demo was a shining exemplar of ineptitude with recording software and Latin grammar. Though I was a lot younger then, there was an honest intent behind it that I can’t ever scoff at.

Did you have an idea of how you wanted Baleful Scarlet Star to sound, or did each of the tracks and the whole thing take shape as it was being developed?

Some pieces were formed with a particular musical sculpture in mind and others came about as they did in their own way. I do feel that the material shaped up in an organic way; resulting in a coherent and flowing album.

I will have to cast this back to about 2009. I had composed a full length album of material with another Erebus Enthroned member for a new project. This never saw the light of day besides a rehearsal recording. Our focus had become too invested in our main band and the project dissolved but not without a few songs being re-written and arranged. Over a further few years these re-arranged songs along with brand new ones took form and remained unrecorded but locked within my mind- my close friends only hearing the material. The writing process would have officially stopped after recording as there were parts added in there strategically as well as on a whim once I could hear all the instruments played together.

The title Baleful Scarlet Star relates personally to the promethean impulse expressed within the music. Symbolic of the wormwood star; the fall and apotheosis of Lucifer and what these ideas mean on the archetypal level. One other thing that occurred to me after the fact was noticing the stars Antares and Betelgeuse on various occasions while conducting ritual work at night in the Australian bush. Certain insights from these rituals inspired lyrical passages as well as provided key symbols and visions woven within the words.

What were the main influences for Baleful Scarlet Star, musically and otherwise? And how did they influence the music and the creative process?

With the album having been recorded a year and a half ago and having spent many years prior in the writing stage, specific musical influences elude me for the most part. I’m sure there was a bit of influence from things I was listening to a lot at various points. The lyrics however were inspired by experiences, dreams, visions, ritual workings and the catharsis and insight gained from them.

With Archfiend based in USA and Nihilifer based in Australia, how did you approach composition for Baleful Scarlet Star?

I’m not sure if you’re aware but for years Archfiend has been entirely out of contact. The musical composition happened the same as it always did, with me. Around the summer time of early 2015 the lyrics for the album seemed to arise one after the other, like a flood gate being opened after substantial time not writing lyrics.

Can you tell us about the artwork and how it relates to the album themes?

I would prefer to speak about the sense of synchronicity surrounding the image. From quite a while ago I had thought the album cover should include a faceless figure wreathed in flames to illustrate the Promethean archetype. I had encountered the art portfolio of an old mate who released the Revelations EP and saw a painting I really liked. It didn’t suit the IG album, but I knew it would work with some other music I was working on. I contacted him only to find the painting had been sold. He then offered to paint a new piece for me under no instruction. What I received not only matched my once vague idea of what I would want for the IG album but contained visual portrayals of certain images from each song on the album, all the while having not heard a note nor read a word from the album.

What does the act of making music mean to Ignis Gehenna?

It has meant many things over the years. Put succinctly, it is to express the idiosyncratic and ecstatic sorcery of life.

Do you have any plans for shows in support of the album?

Not currently. I would like to, but this may take some time.

What would be the ideal setting for an Ignis Gehenna performance?

Probably in a circle of stones, before a large bonfire, my forehead anointed with my own blood, the thick incense smoke of burning pine and eucalyptus resin with an audience of the hostile forces of nature only.

Early days I know as the album is just being released, but what does the future hold for Ignis Gehenna? Is there more music in the works?

Originally Baleful Scarlet Star had 9 songs clocking in around 80 minutes in length. 3 songs remained without lyrics so they were left off in order to be given the right time and bursts of inspiration needed to finish them. So the answer is yes. 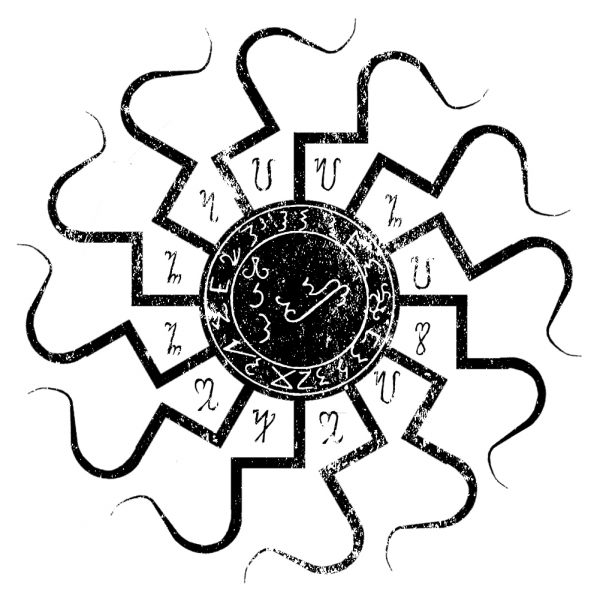