“The best we can hope to achieve in our own blip of a lifetime is to be as empathetic and kind to our fellow man as possible.”

Hi Greg. Thank you very much for taking time out for this interview and congratulations on Splinters (reviewed here).

No problem, thanks for the review.

For you, how does the album differ from A Fragile King? Does it mark a progression for the band?

The new album is more extreme than the first. A Fragile King is a straight up homage to the glory days of death doom. With Splinters we wanted to keep that core but diversify the influences. So we have things like rudimentary grind core, classic crust punk, funeral doom, even black metal moments happening within this record. It’s a progression in that sense but we are not trying to be clever and cutting edge,we are simply writing songs to the best of our ability within the musical genres we grew up with.

Splinters has pushed the band’s sound even further into extremes, the death and doom aspects are much heavier than before, and grind has also been integrated. What bands were you listening to while writing? And how did they affect the music?

With Splinters as an album I wanted to try to capture the excitement of what I see as the golden era of extreme music. I was there right in the middle of it at that time and there was a lot of innovation and great song writing going on. It’s the music I first got into and that’s something you don’t forget. Bands range from Conflict to Celtic Frost, Antisect to early Napalm Death, Bathory to Nihilist etc.

The first album dealt largely with feelings of grief, and Splinters sees this idea develop from the personal to the societal (with everyone being a splinter of society). Was this development in the band’s sound prompted by the development of the ideas between the two albums?

It just felt that because the music was diversifying from the first record that the lyrics should too. There are 2 or 3 tracks that talk about grief but as you say the majority has turned toward various other matters that I feel very strongly about including mental illness, addiction, greed, war, society, religion, etc.

The album has a lot of intolerance towards the human race, government, religion, and how badly we treat each other. Do you think this will ever change? Do we have the power to bring such significant changes about?

I can’t see it ever changing as long as the world is controlled by money and who possesses what. I would like to think that this is a phenomenon of the affluent countries but unfortunately it comes down to human nature it seems. The best we can hope to achieve in our own blip of a lifetime is to be as empathetic and kind to our fellow man as possible.

The writing for the first album, A Fragile King, was almost complete by the time the band was put together. Did all of the band members contribute to the writing for this album? If so, how did it affect the music?

The songwriting for this album was primarily done by me again but the difference this time is everyone was involved from the first note. I needed the other guys’ wealth of knowledge to help develop Vallenfyre further. It was important that we got everyone’s personality onto the record.

The artwork was designed by Brian D’Agosta. What was it about their work that drew you to him for Splinters? How much direction did you give him in its design?

Brian D’Agosta came to my attention through Scoot, our bass player. Brian had worked with one of Scoots other bands, Extinction of Mankind, before. I loved his style and the diversity of his work. He was a pleasure to work with and after I gave him some lyrics, demo tracks, the title and some outline ideas, he came up with the whole concept which suits the music and photography perfectly in my opinion.

Why did you choose Kurt Ballou to produce the record?

His outlook on production is the same as ours as a band. None of us wanted to make a perfect record. We wanted to make a record that had a great feel regardless of imperfections.We did however make a lot of noise which Kurt has very expertly managed to make almost listenable.

Will you be playing any shows in support of the album? Tours? Festivals? Will you be touring the UK?

Yes we will. It is immensely difficult with everyone’s differing schedules to organize but we hope to do at least 2 small tours and various shows within the next year which will of course take in the UK at some point. The only festival we have booked for this year at this point is Obscene Extreme in Czech.

What does the future hold for Vallenfyre? Is there more music in the works?

Who knows. I never think too far ahead. It’s too depressing. We have no plans to do another album within the next few years but we have 2 or 3 tracks we haven’t released yet that we may use for something like a split EP before the end of the year. 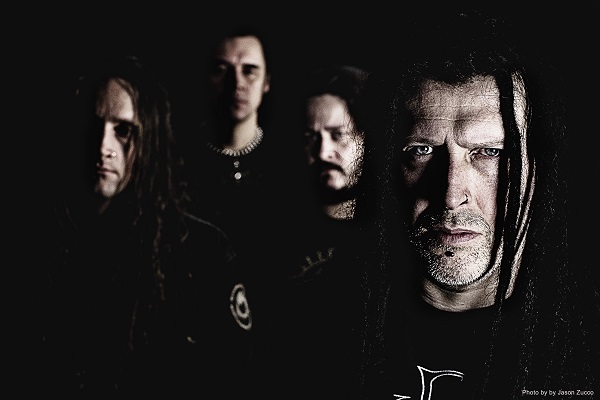