Now it’s just another genre with “fans”, nothing more.

It’s been 12 years since Nocternity released a full length album. 17 April 2015 and the accomplished Harps of the Ancient Temples appears. Here, MR’s Jason Guest gets an insight into the album’s development over the years and why it was recorded twice, the band’s history and its evolution, and what black metal has become…

Thank you very much for taking time out for this interview and congratulations on Harps of the Ancient Temples (reviewed here). It’s been twelve years since your last full length, 2003’s Onyx. Why so long for a full length release?

12 years is indeed a long time, on the other hand there was no point for me rushing into a mediocre release just for the sake of keeping the name alive, the world is already full of useless releases, it had to be something worth it, a step beyond Onyx and only when it felt absolutely right to be finally out no matter how time it took us. Also working with my label kept me busy enough.

Can you tell us about the album title, its meaning and its relationship to the music? I take it it’s a reference to early 90s black metal of Scandinavia and Greece, or is there more to it than that?

Actually it’s more of a Vangelis reference but that’s another story. When I first recorded this track in 2004, it fitted perfectly with the atmosphere and the feeling of old mystique and forgotten. That’s what HotAT exactly is, an album definitely not belonging in 2015 but to the very roots of what got me into this genre.

Harps of the Ancient Temples is the title of one of the band’s releases from 2007. Why did you return to that release for inspiration the album?

We never left in the first place. The 2007 EP together with the 2011 S/T were both parts or previews of the album, that was very clear from the beginning , all these years the main goal was to complete HotAT as a full album, these where just little glimpses .

What was it that you wanted to achieve with Harps of the Ancient Temples? What kind of progression does it mark since Onyx?

Both backwards and forward. Backwards because comparing to Onyx, it’s a much simpler album (at first listen..) stripped to just the essentials, guitars bass and vox and an old reel to reel recorder; forward because its exactly what I had in mind making an album sound like, unique, something the scene has been missing the last 15 years at least, an album that could be heard 20 years ago, now and in 20 years.

I have a very strong connection to the ancient past and imagery and that combined with the feeling of absolute and solitude is what you get with HotAT, a one way ticket to the pits of Hades (for what Hades might be for every individual).

I had an exact idea of how the album should sound like and it has been achieved.

Were there any major overhauls to the material? Did any tracks get significant re-writes or re-arrangements?

Not really, all compositions where finished by 2009 and we recorded it first time in 2010. Most delays occurred due to members.

According to the accompanying promo material the album was recorded twice, first digitally, in Switzerland, Hellas, and Sweden, and the second version was analog recorded in Studio 5 in Athens. Why record it twice? What was the difference between the two versions that made you choose the analog version?

After Onyx my only option was to make an album that could offer something different and unique and take a step further or just shut the fuck up. I would record it as many times as it takes to bring it exactly where I want it otherwise not release it. The first version which was digital, it had the exact same performance but didn’t sound right to me, something was missing. You can’t play anachronistic music and just try to recreate a very specific sound that generated this whole genre with the comfort of digital recording and its lack of depth. So everything has been deleted and started from scratch with a Tascam ATR60 and the result was by far better. Also there is a different drummer and bass in the analog recording. 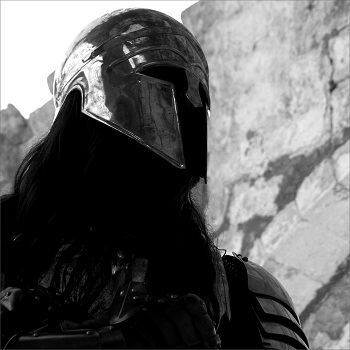 Can you tell us about the artwork? What does the figure on the front represent?

The cover photo was taken in 2010 at Aegina island to a hill where there are ruins of about 300 medieval churches very near to Aphaia Temple. I always thought this was a very special place and so we tried there to make a cover on top of the ruins. The figure on the front is our trademark, like Iron Maiden have Eddie, kind of thing!

Nocternity has been in existence since 1997. How has the band evolved during that time? How does the band of 2015 compare to the band of 1997?

Well the 1997 band was a joke comparing to 2015 but that’s normal for me, you do have to start from somewhere and evolve. I think the best era was 2002-04 and the last 2-3 years. For me evolving means knowing exactly what you want to deliver and how, with your own personality and signature to it.

Black Metal is now mainstream, everybody can access it, it has nothing to do with the past. I think this is the biggest change, Black Metal used to be mystique, dangerous, something for just few people that actually believed in the most crazy ideas back then now it’s just another genre with “fans”, nothing more.

Over the years, Nocternity has seen a number of line-up changes. For Harps of the Ancient Temples, original Harps… vocalist W. has returned and N.S. features on drums. What drew this line-up together for the album?

There were many holdbacks with Daemon when we started this album, mostly distance and some shitty situations that occurred in his life, the album already got a 3 year delay because of it so it was time to complete it. W’s. voice was the original from the 2007 EP and I think it fits perfectly for that album so we moved on with that choice. N.S. is a good old friend of mine and for me it’s important to feel comfortable with the people I create music with so it was an obvious choice.

Solitude, individualism, eerie and unique, as simple as that!

Well, that has happened since ‘97 or so when it got really major and mainstream so it’s nothing new. No it can’t and it’s completely fine with me, unique is only for once after that it can’t be recreated or catch the atmosphere of that time. Nostalgic? Sure making records in the same early vein for nostalgia is good but don’t fool yourself the early records and that feeling will never be recreated or return as it was.

I really don’t care, people can do whatever they want and pretend whomever they would like to be, work in supermarkets and consider themselves grand magus of cosmic forces at nights or whatever bullshit they can come up with. I only care of what I have in my soul and kept it unaltered for all these years. The rest is just good entertainment!

What does the future hold for the band? Early days I know as the album has just been released but is there more material in the works? Will we have to wait as long for the next album?

There is lots of material but again it has to be something really unique as well to be published so who knows what the future brings. Expect the unexpected!

What would be the ideal setting for a Nocternity performance?

Playing the record alone at your stereo with no distractions, that’s the only Nocternity performance you can get.

Thank you for the interview Jason, my closing words is that HotAT is NOT for everyone, it’s not a mainstream release belonging in 2015 and most likely will appeal only to people that have been around the days that BM indeed had something to offer, HAIL! 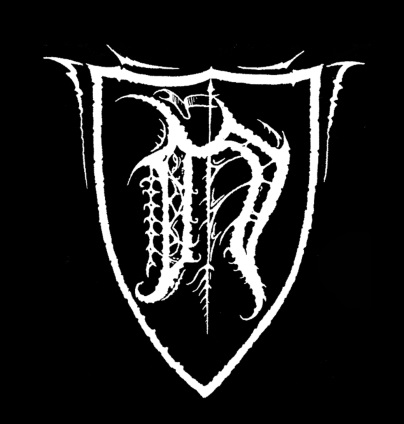