With age comes wisdom… or hangovers…

2011 saw Norways’s Isvind release their first full length in fifteen years. Reforming after a long hiatus, the album saw them on form, the impressive 2013 album Daumyra (reviewed here) confirming that they were here to stay and were not about to veer from their dark, melodic and destructive path. 26 June 2015 and their fourth album, gud, will be released.

Here, Goblin, one half of the founding duo, talks to MR’s Jason Guest on anumber of subjects, including the band’s progression since 2013’s Daumyra, the band’s goals for new album gud, developing their knowledge of all things grim in a wide range of texts including the Old Testament, expanding the line-up as well as having Tsjuder’s AntiChristian fill in on drums on the new album, and climbing Norway’s highest mountain to take a picture for the album artwork…

Thank you very much for taking time out for this interview and congratulations on Gud, another excellent piece of work from the band (reviewed here). It’s been two years since Daumyra. How have the band progressed since then?

When we made music and recorded Daumyra, I really felt that we were moving forward in a steady pace. We had some good shows, and some bad shows after that release that triggered something in me that made me want to just do another album as soon as possible but without compromising or cutting corners. We came up with some pretty deep melodic parts and more intricate arrangements that kick started the process, and during that time, our long-time drummer Slää was ready to once again join us for shows, something that we were really happy with since we have worked with him since 2003 and we know all his qualities as a drummer. So we then stood again with 4 musicians that had played since 2003 adn we talked about it and thought it was best to just adopt Slää and Skævvtroll as full-time members and take them into the writing of gud, a situation that has not been in Isvind since we were called Icewind way back in 1992, as Arak Draconiix and I have done all the music for all the releases since Nivelheiemen.

What did you want to achieve with Gud?

First of all, we wanted it to be a well written album, and second to stay as true in its form as possible. On other releases there has always been tracks, riffs or variations that are sort of last-minute emergency made-up stuff. The goal here was to make sure that each note and beat on the album had its place and was planned out, and not to rely so much on reflex and routine.

The last few years I have been really interested in learning more about religions not to just be in opposition without knowing exactly why. That meant I saw a lot of debates, lectures and read religious scriptures. During that process I found that there were so much grim and dark things in the Old Testament, so we talked about it as a concept and went with it. Slavery, death, deceit, poisoning, very harsh punishments and more. It turned out to be quite a bottomless well to draw inspiration from.

The only thing we knew about the way the album should sound was that it should be as clean as possible to give credit to all the lines and connections in the music. It’s hard to say exactly how all the music came there, but there were both tracks that were written all based on strict rules for notation meaning it’s more like office-work rather than composing, and more free flowing tracks that come over a longer period of time both working as a band in our studio and by re-writing riffs from right after Daumyra. And as always, we did some changes when recording the final product in the studio. I like that; it makes it more alive and gives it more of an edge. 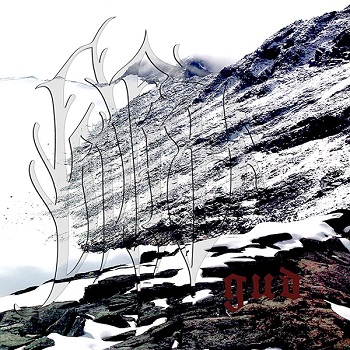 The cover is always a hard thing to do. We worked on some ideas back and forth, but they all were either impossible to do, or looked quite cheesy. We went with the picture on the cover because it shows a place where the album concept was discussed between Arak and myself. It’s a photo taken coming down from the highest mountain in Norway, Galdhøpiggen.

I have no choice but to work with the man, because the man who took that picture was Mr Arak Draconiiz himself when we went up that mountain last year.

Since Daumyra, Isvind has grown from a duo to a quartet. Why choose to expand the line-up?

We had worked with both musicians since 2003, and it felt natural at this point to take them on as full time members. We knew well their capabilities and what they could bring to this release. It’s also a stress-lowering factor here, where we know we have members ready for gigs and don’t have to do last minute changes in line-up before shows. I see us 4 working as a band until there is no more Isvind.

What have Slääbrääch and Skævvtroll brought to the band? And how have they contributed to Gud?

Slää is a really good drummer and he can play the parts I never could giving the extra dimension to our music that we couldn’t do before. It was great to finally sit in our studio when recording rehearsal and test drums to just say “play this” or “play that” on parts. That said, he is also a very creative drummer meaning the writing process is faster in regards to drumming.

Skævvtroll is a machine; he can do great things on bass. He has done a great job with writing bass lines and recording them. He also plays a 5-string bass, something we have never used before so there is some extra depth here.

Because drummer Slääbrääch broke his arm just before the band began recording the album, you brought in Antichristian of Tsjuder stepped in. Why did you choose to work with him? How did he learn the material so quickly? And what did he bring to the tracks?

Anti-Christian is a friend of mine since 5th grade, but we have never worked together before, strangely enough. Not on anything serious anyway, but we did play some bands way back before pubic hair and beer. Anti-Christian is such a talented drummer, and we were all blown away on how he just came to the studio and laid down the tracks so fast after just hearing them one or two times. He nailed the parts that Släa had made so the end result is not far from what we would have had with Slää on drums, not better or worse of course, just different because of different playing styles.

Will Slääbrääch be returning to the band? And if so, when?

As soon as he can move his arm around in a normal fashion again, he is back behind the drums with us. It was a nasty and complicated break with his arm so the healing process is slow. I think he will be back sometime this summer.

Isvind has been in existence since 1992. How has the band evolved during that time? How does the band of 2015 compare to the band of the early days?

Strangely, I see a clearer connection between our first demos and gud than between that time and Intet Lever and Daumyra. The way I made music back then feels quite the same as these days. One thing that is the most obvious change is the speed and attack in the songs, but everything has started moving faster since then. I mean, listen to Immortal’s Pure Holocaust these days, that’s nothing. Also, we write better lyrics, but with age comes wisdom… or hangovers.

First of all, the explosion of bands from 1995 and one was of gigantic proportions. That led to the bigger bands getting bigger, and the smaller bands more generic sounding I think. There is a lot of gold to be found in Black Metal, even to this day, but if I was to say something negative it would be that some bands tend to try too hard to sound a certain way, and that usually shines through. At least in my ears…

What does the act of making music mean to Isvind?

Obviously it’s really important. I know that sounds lame, seeing we had a 14 year down-period. I am a creative person, and I can’t not create. The fact that we got the band started again and now as a 4-piece is also very inspiring. Last 5 years I have not gone one week without doing something Isvind-related, and it doesn’t seem to stop any time soon.

For Isvind, is there a sound, an idea, or an ideal perhaps that you are searching for when creating music?

Isvind has always been melodic, and the music we make these days to keeps true to that. I personally make a lot of music, both for Isvind and other projects, and it’s easily recognizable in my ears when it is an Isvind-thing or not. It’s important to just let the music flow, and do the sorting later. Never throw away anything. I am a riff-hoarder.

For Isvind, what defines black metal?

I think I can only speak for my own taste in Black Metal, and that is dark, melodic and destructive.

What does the future hold for Isvind? Is there more music in the pipeline?

There is more music down the pipeline! We had more or less 11 tracks going to the studio (9 finished and 2 in the making), but 9 was the number we needed. There is talk of a 7″-split somewhere there in the future. As soon as Slää is back on his… ehm, arm, we will do steady rehearsals and keep making music.

Any plans to tour in support of Gud? And will we be seeing you in the UK anytime soon?

Yes, I hope we can get a tour going to spread the word of gud around. UK would be great to play, as we have never been there before. I think you should start seeing more concrete plans for a tour after the summer so we can get on the road early next year.

Thanks for having us! Your readers should know that they’ll see us at the bar. Come see for yourselves! 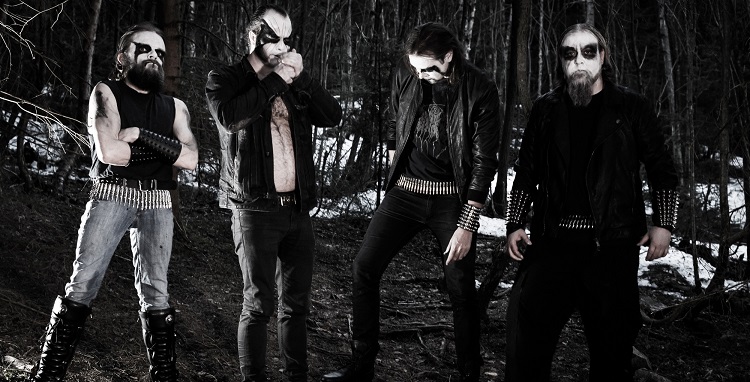