Australia’s Spire have been continually evolving since their formation in 2007, releasing a self-titled EP in 2010 followed by the majestic Metamorph EP in 2011 (re-released by  an enamoured Iron Bonehead Productions on 12″ vinyl in late 2014). 2016 and Spire’s inevitable debut album Entropy will appear on 19 August. Here, G.A. and M.R. talk to MR’s Jason Guest about the band and its progression, the album and its themes, writing 14-minute tracks, production, nihilism and the absence of spirituality, and philosophy…

Thank you very much for taking time out for this interview and congratulations on Entropy.

With 2 EPs and a split with Midnight Odyssey behind you, what was it that you wanted to achieve with your first full length?

G.A.: Entropy is a natural progression for us. The first three releases were always building up to this album. We always wanted to record a full-length but didn’t have the experience or vision in the past to execute such a long piece of music. With Entropy we finally have both! We certainly wrote and recorded enough with those previous releases to make them much longer, but chose to never compromise by putting in bullshit filler, or (in our opinion) imperfect songs.

What kind of progression does Entropy mark for Spire?

G.A.: Both musically and conceptually this is our crowning achievement to date. For the first time we’ve been able to build a lengthy, single unit of music which comfortably fits together with the themes we’ve played with previously.

M.R.: The writing process is rather fluid. We just use our personal experiences and influences to dictate the music’s direction. We write and rewrite in an unstructured way until the songs sound natural and ‘right’.

M.R.: Material for Entropy has been in the works for over 5 years. The thematic concepts for this album have been discussed as far back as Spire’s inception. We spent a lot of time writing and refining the music, and its execution. We’ve produced a ton of demos and other discarded tracks along the way that just didn’t fit. The process of refining the record until we were absolutely satisfied with the end result required a lot of patience, time and effort. When you hear Entropy, you’re listening to the end result of hours and hours of recorded music which was cut down to only those parts we deemed perfect.

What are the themes on the album? And where did you take inspiration from?

G.A.: I’m very interested in ideas around existence, purpose, morality and how these concepts shape people.

Ultimately the album is an allegory. We present a nameless protagonist struggling with the widespread phenomenon of suffering, both personal and more broadly. Each song is a stage in this journey which begins with moral introspection and conceptual meditation, but ultimately (due to perceived purposelessness of existence) leads to a feral descent into insanity. Our purpose is to show that while logic, reason and morality may well be the ‘best’ intellectual tools that people can use to make sense of, and function in the world – they come at a very high cost.

Our inspiration is simply taken from the frustration borne of living in a miserable fucking world where suffering is (and always has been) plentiful, whereas purpose is not. This is a very personal project.

Spire has written long songs before, Metamorph’s ‘Mort’ being close on the eight minute mark. The title track of this album is close to 14 minutes. Did you plan to write a track this long? How did it develop?

M.R.: The songs, both Mort and Entropy , weren’t planned to be long. They just ended up this way throughout the writing process. While writing some songs lend themselves to length, others don’t. It’s all about letting the music naturally progress to our tastes and finishing with what sounds most right to us.

The production on the album is very different to your previous releases, less “murky” but no less powerful. Why this change in approach?

M.R.: Spire will always be about progression. Each release is unique to our lives, influences and attitudes at the time of writing. For Entropy, the cleaner production is simply Spire’s sound matured and refined. For this release, the clearer production was very important for executing the concept. High definition was vital as we wanted to make it clear that musically, we have nothing to hide. 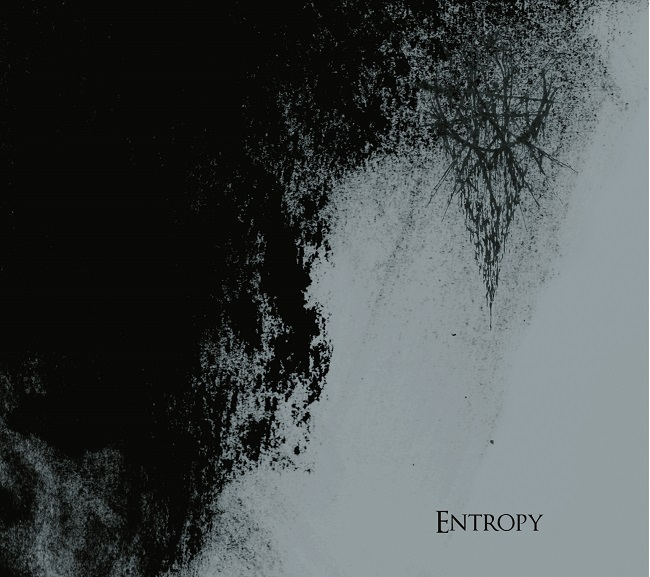 G.A.: The artwork is a series of ‘snapshots’ of the album’s protagonist. Each piece represents a step in their path to madness.

G.A.: We were very fucking lucky to find an artist who understood our vision so perfectly in Ryan Thompson. At first sight, his work really resounded with us. We provided conceptual direction, but the actual execution was purely Ryan’s. We were privileged to have his talent on board.

How do Spire approach composition? Is it lyrics first, or the music or a concept…?

M.R.: It’s pretty fucking chaotic to begin, to be honest. Usually we have some idea of a concept which the music is written for. But as the writing progresses, the concept will change and be refined. Then the lyric writing can throw the whole lot back to square one. It’s a long, tiring and iterative process. We don’t recommend it to people who value their spare time.

Is there a concept or a philosophy that underpins Spire’s music? What inspires it? And how does it manifest itself in your compositions?

G.A.: Nihilism has always been the conceptual base for me. Lyrically and vocally, this music is an extension of personal beliefs. Ultimately the band serves as a catharsis, providing a channel to rage, scream, and weep ‘into the void’.

Formed in 2007, how has Spire developed / evolved since its inception?

M.R.: Spire has definitely moved a long way since our self-titled EP, and the evolution is far from over! There are many different ideas we have, both musically and conceptually that we are yet to explore. Although it’s been almost 10 years since Spire was conceived, it’s still ‘new’ to us. We have a long way to go.

The music of Spire is very atmospheric and very moving and would lend itself very well to visual formats. Any plans to develop the visual aspect of Spire?

G.A.: We would love to! Doing ‘performances’ rather than gigs would be an ultimate destination for us. However, the time, effort, and resources needed to execute such a performance in a tasteful manner are seriously limiting factors.

G.A.: No. I prefer Hegel’s notion that “Art is the sensuous presentation of ideas”. Music certainly has power, but only insofar as it invokes an emotional response in the listener. There’s nothing spiritual about it. That said, I personally reject all forms of spiritualism, and as such I have a certain bias in my understanding of music’s meaning and purpose.

Does Spire have any plans for live shows? And if so, will we be seeing you in the UK anytime soon?

G.A.: We hope to be back on stage at some point in the future, but nothing is planned at the moment. We’d love to get to the UK and Europe too.

What would the ideal setting be for a Spire live performance?

G.A.: It’s all about the atmosphere! Something like the DarkMOFO festival (held each year in Tasmania) captures the kind of tasteful aesthetic we would find ideal.

What does the future hold for Spire? Is there more material in the works?

M.R.: Creating Entropy was an extremely taxing process. New material is a certainty, but it’s all a matter of time. We’re very patient and will always endeavour to never force ourselves to write.

In the spirit of Entropy , we may as well end with a Schopenhauer quote: “If you try to imagine, as nearly as you can, what an amount of misery, pain and suffering of every kind the sun shines upon in its course, you will admit that it would be much better if, on the earth as little as on the moon, the sun were able to call forth the phenomena of life; and if, here as there, the surface were still in a crystalline state”.

Thanks kindly to you and your readers for their support. 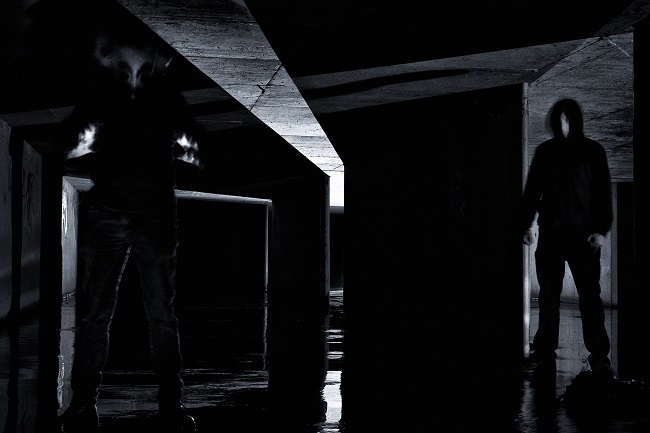