Feel the touch of the abyss on your spine…

Four years after their Descend-Ascend EP and seven years after the first full length, the impressive Morbid Prayer, Finland’s Teloch have once again stepped out of the shadows to bring unto us mere mortals album number two, Thus Darkness Spake (reviewed here). Here, T.I. talks to MR’s Jason Guest about the new album, its creation and its themes, the band’s development over the years, their influences, and Finnish poet and journalist Eino Leino.

Thank you very much for taking time out for this interview and congratulations on Thus Darkness Spake. Your second full length release, what did Teloch want to achieve with this album?

We wanted to make an album with sinister and dark atmosphere, an album that could match our vision about our ideal sound as much as possible.

Sound wise we kinda knew what we wanted, but the actual songs just came and took shape as we practiced them at our rehearsal space.

Can you tell us about the lyrical themes on the album? And where did inspiration come from?

All of the lyrics that I have done are like diary entries. They reflect my state of mind, ideas and thoughts about life and the path that I am on or was at the time. Inspiration springs from there and sometimes from things I have read.

‘Hymni Tulelle’ was written by Finnish poet and journalist Eino Leino. Why this poet and this poem?

I have adored Leino for years now and the poem in question is one of my favorite ones from him. It also fits the lyrical theme of the album nicely. 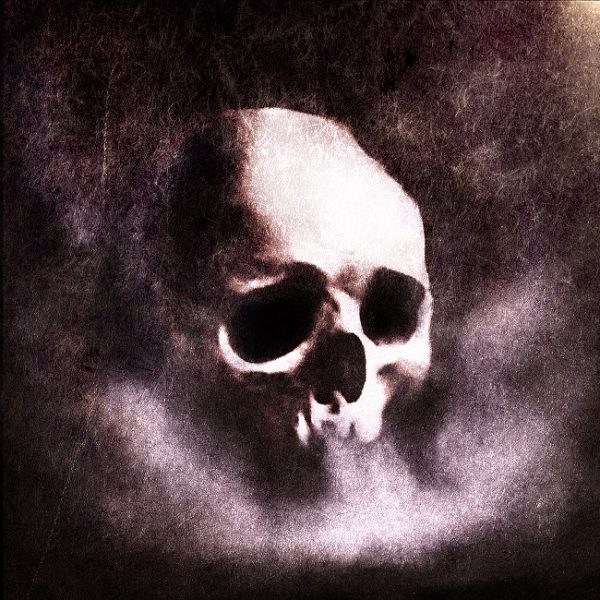 Can you tell us about the artwork and how it relates to the album?

The concept is rather abstract but this is one of the ways we saw darkness speaking.

I’d say the most important thing he did was that he pushed us when we were satisfied with a song but he thought that we could do more or better.

Why did you choose to work with Saturnal Records for the release of the album? Do you plan to stay with them for future releases?

We have known some of the guys for a long time and we know that they give 100% effort for all that they do so choosing their label felt like a good choice. Yes we are planning on staying with them in the future.

It’s been seven years since Morbid Prayer and four years since the Descent-Ascend EP, how have Teloch evolved in that time?

In many ways I’d say. We have become more professional, better musicians and better at arranging/making songs. And like I said before we are getting closer to the ideal sound that we are looking for. Today Teloch sounds more Teloch than ever.

V.L. of Blood Red Fog joined the band in 2012 as bassist. What has he brought to the band?

His fierce live presence and bass-lines.

How do Teloch approach composition?

J.R. writes the riffs and does the initial arrangement and we just start playing the song making changes if those are needed until we are satisfied. Simple!

What does the act of making music mean to Teloch? What, if anything, are you aiming for when making music?

As for any person doing art, music is an outlet for us. Away to express ourselves and the ideas we have.

Musical and/or otherwise, what influences Teloch?

Life events and personal experiences. Music-wise we probably get some influences from everything we listen.

Sound maybe? I don’t know as I don’t really think about stuff like this these days.

Any plans for shows in support of Thus Darkness Spake? And will we see you in the UK?

Not at this moment no. We would like to play in the UK, but no plans have been made yet.

What would be the ideal setting for a Teloch performance?

Some dim club with a capacity of 200-300 people. I think most band are better in  small intimate clubs than on big stages.

What does the future hold for Teloch?

Well there are some plans for a show in fall and I think we will start making new songs…Slowly but firmly.

Thank you! Buy Thus Darkness Spake and feel the touch of the abyss on your spine. 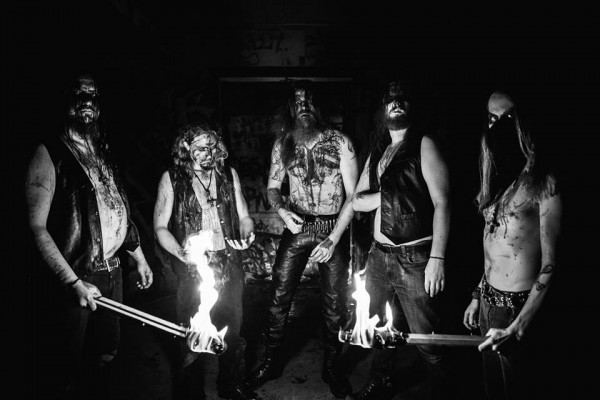