An endless source of inspiration in carnal pleasures, death, religion and substance excess…

With last year seeing the re-release of their 1993 debut EP, Necromantic Love Songs, it was clear that it wouldn’t be long before a new album was to appear. 24 February 2017 and it will be upon us. As their most diverse record to-date, Sermon ov Wrath contains a bewitching atmosphere, furious groovy riffs, and merciless brutality, proving once more that the band is not afraid to experiment within the genre. Here, vocalist/guitarist Ferry Damen spills the beans to MR’s Jason Guest about a bunch of stuff inclduing the album and its themes, what it felt like to listen back to the early material after all this time, and all the naughty stuff that makes life worth growling deathly and grinding guitarly about… 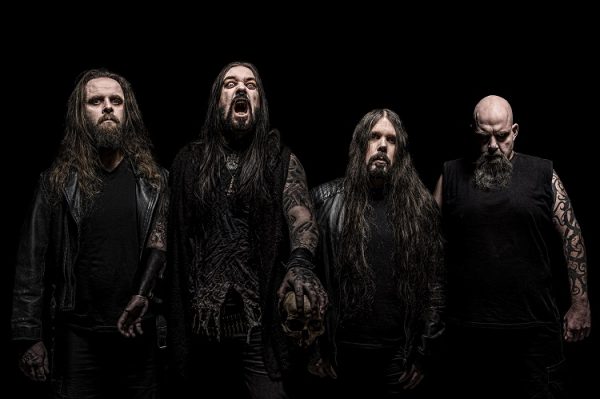 What did you set out to achieve with this new album?

There wasn’t a predefined plan. We want to write memorable music and there’s always the wish to surpass your previous release musically and the progression you go through but other than that it was a natural and instinctive process. It’s the inspiration that finds you and you walk with it and see where it leads, it’s a path where we don’t feel any outside expectations so we don’t abide to any form of limitation. We don’t know where we are going until there’s a sort of compositional spine. Once that shows things take form and we build on that. Once the album was finished I had a firm believe we achieved surpassing our previous work.

Did you have an idea of how you wanted Sermon ov Wrath to sound, or did each of the tracks and the whole thing take shape as it was being developed?

It’s like I said in the previous question, I’m being led throughout the whole process of composing. I’m not one that sits down and decides to write a certain song, I can’t.

The first riffs started to pour out at the end of 2015 but it’s not a continuing outpour, sometimes there’s months of nothing. We finished the last songs just a week before we had to go in the studio, which was September 2016. There’s no formula. There aren’t that many changes regarding arrangements, things that might change are the lengths of certain riffs because of vocal parts.

There’s a couple of songs that are rooted in the tradition of perversity & gore. A part of the lyrics embody nihilism, chaos, Satanism/the occult. While others embrace the spiritual elevation and find their origin in a very personal view.  An endless source of inspiration can be found in carnal pleasures, death, religion and substance excess

How has the band developed since Rites ov Perversion?

I think we’ve increased our composing skills and due to the fact we already had found our ‘sound’ on ‘Rites..’ there was no hesitation to step outside the traditional framework and expand and develop that sound.

You recently re-released the remastered 1993 EP Necromantik Love Songs accompanied with the 1992 demo Bowel Mutilation through Metal Blade. How was it to return to that material? Did listening to it again have any impact on the writing of the new album?

For one thing it made me feel old. It did not have any impact on the new material, the old stuff (and I’m saying this without any disrespect towards the material) is more one dimensional because at that time our instrument skills or lack thereof made that record the way it is. It’s not something I could or want to recreate, it would mean standing in the past and standing still.

With a history of 20+ years, how do you keep it fresh for Antropomorphia?

We just released our second single ‘Crown ov the Dead’ and just shot a video for the next single which will be released later this month. Playing live is our main focus at the moment. It’s hard to say what the rest of the years holds; guess we’ll have to see.

Any plans for live performance? And will we be seeing you in the UK?

We have a couple festivals confirmed, can’t tell you which ones at this point due to the fact the festivals haven’t made their announcements and we are looking into a tour or at least some weekenders throughout Europe.

Thanks for having us and see you all somewhere at a stage across Europe soon.

Beyond the Veil ov Wicked Dead. 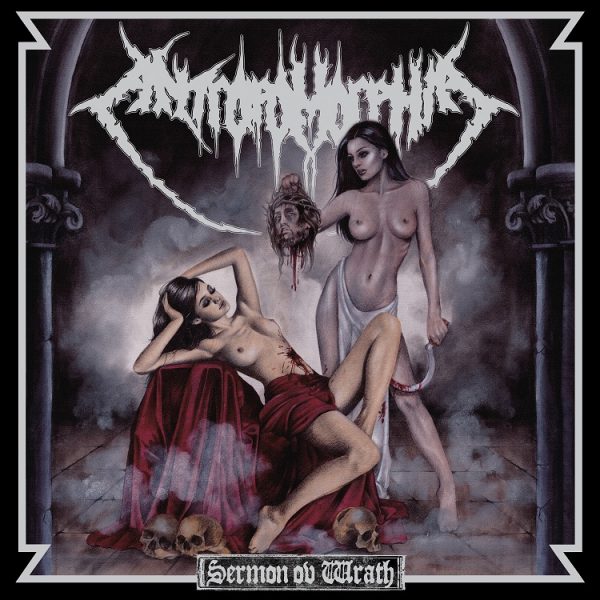