“Take away the devotion and honesty and you are left with a husk of mediocrity.”

From before Night’s Black Angel was recorded, intimations of the new album were beginning to arise. It wasn’t until early 2012 that Temple Under Hell’s writing process began to intensify and demand complete focus. This period of solidification yielded an album written in a much shorter timespan than our debut. We feel this creative burst bore a further streamlined yet vastly more dynamic work then our previous endeavours.

Did you have an idea of what you wanted to achieve with Temple Under Hell from the outset or did that develop as you were writing for it?

The musical and lyrical aspects of the album arose of their own accord, consciously unconnected to a work at large. However, toward the near completion of the album we began to glimpse upon something that in our understanding seemed whole and complete. We began writing this album with less of a clear vision than what it became, but during the musical and lyrical writing process a very powerful continuity began to display itself.

When writing for Temple Under Hell, did you discuss how you wanted the songs and your albums to sound or did it take shape as they are being developed?

The sound of the songs and the album as a whole took shape in a mixture of effort and inspiration, an interesting tandem between the intellectual and the intuitive. As with past works the compositional process occurred in different ways. This ranged from members writing in isolation and bringing their contributions to the group, to the band as a whole immersed in spontaneous creativity; amongst others. These varying dynamics of writing haven’t inhibited us thus far so we shall continue this way until other effective means of composition arise to be integrated.

For you, how have the band and its creative relationship developed between Night’s Black Angel and Temple Under Hell?

Our creative relationship definitely has developed, whether or not you can intuit this through listening to our latest works. Each limb of this entity functions together and on its own a lot more fluently, with a further application for both subtlety and the bigger picture.

Was your approach to the writing the same as it was for the first album?

The approach to writing the new album was fairly similar to the last. As explained prior, the writing process was further streamlined and a lot less scattered or gradual. What we wanted to achieve became clearer and knowing how to know what we wanted had developed through the experience of writing and performing together over the course of a number of years.

What were the main influences for Temple Under Hell, musically and otherwise? And how did they influence the music and the creative process?

As per our older works our aim has been to draw from deeper sources of our own personal inspiration. Of course, being musicians and fans of music of many different styles it is hard to ignore the impressions that come with the territory. The music we play is heavily Black Metal so while some influence from Black Metal remains in there, other musical styles have played a part in the forming of our own music. The energy of the music sometimes influences the lyrics and the delivery and tone of the lyrics sometimes influence the music. It is quite evident we are not beacons of avant garde or unorthodox composition; we just seek to create art for ourselves and to express deep and dark ideas, separated from the purpose of mere entertainment.

What are the lyrical themes on Temple Under Hell? Where does inspiration come from?

Lyrically, the primary source of inspiration was the Solar tri-unity of Birth, Death and Rebirth – an age old archetypal imprint within man’s collective unconscious. Or put succinctly; change. This alchemical process of the triangle squared plays a very strong part within the unfolding nature of the album and is put into the context of a sinister quest of sacrifice, transformation and illumination. The opening song ‘Sorathick Pentecost’ was penned in the earlier stages of writing and became the precursor to the inherent energy of the album, being solar in nature. The sub textual theme of Temple Under Hell is the archetype of a man beset upon the path of his own descent, enduring the ordeals of the abyss and through these crucibles of vitriol arises anew; transformed. It may sound like a concept album, but it’s not. The conceptual nature of the album slowly became apparent to us while writing it and the themes of this work lie beneath the words.

Were there any specific writers or works of literature that were particularly influential?

While some writers and specific works have made some subtle, yet irrefutable influence on the album. The album is not based upon any existing written work (although the basic idea remains within the mythos of many religious and cultural archetypes), but rather upon the empirical truths which we have sharpened and honed over time. With that in mind, no artist can deny that it is artistic and expressive dialogue with both their past and present fascinations which will tend to guide the creative hand. In this case, writers such as Milton and Blake as well as the apocalyptic writings of Steiner held some influence. Some food for thought emerged from certain traditional Satanic writings as well.

Can you tell us about the album title, its significance and what it means in relation to the music? And does it represent the band’s philosophy?

The album title explicates a wordless feeling and knowing. A sensing of a deep undercurrent that exists behind everything, be it the raw essence behind what we as humans seek to put into words or the confronting reality beyond the tenuous nature of mundane perception. The Temple indicates a state of utter silent solemnity that arises from the confrontation of Hellish ordeal. It is one thing to try and peel everything back to get there, but another for it to peel back everything about you. It certainly represents the band’s philosophy in what we express with music and what we as individuals seek in the real world.

The artwork was created by Denis Forkas Kostrimitin. What was it that drew you to him for the artwork?

For this work of deeply expressive music we required deeply expressive artwork. From before we contacted him, we were set upon portraying the album with a piece that expressed both the abstract and harsh reality, the chaotic and the sublime; we needed a piece of fine dark art. We noticed he had worked with a few other Metal bands before and were enthralled by his portfolio’s unique studies and paintings.

What direction did you give him in its design?

The direction given to him lies minimally at the point of discussing the general tone and theme of the album. From there, his creative self was set to work undictated by any of our few preconceived ideas. We feel this led to a genuine and wholly expressive piece, where his artwork could stand powerfully alone yet complement the nature of the album.

In a synchronous way his ideas, still mainly unattached to ours, reflected what we had created as a musical work. Our vision was inspired by the notion of descent and change, as was his. Interplay of Apollonian and Dionysian energy permeates the artwork and this is also something expressed subtly within the music of the album. He was a pleasure to work with and we elate in the fact the album’s artwork came from such an inspired and honest place.

In 2013 you released Accession of Fire, a split with Poland’s Blaze of Perdition. Why choose to work with that band in particular? What prompted the split release?

Accession of Fire had been in the works for some time before its release in late 2013. An old contact from Poland put us in touch and from there we began developing a great rapport as we composed and recorded our contribution. We had highly respected Blaze of Perdition’s work prior to getting in contact with them, so when the option was presented we graciously accepted.

Why did you choose to release ‘Deathless in Sin’ as part of that release rather than keep it for Temple Under Hell?

We composed ‘Deathless Sin’ as a stand-alone piece, unconnected to the work on Temple Under Hell that unfolded not long afterward. At the time of writing it, it was our lengthiest and possibly most ambitious piece to date. Containing more variation in the vocals and song writing that began to differ from that of Night’s Black Angel. We felt it was a great precursor to our second album. Some delays in its release occurred but in hindsight, it being delayed to that time worked ideally in the spectrum of Temple Under Hell’s release.

If you were to point to one track from Temple Under Hell as indicative of the band, which would it be? And why?

I won’t speak for everyone else, but personally I would say the album’s namesake track ‘The Temple Under Hell’ demonstrates the whole work at large in a concise form both musically and lyrically. This song is a further crystallisation of the alchemy of change contained within the album. Musically it taps into the many dynamics that were intensified following our debut and demonstrates them in a clear and flowing way. 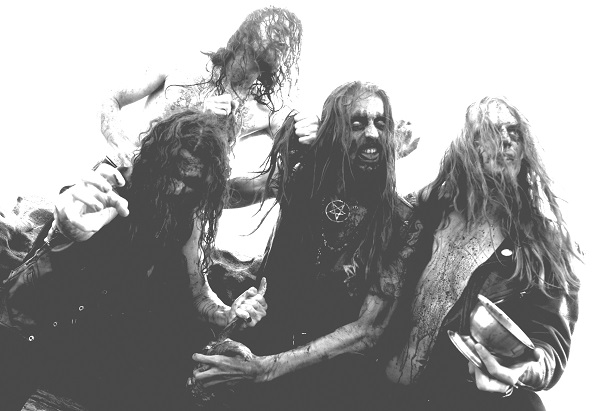 Are there any tracks that you think mark a significant development for the band or indicate where you see the band heading in future?

I think each and every song on the new album reveals a general progression and contains possibilities of where we might go in the future.

For black metal bands, artistic expression is more important than commercial success. How important is this to music and black metal in particular?

Of course it is very important. Take away the devotion and honesty and you are left with a husk of mediocrity. Commercial success is a touchy issue when it comes to both Black Metal musicians and fans. In general, I think that if you remain true to the reasons you chose to create art in the first place and never for a second allow anyone to censor your vision (either overtly or subconsciously) then there is of course no problem with gaining any sort of success.

What are the band’s plans for future live performances? Any shows coming up? And will we be seeing you in the UK at any point?

At the point of writing we only have two shows booked. One in our hometown of Sydney to formally inaugurate Temple Under Hell and then one in Germany at Under the Black Sun Festival. This shall be our first performance outside of our isolated country and we look forward to bringing what so far Australia has only witnessed to the soils of Europe. No plans to play in the United Kingdom have been made but we are always open to bringing our live rite anywhere.

What does the future hold for Erebus Enthroned? Early days I know as the album’s just about to be released, but is there more music in the pipeline?

There is always new music in the works in one way or another. We are currently writing two new songs at the moment but to disclose any more than that would be pointless at the immediate threshold of Temple Under Hell.

Thank you for the interview. Temple Under Hell emerges on CD on the 2 April through Séance Records. The vinyl long-player version is set to be released through the German World Terror Committee on the 30 April – the Northern Vernal Equinox. 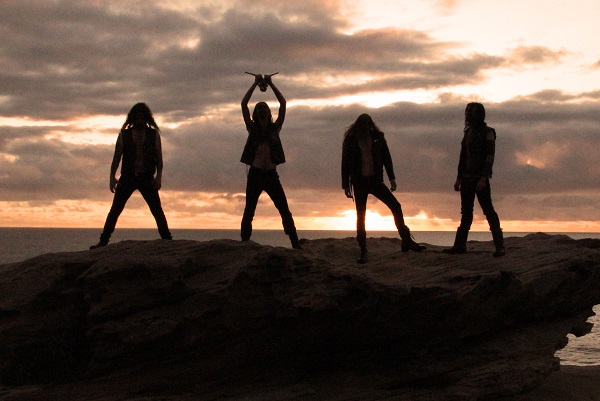