Fortid will continue as long as I have the breath…

With 27 March 2015 seeing Fortid release their fifth album, 9­ – a magic number in Northern mythology – band founder and mainman Eldur took time out to talk to MR’s Jason Guest about the album, its title and the album’s concept, the band’s evolution from the 2002 one-man project to the current four-main lineup and their plans for the future…

Thanks for taking time out for this interview and congratulations on the new album. Your fifth album, what was it that you wanted to achieve with 9? What kind of progression does it mark for the band?

We simply wanted a new album out and remind people that Fortid still exists and will continue to do so. We have progressed quite a bit, but for the listeners of Fortid, this new album does not sound like a different band. Our sound is still what it used to be. We’ve just added some new elements into the mix.

9 stands for the god Odin and his 9 days and 9 nights hanging in the tree called Yggdrasil. 9 is a magic number in Northern mythology.

Yes, this is a concept album about Odin. The lyrics are about his various methods to gain deeper understanding and wisdom. Some of the entities which he councils with are also mentioned in the lyrics, such as his ravens, the 3 witches of fate, the wise head of Mimir and the seeress that gave him the prophecies mentioned on our first 3 albums.

When you were writing for 9, did you have an idea of how you wanted the album to sound or did each of the tracks and the whole thing take shape as it was being developed?

Things happen on their own pretty much, but once there were few songs written for it, there was a lot of material weeded out to maintain that overall feeling of the album. 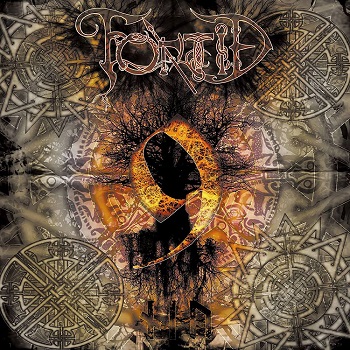 Tim Odom from Ghost Horse Art Design did this one for us. I worked with him online and we shared ideas and visions. Like with previous cooperation with other artists for Fortid, I had ideas that I wanted realised, but this time around the cover became a bit more abstract than the previous ones. He had his space to play around with ideas.

Fortid has been making music since 2002. Musically speaking, how has the band evolved during that time?

Both the sound and musicianship has of course become a lot more professional since then but like I said before; the style and the concept is still intact. There are more progressive elements in Fortid today and the softer parts are softer while the heavier parts are heavier. The song structure has developed a lot as well, so I think these different moods in the music flow more naturally together now.

Originally a solo project, Fortid now has four members. How has this expansion affected the band and its music?

Yes, Fortid started as a solo project of mine and I didn’t change it into a full line up band until after the 3rd album. That’s when Fortid started playing live shows and of course these members have all put their mark on the sound. I’m still the main song writer, but even though I write every note of a song, it could never sound the same if I was to record it alone. The other members are also very close friends so Fortid means even more to me now than it did before their arrival.

Not at the moment. I am moving to Iceland this summer to tend to my family. We’ve been offered some tours lately, but we will wait until the timing is better. Hopefully we can enter the stage again sooner than later. When I return to Norway is hard for me to say at this point. I’m taking one thing at a time.

Yes, I have already written 4 new songs for the next album and we also have a special release in the pipeline that will be out before the 6th opus. Fortid will continue as long as I have the breath.

Visit us at Facebook. That is where you get all the latest news about the band before anywhere else. Thanks for the interview. 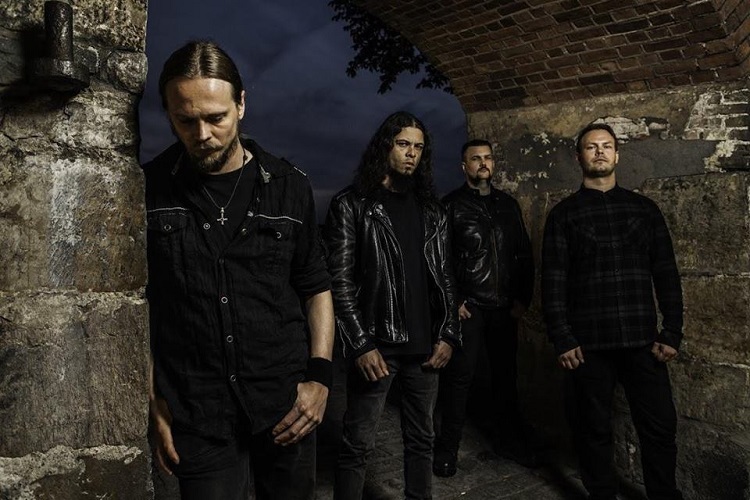